Join us on a robust scientific ride

At foodmed.net we invite you on a remarkable journey into the magic, mystery and solid evidence of good nutrition science.  With doctors and scientists across the globe as your guides, you’ll travel back with us back to the roots of modern medicine.

You’ll learn the wisdom behind the words of the ancient Greek sage, Hippocrates:  ‘Let food be your medicine’. And the wisdom of the ancient Chinese proverb: ‘He that takes medicine and neglects diet, wastes the skill of the physician.’

At heart, we’re about raising awareness of the politics and science of evidence-based medicine. The aim is to address and hopefully contribute to stemming global epidemics of chronics diseases.

At foodmed.net we embrace all branches of modern medicine’s allopathic tree. Our focus is also on integrative, functional and complementary medicine.

We take a broad view of food as medicine. We also see ancient disciplines such as yoga and Tai Chi as food for body and mind.

Our vision is for health care, not sick care, and methods of healing that first ‘do no harm’. In essence, we are about preventative medicine as prevention is always so much better than cure. We invite opposing views and robust debate on this rough and rollicking ride. 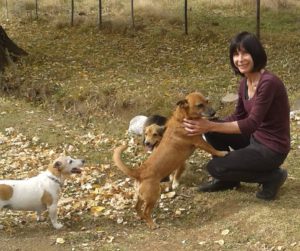 Foodmed.net publisher and editor Marika Sboros is one of South Africa’s top writers on medicine for health in body and mind.

She started her career in South Africa at the Rand Daily Mail newsroom as a hard news general reporter, with a special interest in politics and religion.

Thereafter, she moved to the BizNews website to build the health and wellbeing section. She has also worked in radio on her own health programmes.

She has an eclectic interest in food, medicine, health and healing in body and mind. Bio-individuality being what it is, Marika says that there is no diet that is one-size-fits-all. And that nutrition science, like the rest of medicine, is as much art as science.

She began writing on low-carb, healthy, high-fat (LCHF) lifestyles in 2014 and has co-authored two books on the topic with University of Cape Town emeritus professor Tim Noakes. The first is titled Lore Of Nutrition, Challenging Conventional Dietary Beliefs (Penguin South Africa 2017). It was revised for the international market under the title Real Food On Trial, How The Diet Dictators Tried to Destroy a Distinguished Scientist (Columbus 2019). Their second book is The Eat Right Revolution, Your Guide to Living a Longer, Healthier Life (Penguin 2021).

Marika says that the mantra that guides her at work and at play is one that CNN journalist Christiane Amanpour espouses:  “being truthful, not neutral”.

Marika has been a student of traditional Chinese and Japanese martial arts for 31 years under South African Master Edward Jardine.

Marika commutes regularly between South Africa and the UK and says that her heart lies in Greece and Israel.