Ketogenic (very low-carbohydrate) diets are becoming mainstream to treat a wide range of life-threatening and life-altering metabolic and neurological illnesses, ranging from type 2 diabetes to obesity, Alzheimer’s, epilepsy and more. Despite this, some doctors still consider carb-restriction diets a danger. They lack critical understanding of the impact of these diets on common medications, says US nutrition specialist and author Amy Berger. In the article below, she explains that ketogenic diets do induce significant changes to metabolism and electrolyte balance.  Those changes are welcome and not the risk, Berger says. To keep patients safe, clinicians simply need to educate themselves on how to deprescribe specific drugs safely. This avoids the real risk to patients: over-medication. – Marika Sboros

With the expanding popularity of very-low-carb and ketogenic diets for improving type 2 diabetes and metabolic syndrome, it’s critical that physicians and other medical care providers become educated in how to safely de-prescribe insulin, oral diabetes drugs, and antihypertensives.

Other select medications, such as antacids and various pain relievers, may also be able to be tapered down and eventually discontinued. But drugs for lowering blood sugar and blood pressure are the most important to adjust in a timely manner.

Ketogenic diets are so powerful for improving glycemic control that insulin injections sometimes need to be reduced or discontinued on the very first day a patient adopts the diet. Other drugs that are typically reduced or eliminated early on include sulfonylureas, SGLT2 inhibitors, diuretics, and select other blood pressure medications. 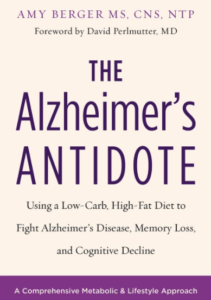 Ketogenic diets, by themselves, typically do not cause ketoacidosis. But there have been numerous reports of individuals on ketogenic diets who experience euglycemic ketoacidosis when combining the diet with an SGLT2 inhibitor. So, these are routinely de-prescribed by physicians experienced with ketogenic diets. (A recent Research Forum covered this topic.)

Other diabetes drugs that are often deprescribed early on after initiation of a ketogenic diet include sulfonylureas (owing to risk for hypoglycemia), and alpha-glucosidase inhibitors. The latter’s benefits (inhibition of starch-digesting enzymes) are much less pronounced when someone follows a very-low-carbohydrate diet.

Click here to read: Alzeimer’s – why fat in the diet may be key

Thiazolidinediones (TZDs) are sometimes continued since they do not cause hypoglycemia. Owing to concerns about long-term safety, these are typically deprescribed as soon as a patient’s blood glucose levels allow. Additionally, weight gain is a common side-effect of these drugs. So, it may be desirable to eliminate these sooner rather than later in patients with obesity.

A paper by the International Working Group on Remission of Type 2 Diabetes published last year in Frontiers in Nutrition provides an excellent overview of the rationale and implementation of medication deprescribing for individuals with type 2 diabetes who adopt ketogenic diets.

Additional deprescribing guidelines can be found in the Clinical Guidelines for Therapeutic Carbohydrate Restriction, created by the Society of Metabolic Health Practitioners.  The society is a group of physicians and allied health and nutrition professionals advocating for more widespread use of low-carbohydrate diets and creation of a new standard of care to disseminate related education and protocols.

Several classes of anti-glycemic medications are discontinued early on because, as these authors state, “The immediate goal is not normoglycemia, but to wean patients off of insulin or other hypoglycemic medications. In this context, short-term mild hyperglycemia is safer than hypoglycemia.”

A paper in Expert Review of Endocrinology & Metabolism provides more precise guidance on reducing and discontinuing insulin, guided by blood glucose measurements. The growing availability of continuous glucose monitors makes patients key figures in their own medication management. A standard fingerstick glucometer is sufficient to be able to measure blood glucose and adjust insulin boluses accordingly.

Apart from medications for diabetes, antihypertensives also need to be adjusted, as ketogenic and very-low-carb diets have a natural natriuretic and diuretic effect. Use of blood pressure lowering agents in combination with a dietary therapy that induces some of the same mechanisms may result in hypotension and its attendant light-headedness, dizziness, nausea, sluggishness, and, in severe cases, risk for fainting.

In fact, the “keto flu” ­– unpleasant symptoms someone may experience as their body adapts to a very low carbohydrate intake – is mainly the result of rapid electrolyte shifts and decreases in blood glucose, particularly when they are on medications for diabetes and/or high blood pressure.

It’s important to note that it’s not the diet itself, that creates potential for hypoglycemia or dangerously low blood pressure. The diet begins to induce its metabolic effects very quickly after initiation. As a result, the medications may become too powerful, resulting in a patient being overmedicated.

This is what is problematic; not the restriction of dietary carbohydrate that is actually improving these conditions.

Clinicians well-versed in the therapeutic use of ketogenic diets have noted: “Understanding the impact of diet on common medications is important to keep patients safe. The diet itself is not dangerous but it does induce significant changes to metabolism and electrolyte balance that may cause patients to become over-medicated.”

Patients with hypertension who begin a ketogenic diet are typically advised to check their blood pressure at home with one of the widely available monitors and to understand the signs and symptoms of low blood pressure.

Other drugs that may need to be adjusted include antipsychotics, other mood stabilizers, and blood thinners. As low-carb diets often resolve acid reflux, antacid drugs can often be discontinued but this is obviously not as urgent as safely adjusting antihypertensives and select diabetes drugs.

Women with polycystic ovarian syndrome typically experience an improvement in hormone balance and sometimes a restoration of fertility, so they should be advised that they may wish to explore contraception unless they desire to conceive.

A guide to adjusting and deprescribing medication for patients with type 2 diabetes who adopt low-carbohydrate or ketogenic diets can be found here.

The following papers are also recommended for medical providers looking to learn more about this topic: