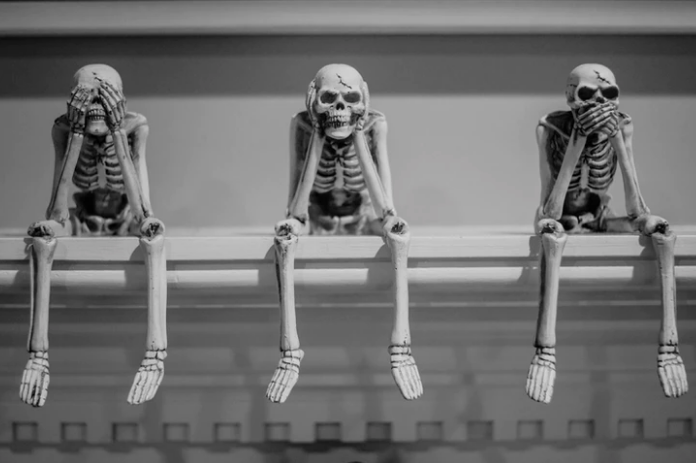 Crisis, you say. What crisis? If you’re talking nutrition science, it’s not just one crisis. Take your pick from related crises around nutrition in the US, the UK and South Africa – and most of the rest of the globe.

It’s not new – it was published in 2019. The author is US biochemistry professor Richard David Feinman of the State University of New York (SUNY) Downstate Medical Center in Brooklyn, New York. He enjoys a reputation as a teacher with “a gift for making accessible the intricacies of the body’s biochemistry”.

The book’s content remains relevant today.  It is primarily about biochemistry and food metabolism. It is about why nutrition science is in such bad shape, scientifically and ethically – and a source of harm. It’s also about one crisis in particular. Google misinformation, disinformation, fraud, nutrition science and carbohydrates and you’ll come across all the evidence you could want to red-flag crisis.

US science journalist Nina Teicholz writes on the cover that Feinman’s book is “fascinating … full of original, interesting material by one of the original low-carb researchers whose grounding in the field goes back decades”.

Feinman combines “a unique perspective with the experienced eye of a scientist”, Teicholz says. He has had a “front-row seat to developments in the field of carbohydrates and metabolism over the past decades”. This gives him “key insights into the latest research”.

Teicholz is author of another groundbreaking book for your bookshelf:  The Big Fat Surprise, Why Butter, Eggs and Cheese Belong in a Healthy Diet (Simon & Schuster, 2014)

In his book, Feinman demonstrates why it’s impossible to write about nutrition science and escape the sociology and politics of medicine. These disciplines bedevil and infect nutrition science to the point of harm – and terminal illness.

That’s in part – large part – a function of his view of science as “less about sophisticated measurements than about basic honesty”. That’s sobering but true.

If there were consensus among experts, it would be that misinformation, disinformation and fraud are rampant in nutrition science. And that real debates are around who are most culpable, why and the harm they cause. 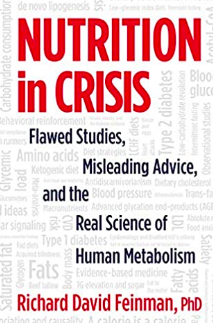 Feinman shows how best to resolve one pressing crisis affecting the health of millions worldwide. As he demonstrates, it’s the logical outcome of establishment medical journals, private organisations and government health agencies promoting “low-fat, low-calorie dogma despite the scientific evidence to the contrary”. That’s a topic for a whole book on its own.

He calls misinformation around dietary fat and carbohydrate a “politically motivated breakdown in scientific practice”. It is one that deeply discouraged him.  Feinman didn’t stay down for long. It’s not in his nature. It became another motivation for him to write the book. He presents the evidence for the concept of metabolic syndrome that underlies the crisis. He rightly calls the identification of the syndrome “a great intellectual insight”.

Feinman defines metabolic syndrome as a collection of clinical markers of, among others, obesity, hypertension and so-called “atherogenic dyslipidemia” – lipid (blood fats). The latter are markers that many medical doctors still assume as contributing to cardiovascular disease (CVD – chiefly, heart attack and stroke). These together and in combination indicate risk of disease, he writes. He shows how relatively easy it is – and always has been – to offset that risk significantly with simple dietary change.

Insulin’s role as a major contributing factor to the syndrome is another major focus. It points, as he writes, to “the importance of controlling dietary carbohydrate, the major stimulus for insulin secretion”.

He finds that resistance “incomprehensible”, even “bizarre” and “a source of real harm to patients”. So do many of his colleagues. It is yet another example of a “disconnect from true science”, Feinman says.

First, do no harm

He has deliberately aimed his book at scientists. They are, after all, first port of call as a source of solid, reliable evidence for treatment that “first does no harm”. That makes his book important for medical doctors and more ordinary mortals.

One of Feinman’s many strengths is writing style that makes it accessible and enjoyable to the lay reader. He takes readers on a journey of nutrition as applied biochemistry. It focuses on a question that invariably comes up during his lectures to medical students, conference presentations. It even comes up, he says, in private conversations about scientific experiments.

Click here to read: Vegetarian cookbook: Gift that goes on giving – even for meat-eaters!

The question: “What should I eat?”

Depending on his audience, Feinman goes into differing levels of technical detail. His bottom line is always the same and is the heart of this book: “The best diet is the one that works.” That represents, as he explains it, a more scientific, logical perspective to nutrition than “you are what you eat”.

Instead, “you are what your metabolism does with what you eat”. He explains that and why low-carb diets are – or should be, by now – the default diet for anyone with diabetes and metabolic syndrome.  And why we all need to understand that idea, even if we are lucky enough currently not to have either condition. Luck, after all, has a horrible habit of running out.

Feinman plots the path to ensure you don’t go down that road as so many have done and are doing, worldwide. He demonstrates why almost everything in biology is “connected with feedback”. That idea is “fundamental yet widely ignored”.

Cholesterol is one example. “Reducing dietary cholesterol will have limited effect (on your risk of heart attack or stroke) because of compensatory synthesis,” Feinman writes. Similarly, if you stop eating carbohydrate, your body will simply respond by “synthesizing glucose and making other fuels available”.

This “grand idea” severely limits what you can do – as with cholesterol, or “looking ahead, trying to starve tumors by reducing glucose”. But it also points to opportunities.

Those opportunities make his book a must-read.

Feinman’s original area of research was in protein chemistry and enzyme mechanism, particularly in blood coagulation and related processes. However, his ongoing life influences have been food and chemistry.

His current interest is nutrition and metabolism, specifically in diet composition and energy balance. These inform and influence his teaching in the SUNY Medical School. They have made him a pioneer in incorporating nutrition into the biochemistry curriculum for medical doctors.

Feinman is also author of  The World Turned Upside Down. The Second Low Carbohydrate Revolution (Duck in a Boat, 2014). In it, he describes how the science of carbohydrate restriction arose from “a rag‑tag collection of popular diets” to defeat “the powerful low‑fat army and become the default approach to health”.

Sadly, when it comes to saturated fat, the low-fat army is still making forays and opening new fronts in the diet wars. The health consequences are evident in rising obesity, type 2 diabetes rates, as well as diet-related cancers and dementia diseases, such as Alzheimer’s.