Is there really “a special place in hell for doctors who claim statins don’t work“? The UK Mail on Sunday health editor Barney Calman believes so. Or at least, that’s the headline to his opinion piece the newspaper published in March.

Calman also believes that some eminent medical doctors and researchers are “statin deniers” who peddle “deadly propaganda”. They are “putting patients at risk”, he writes.

Prof Sherif Sultan, president of the International Vascular Institute, vigorously disagrees. Sultan is also professor of vascular and endovascular surgery at the National University of Ireland Galway. Sultan joins other experts who see “smoking guns”  in media attacks on statin critics. They see these attacks as industry and medical establishment attempts to downplay growing evidence on seriousness of statins side effects.

He has said that Calman’s articles are defamatory and propaganda – and the Mail on Sunday acted “negligently” in publishing them. Sultan has called for an investigation into publication of the articles.

“Calman must declare his conflict of interest and publish who instructed him to write such unscientific articles and after what editorial meeting,” Sultan has written.

But just who are these dangerous “deniers” Calman sees as hell-bent intent on harming, possibly even killing patients? Why do they want millions not to take statins when other MDs want millions more on them? What of growing evidence of serious side effects? Could there be a special place in heaven for MDs who promote that evidence?

Malhotra has lodged a lengthy letter of complaint to the Mail on Sunday and the Independent Press Standards Organisation (IPSO). He wants an apology and retraction of Calman’s articles. He says they are “inaccurate, misleading, distorted and defamatory” and breach IPSO’s Editorial Code of Conduct.

It follows his complaint to The Guardian last month calling for correction or retraction of an article by health editor Sarah Boseley.

Influential UK MDs, Sultan among them, have written in support of his complaint. They express concern about establishment and industry bias and influence behind the articles.

Click here to read Malhotra’s complaint and expert support to the Mail on Sunday in full.

Interestingly, none of the three experts Calman targets believes or has ever said that statins “don’t work”. All have said that, based on the evidence, statins don’t work nearly as well as the industry and MDs who’ve made billions off the drugs would have us believe.

That’s not the same as saying that statins don’t work or evidence of statin denial.

All three are among the chorus of expert voices internationally who do see something hellish thing about statins. They say it’s doctors who prescribe statins to millions worldwide who don’t need them. They do so, despite growing robust evidence showing that side-effect risks of statins outweigh benefits for many, if not most, patients.

And while they don’t say so in so many words, they imply that these doctors are peddling propaganda. And if there were such a thing as hell, these doctors would be the ones to inhabit a special place in it.

But whatever your views of an after-life, in this life,  “statin denier” is a defamatory label to attach to MDs who are critical of the drugs, based on the evidence. Calman holds out the label “statin denier” in this case as a fact when it is “clearly mere unsubstantiated opinion”, says Malhotra.

Calman writes that he doesn’t believe in hell  – or EU president Donald Tusk. He says he is only paraphrasing Tusk when he writes of “a special place in hell for the statins deniers who continue to fuel public confusion and a vague perception that the drugs … ‘don’t really work’.” (Who can forget Tusk’s statement about “a special place in hell” for “those who promoted Brexit without even a sketch of a plan of how to carry it out safely”.)

Other problems, as Malhotra, Sultan and others see them, are industry bias and inaccurate, false and unscientific content of Calman’s articles. And a terminal basic lack of research and homework.

Others say that these media attacks show that statins remain hugely controversial in medical circles. And that establishment and drug industry forces are marshalling to underplay side effects.

On one side are medical experts who want millions more, including children and people who are otherwise healthy to take statins. In other words, they want people who don’t have any signs of heart disease whatsoever to take statins.

On the other side, medical experts say that just boosts drug industry profits and its MDs’ bank balances.

One of the most well-known supporters of ever-widening prescription of statins is Oxford University professor Sir Rory Collins. He features positively in Boseley and Calman’s articles. Collins is co-author of a recent Lancet study advocating for healthy people over 70 to take statins. Independent experts say the study is flawed and misleading.

Is this the real ‘smoking gun’?

Malhotra points out in his letter that statins have undisputed and observed side effects that can and indeed do cause damage to health through interfering significantly in patients’ quality of life. In fact, Collins, co-director of the clinical trials service unit at the University of Oxford, even filed a patent for a test that indicates likelihood of patients suffering significant muscle symptoms on statins in 2009, Malhotra writes.

“A devastating Sunday Times investigation in 2016 reveals this was being sold directly to the consumer in the US on a website that claimed 29% of all statin users will suffer significant muscle symptoms, weakness or cramps,” Malhotra writes. The website also claimed that 58% of patients will stop the medication within a year for that reason.

Malhotra attached to his complaint letter what could be one of the biggest “smoking guns” pointing to the real impact of statins’ side-effect profile. It lies in a Freedom of Information request from the Sunday Times to the University of Oxford. It revealed that Oxford received over £300,000 from the sale of this device and Collins and colleague Prof Colin Baigent’s own department received over £100,000.

Malhotra has called for a full investigation of this as both Collins and Baigent have been “very public about side effects from statins being very rare”.

Why all the ruffled medical feathers?

But just what have Malhotra, Kendrick and Harcombe said that has ruffled feathers in the statin industry, medical establishments and among mainstream journalists who support them? There’s no denying that Malhotra and Kendrick are rivals for the title of the statin industry’s biggest bête noire.

Among the kindest Kendrick has said about statins is that benefits claims are “overblown”. He has always acknowledged benefit for secondary prevention (after a first heart attack). He has also said, with solid scientific references, that statins for primary prevention (to prevent a first heart attack) “do more harm than good”. And (doctors) should “stop prescribing them”.

That’s not being a statin denier. It’s being opinionated.

Malhotra too doesn’t claim that statins “don’t work”. On the contrary, as he explains in his complaints letter, he has prescribed and managed thousands of patients on statins and continues to do so in his work for the NHS (National Health Service). However, statins have “undisputed and observed side effects that can and indeed do cause damage to health through interfering significantly in patients’ quality of life”, he writes.

Harcombe has always acknowledged the evidence for statins for secondary prevention. She has also called statins “one of the biggest crimes against humanity that the pharmaceutical industry has unleashed”. She supports that provocative opinion with science.

And while Calman focuses mostly on Malhotra, Harcombe and Kendrick, he takes sideswipes at other statin critics. Among those: Harvard professor of medicine John Abramson, author of Overdosed America, The Broken Promise of American Medicine.

Call for data on side effects to be made public 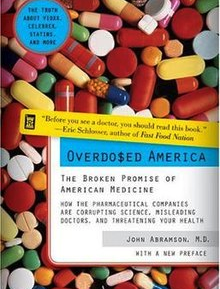 Calman dismisses Abramson as author of the “misleading ’20(%) side effect’ BMJ study”. That’s a reference to a 2014 study titled: Should people at low risk of cardiovascular disease take a statin? The authors conclude that “broadening the recommendations in cholesterol-lowering guidelines to include statin therapy for low-risk individuals will unnecessarily increase the incidence of adverse effects without providing overall health benefit”.

Calman correctly states that the study authors eventually retracted that 20% statement. However, as other medical experts note, retraction of a single statement does not undermine the whole study.

Another rapid response to the BMJ is by UCLA (University of California, Los Angeles) professor of medicine Jerome R Hoffman. He said that the 20% side effect is “indeed accurate or perhaps even an underestimate”.

Oxford University New College visiting professor of epidemiology Klim McPherson also weighed in: “Putting approximately five million more people in the UK on drugs, that will then have to be taken lifelong, for primary prevention of CVD without knowing enough about the side effects is foolhardy.”

McPherson called for researchers to make data on side effects public and for “well-qualified, independent assessors” to scrutinise that data.

Other supporters of Malhotra’s complaint are Dr Campbell Murdoch, Clinical Advisor to the Royal College of General Practitioners (RCGP). Murdoch said that science is never “settled” and evidence will continue to evolve.

Malhotra’s “tireless work to support evidence-based practice is extremely important, including the use of statins in good clinical care”, he said. Challenge and debate are essential for continuous improvement. “When human health and lives are at stake this debate needs to be done responsibly.”

Former chair of the RCGP, Claire Gerada called Malhotra “a trusted and respected voice within the medical profession”. He is helping to refocus our attention on the impact of diet on many health conditions, she said.  He is also refocusing attention on how adopting a healthy diet can reverse some of the major non-communicable diseases, such as type 2 diabetes.

Dr JS Bamrah CBE, Chairman of the British Association of Physicians of Indian Origin,  said there is “little doubt” that Malhotra’s stand on cholesterol and statins has shaken up the establishment. It has led to “unjust and sometimes vilification of the stance he has taken”.

This has included “misinformation about his sound credentials”. This militates against “evidence-based care for patients and ensuring a genuine doctor-patient relationship”. It also ignores the fact that some academics are “blinded by their own science”, Bamrah said. However, many in the outer world are “harnessing new ways of tackling our most prevalent causes of long-term disability”. This can reduce morbidity and costs to the NHS.

Mail on Sunday managing editor John Wellington said: “The article by our Health Editor was an important contribution to the debate about statins. It represents the position of numerous medical professionals. We have received a complaint from Dr Malhotra and will be responding to him directly.”