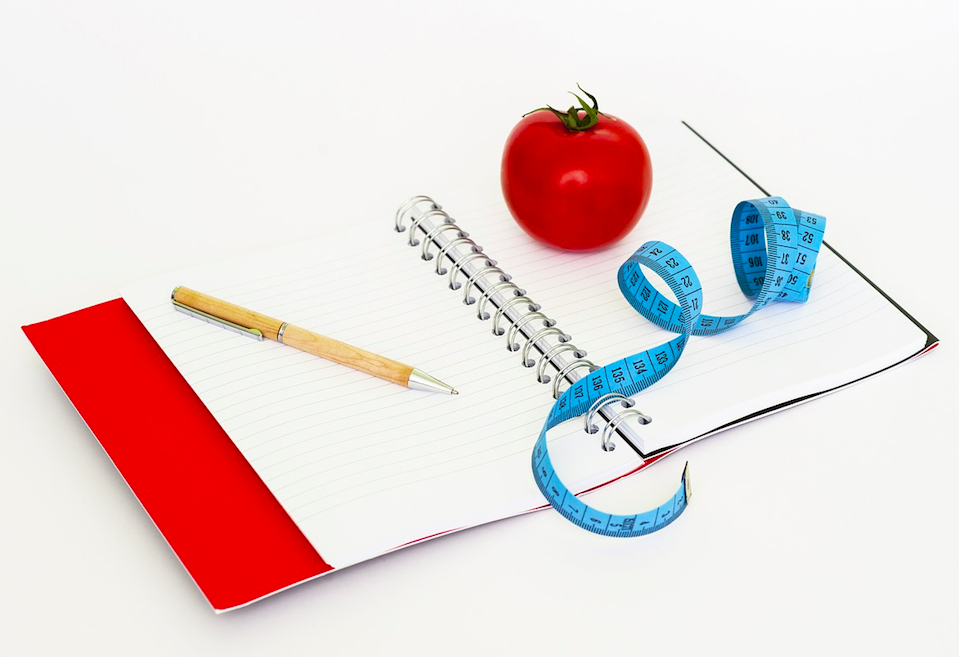 Psst! If your MD or dietitian still subscribes to the CICO (calories-in, calories-out) obesity model, find another one. Quick!

According to the model, obesity is from gluttony and sloth. A calorie is a calorie. And all you have to do to achieve weight loss and keep it off is to “eat less and move more”.

That model is not just unscientific; it’s out the dark ages of nutrition science.

Yet many (if not most) MDs and dietitians still believe that CICO rules. Canadian nephrologist Dr Jason Fung is not one. And as a kidney specialist, Fung sees many patients with obesity and type 2 diabetes. As a result of the coexistence of these two conditions, doctors refer to them as “diabesity”.

In the article below, Fung gives his top weight loss tip for those struggling with diabesity. Spoiler alert: it’s about as far from CICO as it’s possible to be.

Also unlike many MDs and dietitians, Fung does not advise patients aiming for weight loss to eat lots of small meals throughout the day. That’s called “grazing”. It reminds me of top UK public health researcher Dr Zoë Harcombe’s view of grazing: “Don’t graze – unless you are a cow or want to be  the size of one.”

Fung is author of a range of good books on the topic of diabesity. One of his best-sellers on weight loss is The Obesity Code. It lays out the science behind weight gain and how to apply that knowledge to lose weight. Fung also makes it easier to implement weight loss in everyday life.

The book forms the theory behind the many successes of his IDM (Intensive Dietary Management) program.

Fung started IDM in June of 2012 with Megan Ramos.  Since then, he has worked with over 8000 patients. Fung has helped them navigate through fasting and adopting various degrees of low-carb, healthy-fat (LCHF) diets.

Here are Fung’s thoughts on optimum weight loss, including his top tip:

In our body, nothing happens by accident. Every single physiologic process is a tight orchestration of hormonal signals. Whether our heart beats faster or slower is tightly controlled by hormones.

So, the main problem of obesity is not the calories we eat but how they are spent. And the main hormone we need to know about is insulin.

The role of hormones in obesity 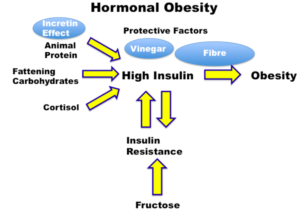 Hormones are central to obesity as is everything about human metabolism, including body weight.

A critical physiological variable such as body fatness is not left up to the vagaries of daily caloric intake and exercise. If early humans were too fat, they could not easily run and catch prey. They would also be more easily caught themselves.

If they were too skinny, they would not be able to survive the lean times. Thus, body fatness is a critical determinant of species survival.

As such, we rely on hormones to precisely and tightly regulate body fat.

We don’t consciously control our body weight any more than we control our heart rates or body temperatures. These are automatically regulated and so is our weight.

Why we get fat

We get fat because we’ve given our body the hormonal signal to gain body fat. And those hormonal signals go up or down according to our diet. Thus, obesity is a hormonal, not a caloric imbalance.

Insulin levels are almost 20% higher in obese subjects. And these elevated levels are strongly correlated to important indices such as waist circumference and waist/hip ratio. Does high insulin cause obesity?

Click here to read: Why we are losing obesity, diabetes, cancer wars

The “insulin causes obesity” hypothesis is easily tested. If you give insulin to a random group of people, will they gain fat? The short answer is an emphatic “Yes!”

Patients who use insulin regularly and physicians who prescribe it already know the awful truth: the more insulin you give, the more obesity you get. Numerous studies have already demonstrated this fact. Insulin causes weight gain.

In the landmark (1988) Diabetes Control and Complications Trial, researchers compared a standard dose of insulin to a high dose designed to tightly control blood sugars in type 1 diabetic patients. Large insulin doses controlled blood sugars better, but what happened to their weight?

The role of insulin

Prior to the study, both groups were more or less equal in weight, with little obesity. The only difference between the groups was the amount of insulin administered. Insulin levels were increased. Patients gained weight. Insulin causes obesity. As insulin goes up, the body set weight goes up.

The hypothalamus sends out hormonal signals to the body to gain weight. We become hungry and eat. If we deliberately restrict caloric intake, then our total energy expenditure will decrease. The result is still the same—weight gain. 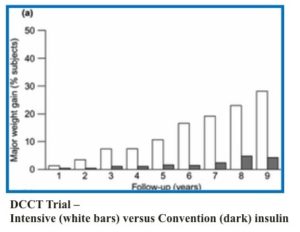 Once we understand that obesity is a hormonal imbalance, we can begin to treat it. If we believe that excess calories cause obesity, then the treatment is to reduce calories. But this method has been a complete failure.

However, if too much insulin causes obesity, then it becomes clear that we need to lower insulin levels.

My book, The Obesity Code laid out the science behind weight gain and how to apply that knowledge to lose weight. It forms the theory behind the IDM program’s many successes over these many years. This book’s goal is to embrace these ideas and make it easier to implement in day-to-day life.

The key to long-lasting weight control is to control the main hormone responsible, which is insulin. There are no drugs that control it. Controlling insulin requires a change in our diet, which is composed of two factors – how high the insulin levels are after meals, and how long they persist. This boils down to two simple factors:

Most diets concern themselves with only the first question and therefore fail over the long-term. It is not possible to address only half the problem and expect success.

In terms of the foods, this is not a low-calorie diet. It is not even necessarily a low-carbohydrate diet. This is not a vegetarian diet, nor is this a low-fat diet.

Even in America, let’s remember the 1970s. Disco was sweeping the nation. Star Wars and Jaws played to packed theatres. If you looked at an old photograph from that era, perhaps you might be amazed at several things.

First, why anybody ever thought bell bottoms were cool. Second, it’s amazing just how little obesity there is. Take a look at some old high school yearbooks from the 1970s. There is virtually no obesity. Perhaps one child in 100.

They were also not eating kale. They were not counting calories or net carbs. And they were not even really exercising much.

These people were doing everything “wrong”  yet, seemingly effortlessly, there was no obesity. Why?

What about the diet of the Chinese in the 1980s? They were eating tons of white rice. On average, over 300 grams per day, compared to a low carb diet of less than 50 grams and all highly refined. Yet they had virtually no obesity. Why?

The secret, coming up …

What about the diet of the Okinawan? Over 80% carbohydrates, and mostly sweet potato, which has some sugar in it. What about the Irish in the 1970s, with their beloved beer and potatoes?

They didn’t think twice about what they were eating. But until recently there was almost no obesity. Why? 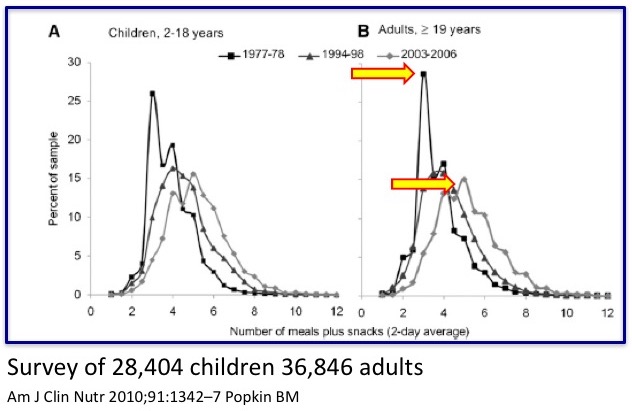 The answer is simple. Come closer. Listen carefully: They were not eating all the time.

When you don’t eat, this is technically known as “fasting”. This is the reason there is the English word, “break fast” or breakfast, the meal that breaks your fast.

During your sleep, you are (presumably) not eating and therefore fasting. This allows time for your body to digest the foods, process the nutrients and burn the rest for energy to power your vital organs and muscles. In order to maintain stable weight, you must balance feeding and fasting.

Why expert advice is often ‘stupid’

So, here’s my best single tip for weight loss. It’s so simple and obvious that even a five-year-old could have come up with it. Don’t eat all the time.

Unfortunately, most nutritional authorities tell you the exact opposite. They tell you to eat six times a day. Eat lots of snacks and eat before you go to bed. Eat, eat, eat – even to lose weight!

It sounds pretty stupid because it is pretty stupid. Instead, it may be better to use intermittent fasting, a dietary technique used successfully for countless generations.

Also check out the free Facebook support group, The Obesity Code Network for fasting and weight loss support and education.