Canadian physician Èvelyne Bourdua-Roy is an MD on a mission. She is that rare but growing breed of MD who believes that nutrition lies at the heart of health.

She also gets a kick out of practising something she didn’t learn at medical school: “deprescribing medication”. It has become her “favourite thing”.

Little makes her happier than seeing the smiles on faces of patients for whom she writes a medication deprescription. As a society, we’ve become overly reliant on drugs, Bourdua-Roy says. We’ve “kind of forgotten” nutrition’s real place in health. It’s vital for doctors to learn about nutrition. And we should all question what “experts” have taught us, she says.

“That must be a priority because food matters and food is medicine,” Bourdua-Roy says.

“We are disconnected from our food, where it comes from and how it was created,” she says. “We believe advertisements on television. And we believe that ultra-processed, unnatural foods, such as seed oils, are better than butter that comes directly from an animal.” 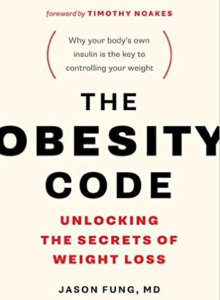 Bourdua-Roy is working hard to change those beliefs. She is one of the growing numbers of MDs in Canada who offer low-carbohydrate, high-healthy-fat (LCHF) diet therapies as options for a wide variety of life-threatening conditions. She came across the benefits of LCHF on maternity leave in 2016. Bourdua-Roy was gaining weight weekly and felt chronically exhausted. Colleaguessuggested that she reads The Obesity Code by Dr Jason Fung.

“It was a revelation,” she says.

She started eating LCHF and noticed dramatic improvement in energy levels as the pounds fell away. She also enjoyed the new foods and new experience of feeling full between meals.

Bourdua-Roy had always been a “snacker and grazer”, eating every two to three hours and feeling constantly hungry. The more she learned about robust evidence for LCHF, the more she wanted to know about its application in clinical practice.

She spent time with Fung at his Intensive Dietary Management (IDM) clinic and IDM director Megan Ramos in 2016.

So far, she has treated over 500 patients with LCHF, ketogenic (very low-carb, very high-healthy-fat) diets and intermittent fasting. Results have varied, depending on patient compliance. But for those who truly have embraced this way of living, results have been “spectacular”, she says.

Patients have gone beyond smiling to show their gratitude for the changes, They have hugged her, thanked her profusely, given her keto bakes and gifts. She regularly receives spontaneous testimonials, cards and letters in the mail and keeps them in a special folder on her desk.

“They keep me going,” she says.

Her major successes have been with obesity, metabolic syndrome, type 2 diabetes and chronic pain. Before she started on this path, Bourdua-Roy had no idea that proper nutrition could improve chronic pain.

“I didn’t see that coming but it makes sense to me now.”

Click here to read: Swiss Re: Type 2 diabetes really can be reversed

Bourdua-Roy and colleague Dr Hala Lahlou spoke on nutrition and pain at Low-carb Breckenridge in the US recently.

The reality is that not all patients want to change their diet and lifestyle, Bourdua-Roy says. Sometimes, they’re just not ready or the timing is not quite right. No matter. She tells them it’s an option anyway.

“I plant seeds and hope they will blossom later,” Bourdua-Roy says.

At times, she has to resort to represcribing medications in certain cases. However, she does not consider that as failure.

“It’s part of planting the seed, giving patients choices and allowing for informed decisions. Too few doctors give patients food as a therapeutic option.”

Not surprisingly, Bourdua-Roy has encountered establishment pushback. Thus, in October 2017 members of the Association for Clinical Nutritionists of Quebec and the Professional Order of Dietitians of Quebec reported her to her regulatory body, the Quebec College of Physicians (QCP). That was for comments she did not make on a radio programme.

And yes, you read that correctly: for comments she did not make. The dietitians’ groups claimed that Bourdua-Roy made “inappropriate declarations” and gave “medical opinions” that could “mislead the public on LCHF/ketogenic diets”.

The QCP investigated Bourdua-Roy. In May 2018, the QCP wrote to her clearing her of any professional misconduct. And in a follow-up article in La Presse, the QCP said they were “comfortable” with doctors who have the “necessary competencies” discussing LCHF/keto diets with patients.

Bourdua-Roy’s career path to becoming an MD has been circuitous. She had considered medicine but lacked the requisite maths, chemistry, biology and physics marks.

Click here to read: Fettke: Cover-up as case against him collapses?

Instead, she studied languages at university, did a Master’s degree in French linguistics and became an English-Spanish-French translator. It’s an understatement to say that she found professional translating “unfulfilling”.

“I felt like I wasn’t making any difference whatsoever. And the harder I worked, the more money my employer was making.”

She went backpacking around the world mostly by herself for close on two years. She visited Greece, Turkey and Syria, Africa (from Zambia to South Africa) and Australia. Then her mother asked Bourdua-Roy to return home. She was dying from cancer and her wish was to die with dignity at home

Bourdua-Roy took care of her mother with compassionate MD who did whatever she could to help her die at home, as she wished.

“This lady really was making a difference,” Bourdua-Roy says. “My mother passed away peacefully, surrounded by her children.”

With that, she returned to Australia and South East Asia to complete her round-the-world trip.

So, Bourdua-Roy gave up her job and went back to school for a year to get the pass marks in the pre-requisite subjects. She was accepted into medical school in her first attempt in 2007.

She received no training in nutrition as a medical student. However, she did receive training in reading and analysing science. And Bourdua-Roy continues to teach herself to fill any gaps in her knowledge.

Her lecturers told her and fellow medical students that half of what they were learning would not be true 10 years from now. And that they had better keep “an open and curious mind”.

That advice has become her mantra since qualifying as an MD in 2015.

Bourdua-Roy now has a Certificate in Pain and Nutrition from the Academy of Integrative Pain Management. She also has over 80 credits of continuing medical education on LCHF, keto and IF related subjects, from attending low-carb conferences in the US and elsewhere. She is currently completing the Noakes Foundation Professional Training in LCHF/Ketogenic patient treatment certification.

And she is studying for certification with the American Board of Obesity Medicine.

Finally, she feels like she is “making a difference daily”.

And her vision for the future of medicine is crystal clear: “Medicine must turn towards food and nutrition as therapeutic options.

“We simply cannot continue to treat our current chronic conditions epidemic with drugs and more drugs. The pharmaceutical model of disease clearly isn’t working for chronic diseases of lifestyle and it isn’t even cost-effective.”

Her message to medical colleagues who fear retribution for challenging orthodoxy is similarly clear:

“Food and nutrition are real medicine. This is why you went to medical school in the first place: to first do no harm, make a real difference and to help people get better.

“If you know the significant and positive difference that LCHF, ketogenic diets and intermittent fasting can make to your patients’ lives you cannot not offer it as an option. Not speaking about this therapeutic option is doing harm to patients.