A predominantly plant-based or vegan diet may be best for keeping type 2 diabetes in check, say UK scientists. That’s not least because of its potential positive effects on mood, they say.

Their systematic review of the available evidence is in the journal BMJ Open Diabetes Research & Care– no less.

The authors also claim that a plant-based diet reduces the risks linked to cardiovascular disease. CVD is one of the main causes of early death in people with diabetes. They say their review is the first to look at the effects of plant-based diets in mood of people with type 2 diabetes.

Corresponding author of the UK study is Anastasios Toumpanakis, a psychology researcher at the University of London School of Health Sciences. Co-authors are from the University of Northampton and the East Sussex NHS (National Health System) Department of Cardiology.

Diabetes numbers sore into the millions

In a journal press release, the researchers refer to new guidelines that the American Association of Clinical Endocrinologists and the American College of Endocrinology released in January this year.

Both groups recommend a plant-based diet as the optimal nutrition plan for people with diabetes. They claim that it “promotes well-being and better management of diabetes”.

The International Diabetes Federation estimates that 642 million people will be living with diabetes by 2040. In the UK alone, doctors have diagnosed around 4.5 million people with the condition. In the US the equivalent figure is more than 30 million.

The experts have attributed nearly 15% of all global deaths to diabetes. They say that diabetes killed 5 million people before the age of 60 in 2015. Research also frequently associate diabetes with depression, which in turn affects how well patients are able to control their blood glucose levels.

What is a vegan diet?

A predominantly plant-based diet is one that is rich in fruits, vegetables, nuts, legumes and seeds with no or few animal products. In the release, the study authors say that some research links plant-based (vegan) diets to a significantly lower risk of developing type 2 diabetes. However, they say it is ‘not clear’ if it might also be linked to improved mood and well-being. That motivated them to trawl through what they claim is the ‘available evidence’ to find out.

They found what they say are 11 relevant English-language clinical trials.

(That proved not to be quite correct, as British public health research Dr Zoë Harcombe notes. More from Harcombe below.)

The studies in this meta-analysis were published between 1999 and 2017 and compared plant-based diets with other types of diet. They involved 433 people in their mid-50s, on average.

Eight of the trials assessed the impact of a vegan diet. Six also included giving patients information on the benefits of a plant-based diet. The trials lasted for an average of 23 weeks.

The researchers concluded that results showed that quality of life – both physical and emotional – improved only in those patients on a plant-based/vegan diet. Similarly, depressive symptoms improved significantly only in these groups.

Average HbA1c and fasting blood glucose levels fell more sharply in those who cut out or ate few animal products. And participants lost nearly twice as much weight: 5.23 kg vs 2.83 kg. The fall in blood fats – a known risk factor for CVD, say the researchers was also greater in those on plant-based/vegan diets.

The researchers point out several caveats to their findings. These include the small sample sizes of the studies they reviewed and the reliance of the data on participant recall.

Click here to read: Time for doctors to look at diabetes upside down

In six of the studies, those following a plant-based/vegan diet were able to cut down or discontinue prescribed drugs for diabetes and associated underlying conditions, such as high blood pressure.

Overall, the researchers say that adherence was strong. The plant-based diets were more difficult to follow – at least to begin with. But participants stuck to them “better than those in the comparator groups”.

Based on their data, the researchers say that plant-based diets accompanied by educational interventions “can significantly improve psychological health and quality of life”. Coupled with improved HbA1c levels and weight, the diets, therefore, “improve the management of diabetes”.

They also say that the diets improve the levels of total cholesterol, (low-density lipoprotein, so-called “bad”) cholesterol, and triglycerides in (type 2 diabetes).

Harcombe has a very different take and says that researchers could have come to very different conclusions. One is that “the standard advice for type 2 diabetes must be “pretty bad if a nutritionally deficient vegan diet can beat it”.

Click here to read:  Visionary behind Virta diabetes ‘cure’ of the future

The study looked at 11 trials – which turned out to be nine as two were duplicates, she says. Only seven were randomised, with an average length of 23 weeks.

The maximum number in each arm (intervention or comparator) was 50 and the smallest group contained just two people, she says. “In most cases, the intervention was a vegan, plant-based/low-fat diet versus a comparator diet, thus not a control diet.”

“The comparator diet, in most cases, followed the respective country’s advice for type 2 diabetes – whether in Korea, Italy, Europe or America). In eight of the nine small, short, trials, the plant-based diet reduced HbA1c statistically significantly compared to the comparator diet.”

Harcombe says that she would have expected the diet to be healthy in the short-term. After all, a vegan diet rules out ice cream, sweets, chocolate, most biscuits, cakes, most takeaways and fast foods.

“The nutritional deficiencies would likely take longer than the trials allowed to become symptomatic,” Harcombe says. 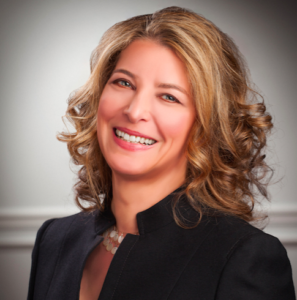 US science journalist Nina Teicholz says that HbA1c levels are the key issue for diabetes management.

“The UK study does not show that the difference is statistically significant in plant-based diets. So, one must assume that it is not.

“Therefore, this means that the plant-based diet is not more effective for controlling diabetes.”

Other researchers identify more study weaknesses. One is that the researchers include studies by US physician Dr Neal Barnard. Barnard is a vegan-promoting animal rights activist and, thus, heavily biased. Experts also say that his research has shown, in effect, zero benefit of plant-based diets for reducing HbA1c.

The new study authors have also omitted the most recent and compelling evidence of significant benefits for diabetics of diets that include animal foods. That is the five-year US study by Virta Health physicians published in Diabetes Review. Led by Virta medical director Dr Sarah Hallberg, that study showed significant HbA1c reduction of 1.3%.

That research shows that Virta treatment can systematically reverse type 2 diabetes in as little as 10 weeks.

The newly released data demonstrate that patients sustain their diabetes reversal rates and, in fact, these improved at one year. The treatment also substantially improved metrics of other chronic conditions, such as obesity, blood pressure, cardiovascular disease and inflammation.