You know something big is happening when the world’s second-largest reinsurer, Swiss Re, has its eye on the future of diabetes treatment. And when the reinsurer hosts a global four-day conference casting serious doubt on mainstream medical treatment for type 2 diabetes.

The remarkable event took place in Zürich, Switzerland, in June 2018.  What follows is the first of a two-part review of the conference.

Certainly, the venue augured well. It was held in the elegant buildings of the Swiss Re Institute’s Centre for Global Dialogue in Rüschlikon on the west shore of Lake Zürich.

Speakers came from top research institutions around the globe. Among others, they argued that mainstream medical treatment for type 2 diabetes wasn’t working well. In effect, it kept people fat, sick and dependent on drugs, they said.

That was fighting talk from physicians and scientists from around the globe. And their alternative was just as groundbreaking. They aimed to give type 2 diabetes hope that they can reverse their condition safely and effectively without resorting to drugs or surgery.

Therefore, messages emanating from the conference were groundbreaking – and optimistic. Speakers said that type 2 diabetes was not necessarily chronic, progressive and degenerative. It could be reversed, even put into remission.

Speakers also said that low-carbohydrate, high-fat (LCHF) diets were safe, effective methods of reversing. And that patients did not always have to resort to drugs or invasive bariatric (stomach) surgery.

Also under the spotlight at the conference were official low-fat, high-carb dietary guidelines. Speakers targeted the guidelines as major contributors to global epidemics of obesity and type 2 diabetes (or “diabesity” as doctors now call the twin incidence). They also called for radical revision of the guidelines.

The cost of disease

Diet was the key factor in obesity and diabetes, he said. Thus, fixing nutrition could slow down these epidemics and also reverse these conditions.

As a large global reinsurer in life and health, Swiss Re’s exposure to long-term mortality and morbidity was “significant”. Therefore, tmproving these would lead to “very significant financial benefit”, he said. It would also create an advantage allowing it to win new business.

The company’s vested financial interest “entirely aligns with (its vision of) making the world a healthier, more resilient place”, Schoonbee said. As a result, its research arm, the Swiss Re Institute, regularly engages with stakeholders. It does so, he said, by “sharing insights, tailored services and products to enable risk-focused decision making and smarter solutions to manage risk”.

Conference delegates included nutrition scientists, endocrinologists, cardiologists, epidemiologists, psychiatrists and a South African, UK-based plastic surgeon. Among top research institutions represented were Harvard and Tufts universities in the US, Cambridge University in the UK and Sydney University in Australia.

The first two days debated Food for Thought, Science and Politics of Nutrition. That was a collaboration between the Swiss Re Institute and The BMJ (formerly The British Medical Journal) to launch a series of articles under the same name. These were researched and written by nutrition experts and advised by Cambridge University and Tufts University.

BMJ editor-in-chief Dr Fiona Godlee opened the conference by saying that there was no miracle diet.  “But there is a miracle meeting and this is it.”

The meeting brought together on one stage for the first time experts with divergent views on optimum nutrition to treat and prevent obesity and diabetes.

Speakers raised one of the biggest scandals and controversies in nutrition science. It is that the guidelines had no science backing them up when the US first launched them onto an unsuspecting public way back in 1977. The same applied when the UK followed in 1983 and the rest of the English-speaking world followed thereafter.

Some speakers vigorously promoted plant-based diets as optimum to treat and reverse diabesity.  Among them was Prof Walter Willett, professor of epidemiology and nutrition at Harvard TH Chan School of Public Health. Willett is also professor of medicine at Harvard Medical School.

He said that eating patterns varied in different populations and there was no one-size-fits-all diet. He also said that LCHF diets were “reasonable” treatment for type 2 diabetes – provided they were “not extreme”.

Taylor agreed that diabetes was reversible. However,  one obstacle was doctors who were “highly trained in using drugs and hardly at all in nutrition”. 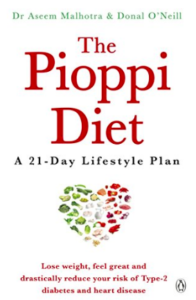 British consultant cardiologist Dr Aseem Malhotra, author of The Pioppi Diet, came down firmly on the side of animal foods. He said that the huge global burden of chronic disease showed that doctors and healthcare systems had failed patients.

Commercial interests had hijacked the best available clinical evidence. He also described the root cause of obesity and type 2 diabetes as “flawed science”.

A two-day Redefining Diabetes, Putting a Chronic, Progressive Disease into Remission conference followed. It proved to be the real groundbreaker, not far from miraculous in its implications.

There was also consensus that dietary guidelines have contributed to the global diabesity tide. And there was consensus that LCHF diets could stem it.

US physician Dr Sarah Hallberg is adjunct clinical assistant professor of medicine at Indiana University Medical School and medical director at Virta Health. Virta enjoys a reputation as one of San Francisco’s “hottest startups”. The company recently announced that it had raised $45m funding, bringing the total equity funding to $75m to date.

Hallberg said that diabetes was a disease of elevated blood sugar. And even the American Diabetes Association acknowledges that carbohydrate is the macronutrient that aggravates it. She also said that there was no one-size-fits-all approach to treating the disease.

Healthy people could tolerate plant-based diets, Hallberg said. However, once they entered the disease state or have metabolic issues, then the evidence showed that animal-based diets were healthier.

Hallberg welcomed financial institutions showing interest in nutrition. Healthcare and related costs for type 2 diabetes were staggering, she said. In the US, it costs well over $10,000 a year to treat diabetic patients and costs are growing.

Hallberg is lead author of a Virta peer-reviewed study recently published in Diabetes Review. Results are from the first 12 months of the five-year study investigating standard- of-care, low-fat and low-carb therapies.

Among key takeaways, she said, data show for the first time that reversal is possible in a large-scale trial and in more than just anecdote. Data also show high adherence to LCHF diets.

Doctors often cited adherence as a barrier to nutrition for effective type 2 diabetes reversal, Hallberg said. However, at the end of a study year, 83% of patients on LCHF were still actively engaged.

“That’s better adherence than with most medications,” she said. Hallberg attributed that to a study design allowing patients to self-select from three diet arms.

She said that patient choice “is key” in diabetes treatment.

Low-density lipoprotein (LDL, so-called “bad” cholesterol) went up by 10%. Other markers that are better risk indicators, such as LDL B and apolipoprotein (APO) B, did not change.

“We haven’t seen anyone (with type 2 diabetes) who doesn’t improve on LCHF,” Hallberg said. “LCHF makes many things better without making things worse, ” she said.

In other words, “it’s a no-brainer”, Hallberg said.

Resistance to LCHF was largely because many doctors “are still scared of (saturated) fat”. The saturated fat debate  “is over”, she said. “We are pretty much done with it and we now need to get that message across.”

Malhotra referred to a seminal article he wrote in the BMJ in 2013, titled Saturated fat is not the issue. In it, he said that it has become a “mantra” that people must eat less saturated fat because it causes heart disease. Scientific evidence shows that this advice has” paradoxically increased our cardiovascular risks”, Malhotra said. Therefore, it is time to retire the mantra.

He went on to target the UK government’s “obsession with levels of total cholesterol”. He said that this had “diverted our attention from the more egregious risk factor of atherogenic dyslipidaemia”. It had also led to the “overmedication of millions of people with statins”. 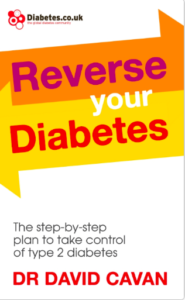 Cavan is author of Reverse Your Diabetes, The Step By Step Plan To Take Control Of  Type 2 Diabetes.

In 2013, he became director of policy and programmes at the Brussels-based International Diabetes Federation, a global federation representing over 230 national diabetes associations. In 2017, he set up a Diabetes Reversal Programme in Bermuda, in association with Bermuda Diabetes.

“Bermuda is a diabetes factory,” Cavan said. Its “diabetogenic” environment ticked all the boxes for increased risk of type 2 diabetes. These included a staple diet of starch (rice and peas), high intake of sugary soft drinks, easy availability of low-cost, junk food and the high cost of healthy foods.

Cavan said that it was now clear that type 2 diabetes resulted from modern lifestyles. This had, therefore, led to the evolution of a new management paradigm.

He outlined the basic principles: type 2 diabetes is associated with insulin resistance or carbohydrate intolerance; it can be reversed and remission is the goal; carbohydrate restriction is vital; intermittent fasting, low-carb and ketogenic (very-LCHF) diets work.

Jeffrey Bohn, Swiss Re Institute director, said that the BMJ partnership reflected a focus on major research topics for the future of the insurance industry and wider society.

“Swiss Re Institute has established itself as a platform for unbiased debate. I was particularly pleased that the Food for Thought conference was live-streamed and viewed more than 5,700 times by people in 63 countries,” Bohn said.

Schoonbee said that Swiss Re was agnostic. He also said that the company did not endorse any one diet. “We want to know what works and we accept it as long as it is evidence-based.” In that way, Swiss Re was “truly unbiased.”

He ended with a rallying call: “Imagine if we could stop diabetes and obesity epidemics and change the trajectory for world health, and for policy makers.”