Type 1 diabetes is a scary diagnosis, more so for parents when their children are diagnosed with it. Now, US scientists offer a radically different approach to conventional treatment and management of the metabolic condition.

Their study just published in the journal, Pediatrics, strongly suggests that a very low-carb, higher-protein (VLC) diet can achieve “exceptional” blood sugar control. It can do so by significantly reducing use of insulin and other drugs used in conventional treatment and management.

He says that the biggest challenge facing people with any form of diabetes is blood-sugar control around meals. After eating a high-carbohydrate meal, their blood sugar rises (hyperglycaemia) rapidly for one to two hours. Insulin can control that rise but also cause low blood sugar (hypoglycaemia).

The technologies for monitoring blood sugar and administering insulin have improved. Despite this, Ludwig says that most people with type 1 diabetes still face a kind of “Charybdis or Scylla” choice (between high and low blood sugar) after every meal. That’s a reference to Greek mythology of having to choose between two evil monsters. 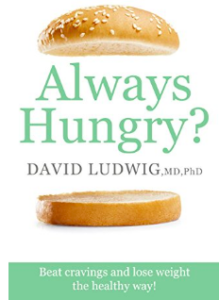 The new study shows that a low-carb diet could keep both those monsters in check.

One obstacle is that many, if not most, medical doctors and dietitians these days don’t speak much o patients about diet in type 1 diabetes beyond “carbohydrate counting”, says Ludwig. They also have a particular aversion to VLC (very low-carb, ketogenic) diets for children.  They believe that restricting carbs is “dangerous” and can lead to low blood sugar levels and stunted growth.

The new study suggests the opposite.

Many doctors also still believe that type 1 diabetes is not a lifestyle disease. They say that it is a chronic, autoimmune condition that occurs when the body’s immune system turns on itself. That much certainly is true.

As medical experts will tell you, the immune system does attack the insulin-producing beta cells of the pancreas, leaving little or no ability to produce insulin, a hormone that regulates blood sugar. Without insulin, sugar (glucose) and ketones (made from fat) build up in the blood and leads to what doctors call diabetic ketoacidosis. That can cause serious damage to organ systems and can be fatal.

But why the immune system suddenly turns on itself is a mystery that this study may unravel. Ludwig says that the reason may prove to be incorrect diet, in particular, excess carbohydrate.

Ludwig got the idea for the study after meeting US orthopaedic surgeon Dr Carrie  Diulus at a nutrition conference in 2016. Diulus is an orthopaedic surgeon with type 1 diabetes. She follows a vegan diet and has posted before and after pictures of herself on Twitter after she made radical dietary changes.

Diulius has reported that she is able to maintain normal HbA1c levels on a very-low-carbohydrate (VLC, aka ketogenic) diet. HbA1c refers to glycated haemoglobin (A1c), which identifies average plasma glucose concentration. It is a marker of how well a patient controls blood sugar levels.

Diulus told Ludwig that her diabetes control was the rule, not the exception, in a large social media community of children and adults. All follow the recommendations of Dr Richard Bernstein that are available on the TypeOneGrit Facebook page.

Bernstein developed type 1 diabetes at the of 12 and was having complications by his 30s. He became a medical doctor to learn better how to treat himself. His research led him to support a low-carb diet even though this clashed with conventional medical “wisdom” at the time (the 1990s).

As an endocrinologist, Ludwig has cared for people with diabetes for more than 20 years. During that time, he had not seen someone with T1DM and normal HgA1c after the initial “honeymoon period”. And if he had, he would have expected an unrecognised hormone problem and frequent, severe hypoglycemia.

Being a researcher at heart, Ludwig felt compelled to delve deeper. He believed that an observational study was “the right first step” to overcome scepticism among diabetes experts. He suggested to Diulus that they do a scientific survey of the Bernstein community.

‘Almost too good to be true’

The researchers studied 316 people, 130 of them children. Participants were drawn from the Facebook group TypeOneGrit devoted to low-carb diets for diabetes. They reviewed participants’ medical records and contacted their medical providers.

Results showed that, as hypothesised, participants’ average HbA1c was 5.67 %. That’s in the normal range, says Ludwig. It is also well below the average value of 8.2% for patients with type 1 diabetes.  Some participants even had values in the 4% range, which he calls “quite extraordinary”.

Reassuringly too, participants reported low rates of complications, such as diabetic ketoacidosis and severely low blood sugar. They also found no evidence of any adverse effect on growth among children. And overall, cardiovascular risk factors were “excellent”, Ludwig says.

Crucially, most study participants were satisfied with this approach. They easily accepted the idea of life-long restriction of many high-carb staples of the modern SAD (standard America, Western) diet, Ludwig says.

These findings “suggest that a low-carb diet might help prevent the long-term complications of diabetes”. Researchers need to explore this possibility in high-quality RCTs, he says.

That’s already happening. The Sweden-based Dietary Science Foundation is contributing funds to a study that has received ethical approval and will start soon. Uppsala University Hospital will participate.

The real danger for patients?

Ludwig says that a substantial minority of patients have come into conflict with their diabetes-care providers after embracing unconventional dietary changes. Some have lectured patients about the “dangers” of restricting carbohydrate in diabetes. This led some parents to hide the low-carb diet from their child’s doctor for fear of accusations of child abuse.

Ludwig says that this distrust, more than any diet, represents the real danger. It could set the stage for a “catastrophic event” if patients don’t seek professional help at times of need. And if they make diabetes management decisions beyond their competencies.

He hopes that greater awareness of the low-carb diet for type 1 diabetes, will bridge misunderstanding between patients and providers.

Leading US type1 diabetes expert Dr Jake Kushner has welcomed the study. Kushner is associate professor of pediatrics at Baylor College of Medicine.

He calls the Pediatrics paper a “landmark work”. It could “radically alter standard health care for people with type 1 diabetes by introducing low-carbohydrate nutrition as a core element of care”, he says.

Till now, many experts believed that this was impossible, Kushner says.  But hundreds of people have been able to follow Bernstein’s methods, he says. Crucially, they have been able to enjoy “far better glucose control than with typical standard-of-care”.

Paradoxically, those who followed Bernstein’s low-carb methods also had significantly reduced risk of life-threatening low blood sugar episodes, Kushner says. As well, there were no other obvious negative sequelae for the patients.

As with all good research findings, Kushner says that the study brings up “far more questions than it answers”. It remains possible, for example, that the study patients might have self-selected for their ability to follow Bernstein’s protocol.

He wants to see a government entity or philanthropic source fund a prospective RCT. (Ludwig and Lennerz are presently seeking funding for just such a study.) Kushner also wants to know precisely which nutritional strategy doctors can most easily and safely apply to populations of people with type 1 diabetes.

It’s also important to understand the relative pros and cons of low-carb nutrition (and various other nutritional strategies) for any given type 1 diabetic patient population.

Kushner joins growing numbers of endocrinologists who “strongly suspect” that low-carb nutrition is beneficial for diabetes-related burdens. But in the end, “we will need solid evidence to sort out these opposing hypotheses”.

“We must learn much more in order to fully understand which nutritional strategy is most easily and safely applied. That will  people with type 1 diabetes to live long, healthy lives.”