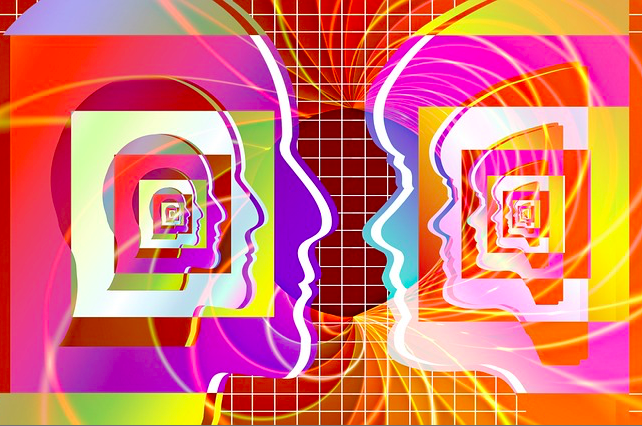 One reason for the Dietitians Association of Australia (DAA) credibility problem, say critics, is its public face. They say that by default or design, DAA media spokespersons regularly dispense low-fat, high-carb dietary advice that serves the interests of food-industry partners. Such advice lacks evidence for safety and efficacy to treat or prevent obesity, diabetes and heart disease.

DAA spokespersons also regularly show special antipathy towards Paleo and low-carb diets to treat these conditions, despite growing evidence. As well, some spokespersons are prominent university academics. Thus, critics say this leaves DAA open to a common industry tactic. It is the “halo effect” that results from “eminence-based” rather than evidence-based nutrition information. It helps to embed unhealthy products as healthy in public consciousness

In Part 2 of this series, Foodmed.net takes a look at some of those talking heads. We also look at why critics say that the conversation needs to change.

The biggest problem with advice that DAA and its spokespersons dish up is three-fold, say critics. It’s not just that it lacks evidence-base or even that it so overtly favours sponsors’ interests, they say. It also suppresses or ignores information on evidence-based alternatives such as Paleo and low-carb diets for serious disease. That’s not just unprofessional, it’s unethical.

Here a look at the conversations some DAA spokespersons prefer to put out on nutrition:

Barclay is  DAA’s chief spokesperson and a University of Sydney Charles Perkins Centre researcher. He was the  Australian Diabetes Council’s head of research for 15 years and the Glycemic Index Foundation’s Chief Scientific Officer for seven years.

However, Barclay is probably most well-known for controversial research known as the “Australian Paradox”. He published disputed data in 2011 with Prof Jennie Brand-Miller claiming an inverse relationship between sugar consumption and rising obesity rates. Barclay omitted to declare that Coca-Cola paid him to present his research. Brand-Miller was guest editor of the Nutrients journal that published the study. Thus, she also had a conflict of interest in publishing the research.

It took Rory Robertson, a respected economist with one of Australia’s biggest banks, to make a noise loud and long enough to achieve a review. As a result, that highlighted serious problems with Barclay’s study. However, Barclay and Brand-Miller supported their research.  So too does DAA continue to quote Barclay’s research in support of sugar’s role in a “balanced, healthy” diet.

Robertson, however, continues to call for  Nutrients to retract the study because it’s a “menace to public health”. Robertson did an interesting Christmas 2016 update on what he calls Sydney University’s “Australian Paradox” fraud.

Australian journalist and former national representative rugby union player Peter FitzSimons is similarly critical of  DAA and Barclay. In his latest book, The Great Aussie Bloke Slim-Down, FitzSimons says that any health organisation that puts out pro-sugar releases such as Sweet Truths: Eating Sugar May Not Make You Fat, has a case to answer. A DAA dietitian wrote that for DAA in 2010 and interviewed Barclay. DAA has removed it from its updated site.

For example, in The Independent in February 2016, Collins advised a mostly high-carb diet for weight-loss.  In The Conversation in 2013, she promoted a butter and margarine “spread” as healthy for hearts. Again in The Conversation, she gave tips on how to avoid fad (in other words, low-carb) diets for weight loss.

In an interview in The Age in January 2017, Collins said that simply putting more fruit and veg in shopping trolleys would help people lose weight and keep it off long-term.

Mellor is associate professor of nutritional science at the University of Canberra. DAA’s website says that he arrived in Australia from the UK in 2016 where previously he had been a media spokesperson for the industry-funded British Dietetic Association (BDA), having contributed to TV, radio, newspapers and The Conversation.

He is a member of the advisory board of the BDA’s Eating Well, Living Well magazine in the UK. The magazine endorses slimming products and supports the CICO (calories-in, calories-out) model of obesity. The model holds that gluttony and sloth cause obesity and all people have to do to lose weight is eat less and exercise more.

Mellor does give some evidence-based advice and also endorses the low-carb view that carbohydrate is not an essential nutrient. However, in  Practical Diabetes in September 2016 he supports conventional nutritional “wisdom” on the role of dietary carbs for diabetics. He describes less processed carbs as “incredibly valuable as part of the diet, not only with respect to preventing and managing diabetes, but also to health in general”.

He is also co-author of an article on sugar in The Conversation in 2016. Mellor does say that we should all be “careful to control our intake of sugar”. However, he also calls sugar “fascinating both chemically and physically”, and endorses it is an ingredient that people can  use “sensibly to enhance flavour and preserve food for longer”. (Editor’s note: Since publication, Mellor is no longer a DAA spokesperson. He has left Australia and returned to the UK.)

Watson switched from professional rugby to dietetics. He is now the principal consultant dietitian of Ethos Health, a Newcastle-based multidisciplinary allied health business. He has been a DAA spokesperson since 2001. Watson has written a nutrition report in praise of the humble potato. Like all DAA spokespersons, he supports the country’s dietary guidelines.

Watson is also no fan of Paleo and is quoted in an interview on the AskMen website in 2016 saying that it “encourages restrictive eating, which is often not sustainable in the long-term”. He also says that by banning certain nutritious foods, Paleo followers will be “at a greater risk of falling short of important nutrients”.

Gilbert has been a senior DAA media spokesperson for 12 years. In an interview in the Telegraph in January 2017 she calls Paleo a “fad”. Gilbert also refers to research, which she says shows that cutting carbs “upsets gut flora”. She refers vaguely to research saying that “maybe the key is whole grains that improve gut flora”. Grain industry interests feature prominently in Australia’s dietary guidelines. The industry also continues to be a prominent DAA supporter.

Click here to read: NOAKES: REAL BEEF DIETITIANS HAVE WITH HIM!

Maston is a relatively new addition to DAA’s spokesperson stable. She is also an exercise physiologist and runs her own website. Maston has regularly denounced low-carb and Paleo as dangerous fads on social media, and on a particularly toxic Facebook anti-Paleo hate page. She joined doctors, nurses and other DAA dietitians who use inflammatory language on the page to attack anyone who supports Paleo and low-carb. In particular, the page reserves special venom for Paleo celebrity chef Pete Evans.

Critics note that DAA has yet to speak out against its members’ personal attacks on Evans, Paleo and other low-carb experts.

In his latest blog, Australian social entrepreneur, author, speaker and “recovering corporate lawyer” David Gillespie is withering about conflicted dietitians and poses the question: are dietitians “selling us out”?. He says that come January each year, certain dietitians begin rolling out their “ritualistic warnings” about “fad diets.

Gillespie says that we should be prepared for them to warn us of the dangers of avoiding gluten, quitting sugar or going Paleo. Instead, they will tell us to give the new (heavy on whole grains) microbiome diet a go or perhaps become vegan. Gillespie’s blog could have been written with Gilbert in mind.

Some dietitians say that crazy “fads” such as quitting sugar are dangerous because they ask us to “cut out whole food groups”, says Gillespie.

“Only a dietitian high on sugar would describe sugar as a ‘food group’,” he says.

He concedes that the argument could apply to stricter forms of Paleo, which ask devotees to ditch dairy, legumes and grains. However, Gillespie spots an inconsistency in DAA’s argument. If food group deletion is why DAA dietitians oppose Paleo, gluten-free and quitting sugar, why the free pass to vegetarianism and its “more extreme cousin”, veganism?

Both these diets actually eliminate whole food groups and require careful management to avoid significant nutrient deficiencies, Gillespie says. Yet  DAA and few of its members ever attack those diets as dangerous.