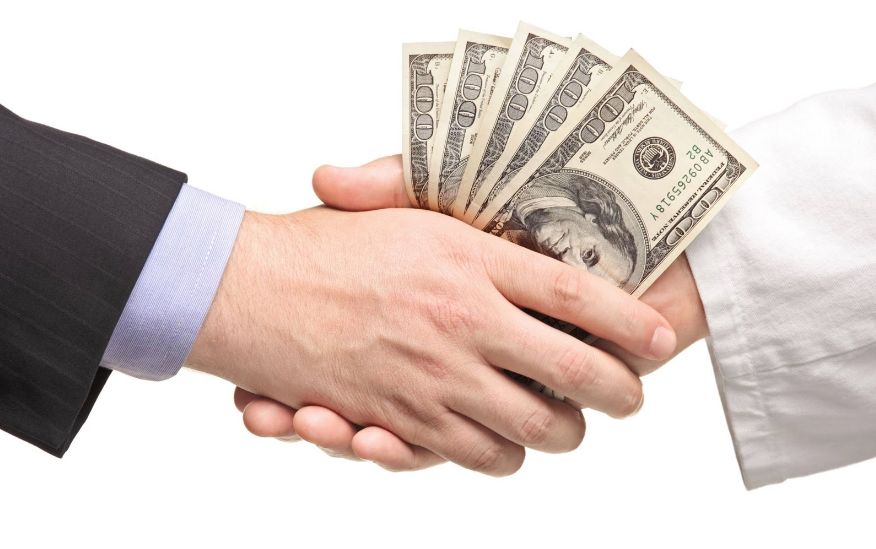 It’s a very real sickness in medicine. It is doctors in the thrall of the drug industry. It creates what British cardiologist Dr Aseem Malhotra calls ‘an epidemic of misinformed doctors and misinformed patients’. It causes biased research funding  – research funded for profit, not patients’ benefit, says Malhotra.

It leads to biased reporting in medical journals, commercial conflicts of interest and medical curricula that ‘fail to teach doctors how to understand and communicate health statistics’. This year, for the first time, the US Surgeon General has reprimanded doctors for promoting Big Pharma at patients’ expense.

At heart, it’s about doctors who flout the Hippocratic oath for a quick buck.  Here, Canadian nephrologist Dr Jason Fung takes a scalpel to expose the scandal of ‘continuing medical education’. He eviscerates doctors who, by default or design, act as agents – pushers, really – for drug companies. He calls them ‘drug whores’. It’s a disturbing read. – Marika Sboros

Today, I’m going to take you on a little behind-the-scenes tour of what really happens with medical education and Big Pharma from my perspective as a community physician. Sometimes I forget that not everybody understands this since many of my friends are physicians.

Doctors receive continuing medical education (CME) through events like lectures and conferences. CME is necessary because many physicians practise for 30 or 40 years, and medicine is changing continuously, They cannot rely on their medical school training, which might have happened in the 1960s.

Doctors need a certain number of hours of CME every year. You might imagine that doctors learn from unbiased experts dedicated to learning. Actually, nothing is further from the truth.

The dirty little secret is that Big Pharma sponsors virtually all CME. This gives them huge influence over what information doctors receive. Every single level of CME has been corrupted by $$$.

Let’s start at the bottom. In virtually every hospital in North America there are lectures called “rounds”. They happen in every specialty and almost every single day, mostly at lunchtime.

What a great idea. Doctors would spend lunchtime teaching each other the intricacies of their specialty. Sorry, no. Most doctors don’t prepare a full hour’s worth of lecture topic. Most are too busy to spend an hour listening to the lecture anyway.

So, the friendly Big Pharma drug rep helpfully gets lunch for everybody. Free lunch. That helps bring in the audience, but it doesn’t help the fact that they still need a speaker.

Once again, the drug rep is able to produce speakers. Big Pharma hires doctors to give lectures. Of course, these doctors still don’t produce their own talk. Luckily, Big Pharma also makes the entire slide kit available with full notes.

All the doctor needs to do is parrot the words written for him. He only lends his name to give these lectures the sheen of respectability. You can be sure that these “rounds” always support the use of more and more medications.

The standard rate in Canada to give one of these talks is $1500 for a single hour of work. Very lucrative, even if it means you need to prostitute yourself intellectually. Of course, there is no shortage of doctors willing to give these talks. Some doctors give talks several times per week.

Next, there are the dinner lectures. Once again Big Pharma drug reps helpfully organise these. They invite local doctors to hear an “expert”. Once again, they “conveniently” provide the doctor with the entire presentation to give like a trained monkey – delivering the exact message Big Pharma wants.

Who are these doctors selected to speak? The ones that prescribe the most drugs, of course. So, they have no problem giving these talks because they already believe the message. It’s essentially a giant infomercial.

According to regulations, these dinners are not supposed to be lavish. They should be the equivalent of cafeteria meals. Does that happen? Not a chance in hell. These dinners take place at the fanciest restaurants available. Of course, this comes with wine and a 3-course dinner, which normally would cost about $150 per person.

I must confess here. I have given a few of these talks but only one in the last five years. That was at a journal club which a friend specifically requested. However, I only present my own slides and I do not accept any restrictions on what I say.

I stopped giving these lectures because I was just disgusted. The doctors in the audience were mostly interested in eating and clearly not even listening. It was awful. The money is good, but my soul paid the price.

The next place a doctor might expect to get CME is through conferences and other symposia. Often these are arranged by official-sounding organisations – usually something like the Canadian Association of Superior Medical Knowledge (does not really exist).

The public, of course, thinks these are legitimate organisations. The doctors know full well that these are puppet organisations funded by multiple drug companies. This allows drug companies to pay salaries to physicians to do little other than be the figurehead –  always from a prominent university to give the organisation a respectable veneer. You know, science director, medical liaison, etc.

They organise one- or two-day conferences at hotels which usually include about six to eight hours of lectures full of “experts”. These conferences, if you had to pay for hotel space and speakers, would normally cost about $500 per person to put on.

However, doctors usually only pay $25 for two days of lectures and this includes breakfast, snack and lunch. With a wink, they are usually free.

Sad to say these are, once again, thinly disguised drug infomercials. Almost all of the speakers are university doctors, who know a good payday when they see it.

I attended one of these many years ago. Two prominent university professors presented about diabetes:

“There is a wonderful treatment that lowers weight, blood pressure and blood sugar with no side effects. It’s called exercise.” Oh, this sounds promising. He then spent the next 59 minutes of his 60-minute lecture talking about … drugs.

The very next speaker, who writes the Canadian Diabetes guidelines, said: “The first, second, and third line treatment of diabetes is lifestyle, lifestyle, and lifestyle”. Oh, this sounds promising. She then spent the next 59 minutes of her 60-minute lecture talking about … drugs.