Come with me on a remarkable journey with US psychiatrist and psychopharmacologist Dr Georgia Ede as she delves into the mind of Dr Thomas Seyfried. Seyfried is a biology professor and brain cancer researcher at Illinois University, with over 25 years’ experience in the field.

In 2012, Ede attended a presentation Seyfried gave on cancer at the Ancestral Health Symposium at Harvard Law School. It challenged everything she thought she knew about the dread disease. It inspired her to read Seyfried’s brilliant book, Cancer as a Metabolic Disease: On the Origin, Management, and Prevention of Cancer.

The secrets inside are so important, Ede has made them available to everyone in a fascinating four-part series on her blog, Diagnosis Diet – Nutrition Science Meets Common Sense. It covers what Seyfried says about the real causes of cancer, and the role of ketogenic diets. Here’s Ede’s first blog, with links to the rest. – Marika Sboros

Thomas Seyfried PhD, a brain cancer researcher with over 25 years of experience in the field, gave a groundbreaking presentation about cancer at the Ancestral Health Symposium held at Harvard Law School (in 2012).

The three main take-home points of his talk (spoiler alert!):

After attending his lecture, which challenged everything I thought I knew about cancer, I was inspired to read his new book, Cancer as a Metabolic Disease: On the Origin, Management, and Prevention of Cancer. In it, he lays out 400+ pages of dense scientific evidence — complete with 1,740 references, and dozens of charts, graphs and full-color glossy images to make his case.

It’s a powerful and compelling argument.

The book is expensive, and would be nearly impossible to understand without a strong scientific background, but the secrets inside are so important that I wanted to make them available to everyone — they simply must be shared.

This series of articles is dedicated to my friends, family, colleagues, and patients who are battling cancer or who have loved ones suffering with cancer. May this information bring you hope.

The Gene Theory of Cancer

In case your basic biology is rusty: our genes are made of DNA; coils of coded information that tell our cells exactly how to build all the proteins they need to conduct their daily business.

These blueprints have to be flexible, because cells need different proteins under different circumstances. Cells must be able to adapt to various conditions, such as stress, injury, infection, temperature changes, and food supply. So, genes contain lots of special controls that can be turned on and off, depending on what’s going on in and around the cell. 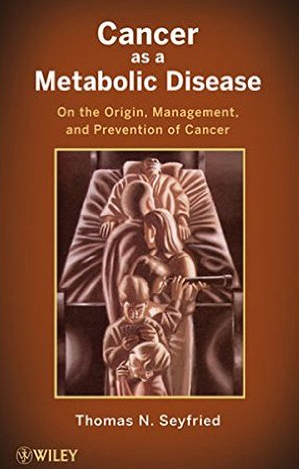 I was taught in medical school that cancer is about genes going haywire. Something evil comes along, like a toxic chemical or a beam of radiation, attacks your DNA, and poof — you’ve got cancer (unless you are a cartoon character, in which case you develop superpowers).

Mutant cells start dividing like crazy and taking over your body. I was also taught that the way to get rid of cancer is to flood it with toxic chemicals and radiation…hmmm…

The company line is that cancer is caused by mutations (changes) in DNA that transform healthy, well-behaved cells into reckless, ravenous, immortal renegades. These mutations hijack the set of instructions encoded in the cells’ DNA, and scientists think these mutations cause cells to go wild.

Cancer cells are very different from normal cells. They grow independently, ignoring the anti-growth signals and death cues that would normally keep healthy cells from getting out of control. Cancer cells create their own blood supply and can divide forever. Cancer cells lose many of the physical features of their mother cells; they are usually smaller, and may be disfigured or even shapeless.

Sometimes they fuse with each other or with neighboring cells, creating strange hybrids. The most aggressive types of cancer cells invade local tissues and/or break loose and travel in the bloodstream to distant parts of the body (metastasize).

Hundreds of thousands of different mutations have been discovered in cancerous cells, but it is actually rare to find genetic mutations in healthy cells because healthy cells have stable DNA. DNA is the most important molecule in the body so evolution has made sure it is well-protected.

The DNA of healthy cells is not fragile. It would not have survived all this time if it were. There are even “caretaker genes” that are designed to maintain and repair defects in DNA, because lots of things in the natural environment can injure DNA —even things we think of as healthy, such as sunlight and vegetables.

Cancer cells have unstable DNA, which mutates easily and is therefore constantly changing. This is why there are so many mutations found in cancer cells. This “genomic instability” is viewed as a strong suit by scientists who believe in the mutation theory.

They think that the tumour cells keep mutating to improve themselves, and that the ones with the most clever mutations are the ones which survive best and reproduce best (Darwinism — survival of the fittest). They think of cancerous cells as invincible —as stronger, faster, and smarter than healthy cells.

But this isn’t true.

Yes, most tumour cells are growing faster than most of their healthy neighboring cells, but this is not because they are speedier. It’s because they are unregulated. All the healthy cells around them are capable of growing just as fast, but there are checks and balances in place to prevent them from growing willy-nilly.

When necessary, they can grow just as fast, if not faster than tumour cells do. For example, when the liver is injured and healthy cells need to grow rapidly to replace the injured cells, their growth rate is the same as for liver cancer cells during tumor progression. 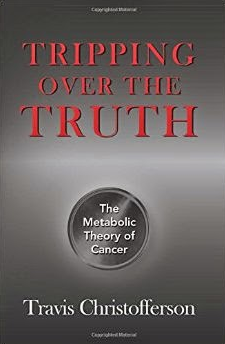 If tumour cells were more robust than normal cells, these therapies would kill off all your healthy cells and only the big ugly tumour would survive.

Instead, people are treated to the brink of destruction with chemicals and radiation while doctors cross their fingers hoping more tumor cells will die than healthy cells, and that patients will survive the therapy.

Fragile DNA is not flexible enough or coordinated enough to respond to challenges. It is, after all, the stability of healthy DNA that allows our cells to adapt to stressful environments. Tumor cells are also more sensitive to heat (fever) and to starvation.

When the body is stressed, the tumor cells are the first ones to go. These are not supervillain clones.

The “oncogenic paradox” refers to this puzzle:

“…it is getting more and more difficult to find something that is not carcinogenic.”

How can all of these different and unpredictable events leading to all of those random mutations always cause exactly the same outcome? That’s like saying no matter how you attack an orc — whether you stab him in the belly with a sword, throw a rock at his head, or push him off a cliff — his left arm always falls off.

Click here to read: CANCER: DOCTORS HAVE BEEN LOOKING IN THE WRONG PLACE

There is not one example of a mutation that causes the same type of cancer every time. Even those mutations most strongly associated with certain cancers only cause cancer in certain people.

Cancer cells within the very same tumor can have different mutation patterns.

Here’s the thing: if you transplant mutated cancer cell DNA into a healthy cell, the healthy cell almost never becomes cancerous. Only 2 out of 24 experiments were successful in transforming normal cells into cancer cells (and scientists couldn’t be sure that viral contamination wasn’t to blame). These results essentially kill the mutation theory dead on the spot.

The War on Cancer

President Nixon declared war on cancer 40 years ago. The mutation theory of cancer has been solidly in place and guiding research since 1981. Yet despite the enormous amounts of money, time, and energy that have been poured into cancer research since, we continue to lose the war against this killer disease.

How many more patients must die b4 oncology recognizes that cancer is metabolic & not genetic? Is it all about $$? https://t.co/4uoSxefwLu

Fifteen hundred Americans die every day from cancer. Researchers now place hope in the Cancer Genome Project, which they see as the shining future of cancer treatment. They have already started using the genetic fingerprints of cancer to design expensive, high-tech drugs that specifically target the unique DNA pattern of individual cancer cells.

More than 700 of these smart bombs have been developed so far, yet none of them have saved a single life. The vast majority of whatever progress we have made against cancer has been due to identification of and education about lifestyle risk factors (such as smoking), not due to advances based on genetic theories.

Seyfried argues that the reason why we are making so little progress is because we are fighting the wrong enemy.

Genes, he argues, are not the enemy, and they are not in the driver’s seat. Instead, they are innocent victims of the cancer. They are damaged, destabiliSed, and randomly mutated by the cancerous process.