Like many people, I used to be in awe of Harvard University Medical School. Until increasingly odd science began emanating from luminaries Harvard’s hallowed research halls. In 2009 the New York Times published reports on the ties of Harvard professors and lecturers to drug companies. Time magazine picked it up in how drug industry money is tainting medical education. Harvard appears increasingly impervious to dodgy behaviour of some professors. They seem to think it’s in their job description to muzzle scientific debate that opposes powerful vested interests.

Getting some Harvard professors to understand how iffy that is appears extraordinarily difficult. A quote by the late US investigative journalist and author Upton Sinclair springs unbidden mind. ‘It is difficult to get a man to understand something when his salary depends upon his not understanding it!’ Medical doctor and Harvard nutrition specialist Dr David Ludwig helps to restore faith in Harvard. Here, blogger and ‘reluctant nutritionist’ Sammy Pepys looks at how Ludwig maintains his influential independent thought and mind on nutrition. – Marika Sboros

By Sammy Pepys*
The stream of “conventional wisdom” emanating from Harvard University Department of Nutrition continues to baffle those of us who have personally experienced the benefits of a low-carb, high-fat lifestyle or seen its amazing effect on others. 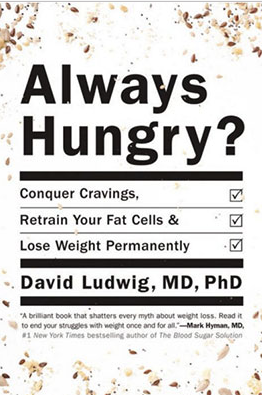 One voice providing a notable exception is Dr David Ludwig, an eminent professor within that same department. He clearly leans in the higher-fat, lower-carb direction. Yet in its PR releases, the Harvard news-team tries to project an image of harmony and agreement that collectively supports establishment thinking.

Ludwig is in the lead photo discussing a “common ground in nutrition” on the Harvard website. However, he notably did not form part of the group which gave “strong, collective support” to the Recommendations of the 2015 Dietary Guidelines Committee. Not only was he absent from the Scientific Consensus Committee co-chaired by his “boss”, (Prof) Walter Willett and Yale University’s (Dr) David Katz, Ludwig was not one of the nine additional signatories.

Ludwig believes that traditional advice such as “eat less, move more” is doomed to failure. In a recent interview with Experience Life magazine, he expressed his opinions about low-carb diets. Over time these opinions seem to be hardening in their conviction.

Beginning with a definition, Ludwig says that to be truly classified as a low-carb diet, you need to get to around the 20% level, in terms of total calorific input or just below. This is in stark contrast with the current US (and UK) average of between 55 – 60%.

Simply counting calories and cutting back on protein, carbohydrate and fat at the same time makes no sense to him. In fact, the yo-yo dieting so many people experience with Weight-Watcher style approaches epitomises it. A battle develops between mind and metabolism.

Must read: WHY IS HARVARD STICKING THE KNIFE INTO BUTTER AGAIN?

Ludwig suggests that your starting point should be to consider the hormonal and metabolic effects of food. When you take that approach, you don’t count calories. You go about things differently.

Insulin is in many ways the master hormone. Given the direct impact of carbohydrates on insulin levels, Ludwig believes that’s the best place to start lowering food intake. And because fats and protein stimulate the “satiety” hormone, ghrelin, that means you don’t go hungry. Interestingly, scientists are increasingly seeing type-2 diabetes as a disease of carbohydrate intolerance. Ludwig sees it as the ultimate metabolic breakdown.

In the latest issue of Time Magazine, Ludwig is even more direct: “Like a cattle rancher, insulin herds sugar and the other calories from your meal into storage, which usually means your fat cells.

“This not only promotes weight gain, but it also tricks your body into believing you need more energy to satisfy your body’s needs.”

This in turn causes your hunger to rebound rapidly, he says. It intensifies if you also happen to be on a low-fat diet high in processed foods.

New view:  WHY WE ALL NEED A BIG FAT SURPRISE!

Research also supports the widely held opinion that semi-starvation  (aka calorie-controlled) diets lead in most cases to that famous yo-yo effect. Infamously, most participants in the US Reality TV series, The Biggest Loser, found that their metabolism worked more slowly after intense dieting.

As a result, they had to continue their lives while eating less. Effectively they had a permanent feeling of hunger or they put on weight… which they invariably did. It is sad to note that some successful contestants even weigh more now than when they started on their ultra-aggressive, calorie controlled diets.

But back to Ludwig. 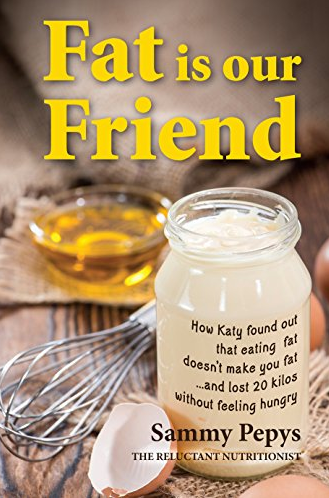 As many readers will know, scientists call the ultra-efficient weight loss approach known as low-carbing “going ketogenic”. That’s where you get as close to zero carbs as possible and your body uses body fat as its prime energy source.

It works for many, but Ludwig states that dropping to 20% carbs will also bring many health and weight-loss benefits. He reminds us of an important principle of modern biology: going 50% of the way usually brings 90% of the benefits.

Dropping to 20% carb intake or below invariably means cutting out all junk food since carbohydrates are their major ingredient. For me, bread in all its forms was the most difficult “junk-food” to avoid. For many others it is sugar, often hidden and named in ways which make it difficult to spot.

For those wanting to lose weight, I highly recommend the informative, inspirational website dietdoctor.com which cites many positive examples. Ludwig’s book, Always Hungry? provides a great introduction to this subject.

The Experience Life video interview is also well worth watching.

As for Harvard and Willett, he is still adamantly against red meat. However, he has moved  from being the leading spokesperson for the olive oil industry to embracing possible benefits of regular milk. That’s compared with tasteless low- or no-fat versions.

That said, he’s hedging his bets.  In the New Scientist, Willett says: “The picture of dairy foods and health is complicated and deserves further study.”

I guess that nicely sums up much of what we genuinely know about nutrition today.