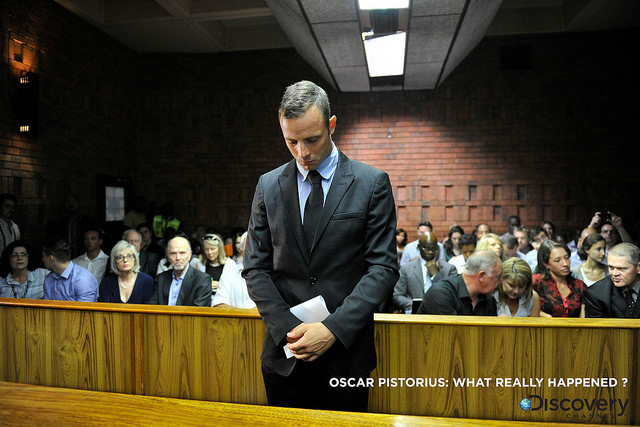 Here’s  an updated column I wrote during the trial of South African Paralympic athlete Oscar Pistorius for the murder of girlfriend Reeva Steenkamp  on February 14, 2013. It’s not anything to do with the science around optimum nutrition for body and mind. I just take the broadest possible view of what constitutes food for thought for body and mind.

Pistorius is now serving time in jail for shooting Reeva to death. (The prosecutors are appealing what they have described as the ‘shockingly lenient’ sentence of just six years for murder.) During the trial, Pistorius’ defence team made much of his mental state. The team painted his emotional outbursts and retching in court as signs of a ‘remorseful, heartbroken’ man.

To me, Pistorius’s own evidence proves he has a very real malady, very different from the one his defence wants us all to believe. It’s one that explains his peculiar behaviour in and out of court:

By Marika Sboros
Oscar Pistorius’s  performance in court was a tour de force though not as his legal team intended.

His performance was not proof of acting lessons or  emotional coaching as media reports suggested. Nor was it proof of generalised anxiety disorder (GAD) as forensic psychiatrist Dr Merryll Vorster suggested.

Pistorius’ own evidence bolsters my theory. It is one forensic psychologists hinted at and one that makes him incapable of appreciating the wrongfulness of his act.

It is narcissistic personality disorder.

I’m not a psychologist, but I studied psychology at university for two years and continue to study it informally.  The dark side of human behaviour fascinates me. I like to know what makes people commit horrific acts and feel that special dispensation absolves them of responsibility. 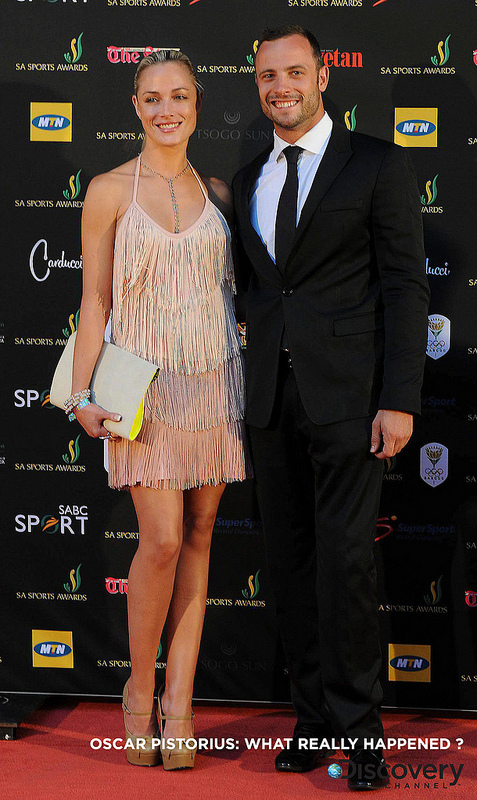 To me, Pistorius’s behaviour, not just in court but every day since he shot and killed Reeva, spoke volumes. It spoke  of his utter self-absorption, lack of empathy, and  inability to accept responsibility or blame for his actions. These are hallmarks of narcissistic personality disorder.

Even social worker Yvette Van Schalkwyk admitted that in all the conversations she  had with Oscar Pistorius, all he would say was that it was “an accident”.

Van Schalkwyk was his parole officer and volunteered to give evidence on behalf of Pistorius. She told the court she met him the day after the shooting and found  him  “heartbroken”. That was because he cried  “80% of the time”, and vomited twice in court during his bail application.

She said Pistorius often told her he “missed” Reeva. He was “sorry” for the loss of her and for her family.

Bulldog state prosecutor Gerrie Nel repeated the words, “sorry for the loss” dripping with sarcasm. He asked  Van Schalkwyk: “Did (Pistorius) ever say he was sorry for shooting Reeva?”. She replied: “No.”

Van Schalkwyk clearly hoped to help the defence case. She ended up bolstering the theory that he is a narcissist. Ditto for Vorster. She vainly attempted to prove that GAD and  “hypervigilance” made Pistorius overreact on the night he shot Reeva.

Nel sabotaged that by punctuating his cross-examination with instances of Pistorius’s tendency to blame anyone except himself. Nel raised the instance of  the “miracle of the immaculate explosion”. A gun went off when Pistorius was dining with friends in a Johannesburg restaurant. Not his fault, Pistorius said, even though the pistol was in his hand  at the time. (I write about that in another blog. Click here to read: OSCAR PISTORIUS: ‘SMOKING GUN’ TO PROVE HE’S INNOCENT?)

Pistorius took blame shifting to new  heights during the trial, as narcissists tend to do. He pointed fingers at anyone and everyone, including his own defence team at times.

Through the veil of his tears and ramblings, Pistorius spoke about his “God of refuge”  who helped him win on the track and get through Reeva’s death.

Johannesburg forensic psychologist Leonard Carr pointed out in a Jacaranda FM interview that it was all about what God could do for Pistorius. There was nothing about Pistorius’ responsibility towards God or need to apologise to God for what he had done.

Pistorius described the exhausting toll the fatal shooting had taken on himself. How he battles to sleep despite taking anti-depressants and sleeping tablets, has nightmares, wakes terrified with the smell of blood in his nostrils. He told of his love for dogs. How he once leapt from his car brandishing a gun to save a taxi driver being beaten up on the roadside.

It never seemed to occur to Pistorius that Reeva would never again be tired, sad or happy, all thanks to him. Pretoria clinical and forensic psychologist Ivan de Klerk made that seminal point in a TV interview.

De Klerk said  while he could not  diagnose Pistorius  without actually consulting him, the athlete demonstrated many of the hallmarks of narcissism. Among those are an overarching  desire for attention and  a lack of remorse.

Pistorius missed the remorseful boat completely, De Klerk said. That came more than a year ago right after February 14, 2013. That’s when he should have shown remorse and declared  some sort of “mea culpa”.

Instead, Pistorius’ first legal action was to fight the bail application, demand the right to travel, even to train and compete as the “Blade Runner” again. In other words, to be free and not take responsibility for what he did.

Pistorius kept saying he had made “a mistake” when he shot Reeva to death. Not the smartest choice of words if you are trying to indicate remorse, I’d say.

“People cry and say they’re sorry not necessarily because they’re remorseful but because they got caught,” De Klerk said.

Carr was equally damning of Pistorius’s performance. In the radio interview, he called Pistorius a “vain man, driven by image, living a life “centred around performance”.

Carr found it “very strange” that Pistorius employed a PR team from England (soon dispatched)  immediately after the shooting and that he returned to training so soon. And that he was in a new relationship with a 19-year-old. (It didn’t seem to last long.)

Yet in court, Pistorius presented himself as  “this vulnerable bloke suffering from chronic post-traumatic stress despite being on a cocktail of medication”.

Was Oscar Pistorius ever really being sincere?

Everything was obsessively about him. As  result, his evidence made me want to do what Pistorius did so often in this trial: throw up.

Carr said Pistorius’ performance reminded him of a quote by US actor George Burns: “The secret of great acting is sincerity. If you can fake it, you’ve got it made.”

Which sums it all up rather nicely.