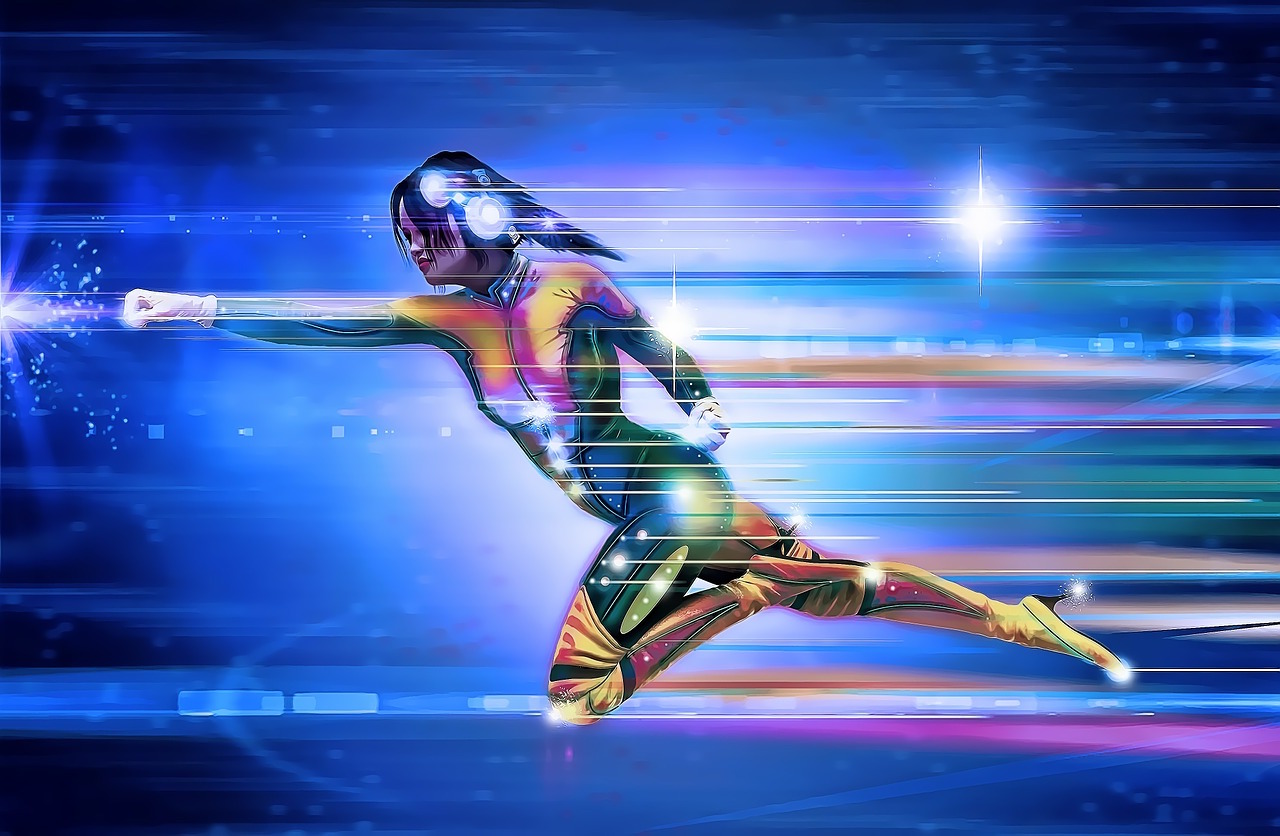 The Atkins Diet radically destabilised medical and dietary establishments in the US in the 1960s. The brainchild of the late US  physician and cardiologist Dr Robert Atkins in the early 1960s, it led Time magazine to name him one of the 10 most influential people in the world in 2002. Atkins paid the price for challenging the status quo. He was demonised. His weight loss advice became one of many casualties of the ‘diet-heart hypothesis’.

That’s the one which holds that saturated fat causes heart disease. The one enshrined in official dietary guidelines imposed on an unsuspecting public in the US in the late 1970s and the rest of the English-speaking world thereafter. It continues to demonise dietary saturated fat, glorifies carbohydrates. It holds sway today despite an avalanche of evidence showing that it’s unproven dogma. The Atkins Diet has undergone its own revival with publication of The New Atkins For A New You. The book is a nutrition phenomenon not just for weight loss but to improve health and boost sports performance. In South Africa, Atkins products are growing in popularity. In a Q&A here, Healthy Brands MD Justin Strout, a qualified fitness trainer, explains why Atkins offers ‘the exercise strategy of the future’:

Have  you ever subscribed to the CICO (calories in, calories out) model that obesity is from gluttony and sloth? In other words from people eating too much and exercising too little?

If you’d asked me that question five years ago I may have agreed with you. Since then I realise it’s much more complex than that. A good example is people finishing the Comrades Marathon who are overweight. How is that possible that anyone can exercise to that level, be that fit and yet still cross the finishing line with 10 kgs or 15 kgs overweight? This shows that some people don’t eat properly when training for endurance events; they gain weight regardless of the amount of exercise they do. In the past, we were told to eat large volumes of carbs in training, leading up to and during any and all exercise event. This advice simply doesn’t work for most people.

There is no single answer as we all have a different physiology.I see many people starting an exercise program to lose weight or achieve a fitness goal but failing because of what they eat. It is important to understand about insulin and how it works in our bodies as this affects fat storage. Very simply from an exercise perspective, when you eat high-carb or high-sugar foods your blood glucose is raised. This causes the release of  insulin to reduce blood glucose levels. When this happens, your body can’t use fat as fuel because it prioritises glucose to drop the blood glucose level. That’s why you won’t lose weight if you drink energy or sports drink high in sugar during a run. My view is that a daily diet that is low in sugar and other carbs – around 50g – 100g per day – will encourage the use of fat fueling ( known as fat adapted). On race day you can add  some carbs to support the high elevation of heart rate and glucose use. It’s a simplified overview, but there’s more detailed information on our Atkins website.

What made you add Atkins to your Healthy Brands company?

We started Healthy Brands it three years ago primarily to support bringing in the Atkins brand and concepts into South Africa. We saw an opportunity in the South African market for a good-quality low-carb product. We didn’t think it would be successful as it has been. We’re now looking to add additional products to the line-up, always in the health and wellness line as well as some exercise and gym equipment products.

The New Atkins For A New You is like your company manual. In a nushell, what’s so new about the book?

It is written by three top US nutrition professors:  Dr Erik Westman, Dr Stephen Phinney and Dr Jeff Volek. They  basically built on what Dr Atkins had written. They brought it into a new era if you like, moved it away from a diet and more into a lifestyle. It introduces the idea of four phases during which the body adapts to a new way of eating. It recognises that there is one-size-fits-all diet; everyone has a unique metabolism and metabolic environment. You might be inactive, active, pre-diabetic, diabetic or perfectly healthy. Not everyone wants to lose weight.  Some people just want to be healthier. The Atkins approach definitely covers all health goals.

There are still many myths about the Atkins diet, one being that it’s high-protein and bad for the kidneys. Is it?

That’s definitely dogma, something that we do battle against in South Africa. Some people think we are  a “ bacon and eggs diet”, with no portion control. That’s just a lack of information.  There are guidelines to follow.  Atkins is not high-protein but a mix of fat and protein – creates automatical portion control. It resets the body’s appestat, the part of the brain that tells you when you are full. You could never eat the same size steak as you could a pizza – or at least most people can’t. Atkins doesn’t exclude carbs but you soon learn that you don’t need nearly as much carbs as you’ve been told.

Must read: HEARTY NEW EVIDENCE: EVEN ‘BAD’ CHOLESTEROL GOOD FOR YOU!

What are the best sources of fats in your products?

We use both animal saturated and plant-based fats. Our products generally have around 20% fat content which is a lot higher than other products. People will pick up the product and say there’s too much fat in it, because we’re conditioned to thinking fat is bad. But the right fats improve satiety and make the product taste good. I think that’s key. If you take out fat then your product doesn’t taste great and companies have just added sugar. which is kind of why we are where we are with obesity and other health epidemics. 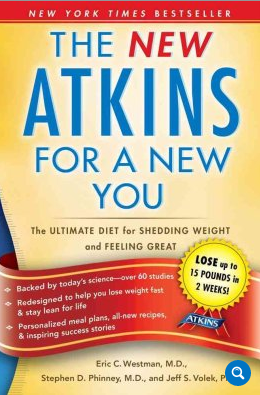 LCHF regimens promote eating real food. Can you call your products “real food” when they are processed?

We put our hand up and say that they’re not grown in the garden. Where I feel they have a fundamental role is in the transition process during the four phases. of Atkins regimens. It’s unrealistic to expect everyone who has  been eating a pie and a KitKat for lunch every day for the last 20 years suddenly never to consume another chocolate again. We feel there is space for people to have so-called “treats” – healthy low-carb, high-fat nacks that  still stay within their carb threshold. The Atkins range of products may come in a wrapper but they are truly  nutritionally “balanced” –  with protein, fat and no added sugar. These products will help to keep your carbs low, won’t increase your blood glucose, and won’t require an insulin response. They will satisfy your brain that you’ve had something sweet without the physiological response. That can be important psychologically for some people when changing their lifestyles.

What’s a typical breakfast for you?

I would normally have one of two things: scrambled eggs with feta and coconut oil. On the days that I train, I tend to have a smoothie made from  high-fat yoghurt.  I use Moringa, glutamine, some nuts and seeds, maybe some berries and a  bit of whey protein. Creating variety from that with different combinations or adding in some bacon etc.

What foods would you avoid like the proverbial plague?

Sugar, sugar, sugar! I’ve never been a big fan of potatoes, so that was quite easy to strike off my list, and pasta – all the grains. It has become a lifestyle not a diet.  I don’t really notice not eating bread or pasta anymore. There are so many alternatives and great recipes. Atkins  becomes simple once you get through the first few weeks, like any change.

Atkins and other LCHF eating regimens are often called fad diets. Are they?

I think the real fad diet is the high-carb, low-fat diet. LCHF has been around for much longer. There is so much science to show that LCHF is not a fad.

Where to for Atkins in SA?

We are not just in the business of selling products. We want to educate people and facilitate the free flow of information on optimum nutrition. People need to be given the space to read and understand and make their own decisions. We help our customers to understand where the pitfalls are, and provide supporting products as they transition away from sugar and excess carbs. We focus on bringing good quality health improving products to the South African market and are looking into options soon to be launched.