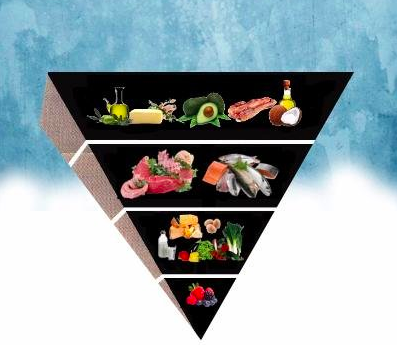 The US government’s dietary guidelines have made people fatter and sicker over the past 40 years and need a complete overhaul, say scientists. They say the guidelines are unscientific and their effects catastropic for public health: epidemics of diet-related illnesses including obesity, type 2 diabetes and heart disease. They say the guidelines have contribute to unnecessary suffering and deaths, while contributing to skyrocketing healthcare costs.

Next month, 25 of the world’s top medical and scientific minds will gather at the Low Carb San Diego 2016 conference, the largest of its kind to date, to be held  from July 29 – 31 to examine what can be done to turn that situation around:

CEO Doug Reynolds says speakers will present clinical research and best evidence to date on nutrition in general, and low carb in particular, to treat and prevent serious disease. A focus will be the significant failure of the current US Department of Agriculture (USDA) and Health and Human Services (HHS) dietary guidelines to fight skyrocketing rates of obesity and diabetes.

Other experts say it’s not just a US phenomenon. The US guidelines are hugely influential. After their introduction in the late 1970s, the guidelines have been followed religiously by most other English-speaking countries, including the UK. All have paid the same heavy price, say the experts.

The conference comes in the wake of  the so-called “fat wars”  in the scientific community in the UK that broke out after recent publication of a  report by the UK National Obesity Forum in collaboration with the newly established Public Health Collaboration (PHC). The report says official UK low-fat, high-carb dietary guidelines are based on shaky science and food and nutrition advice to the public has been “corrupted by commercial influences”.

In the latest salvo,  doctors attending the PHC inaugural conference in Birmingham on June 11 called for a radical revision of public health advice, and for nutrition and lifestyle to become the “bedrock on which medicine is based”. They called for low carb to be first option in treatment for diabetics.

There have been sporadic and ongoing attempts to bring the US guidelines into the 21st century of nutrition science, and to reduce the stranglehold of vested interests  on official dietary advice. The spotlight has fallen on the unscientific demonisation of saturated fat, and glorification of carbohydrate foods, which research has fingered as major contributors to the global epidemics of NCDs.

Top British obesity researcher Zoe Harcombe notes in an editorial in the British Journal of Sports Medicine that the  2015 US Dietary Guidelines are “conspicuously silent on the subject of total fat”. The recommendation appears to have been “quietly dropped rather than confessionally reversed.

The UK is “behind the times”, Harcombe says. The title of her editorial speaks volumes: Designed by the food industry for wealth, not health: the “Eatwell Guide”. The guide is an essential component of official UK dietary guidelines. It was formulated by a group appointed by Public Health England, consisting primarily of members of the food and drink industry rather than independent experts, Harcombe says.

In a devastating critique, Harcombe says that the primary issue with the Eatwell Guide, as with its predecessors, is that it is “not evidence based”.

“The greatest flaw of the latest public health dietary advice (in the UK) might be the missed opportunity to deliver a simple and powerful message to return people to the diets we enjoyed before carbohydrate conditions convened,” she says. ” But when the who’s who of the food industry were represented on the group, Eat Real Food! was never a likely outcome.”

A similar dynamic and conflicts of interest lie at the heart of the US guidelines, say specialists.  US science writer Nina Teicholz has documented the history and background to what some have called the biggest mistake in the history of modern medicine  in sobering detail in her best-selling book, The Big Fat Surprise.

Also read:WHY WE ALL NEED A BIG FAT SURPRISE!

Other topics on the table will be the role of low carb in preventing and treating cardiovascular disease, dementia diseases such as Alzheimer’s and cancer, and boosting sports performance.

Over 900 people are expected to attend the Low Carb USA 2016  event at the Westin Gaslamp Hotel in Downtown San Diego.

For healthcare professionals, application for CME credit has been filed with the American Academy of Family Physicians.