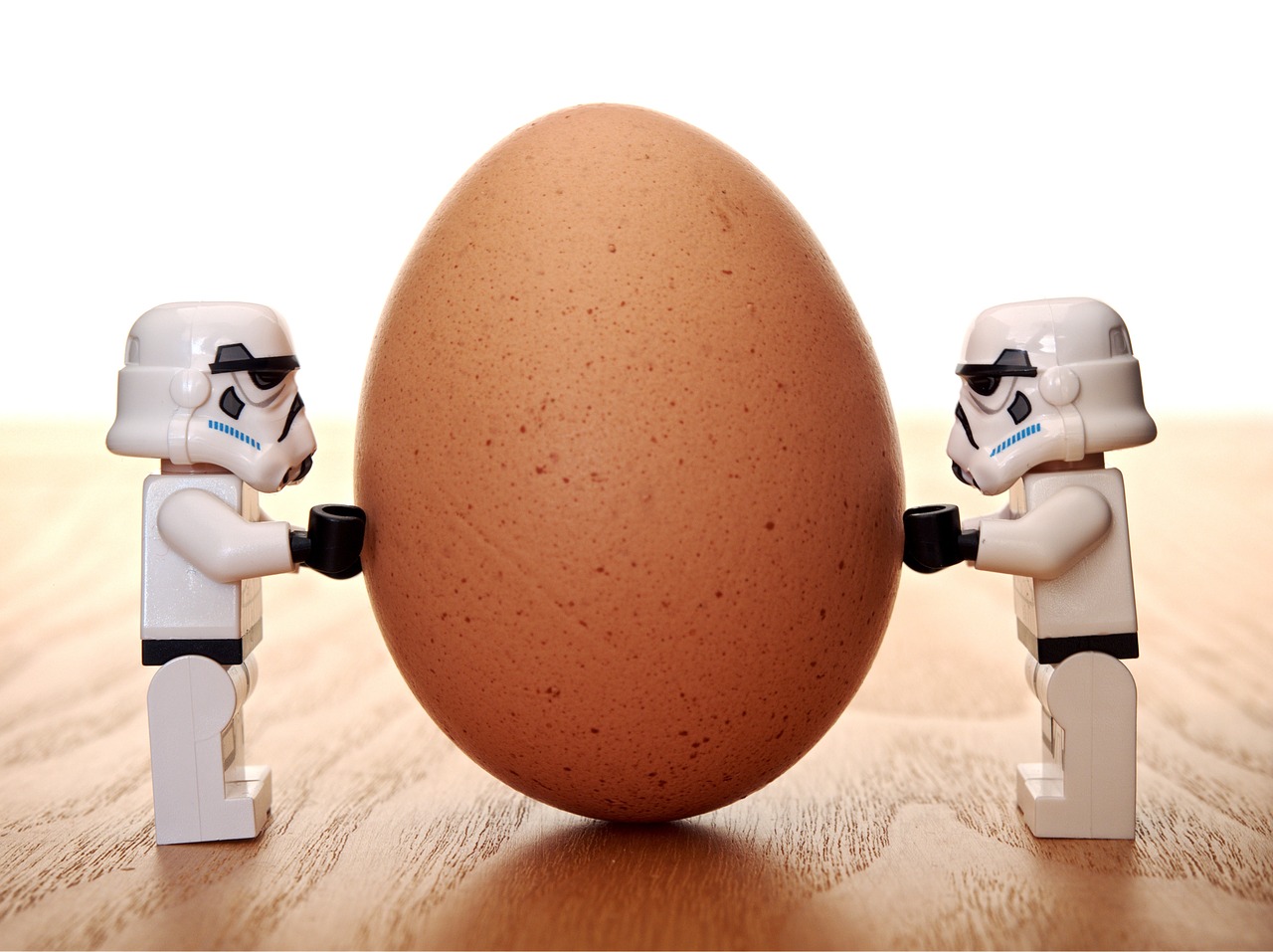 The latest salvo was the PHC’s inaugural annual conference in Birmingham on June 11. The stellar panel of speakers drew heavy armoury of scientific research to challenge conventional public health advice and call for a complete overhaul of the UK’s official dietary guidelines.

A leitmotif running through the conference came through a study by one of the conference speakers, top British obesity researcher Dr Zoe Harcombe, published in the BMJ Open Heart in 2015. It showed that the US guidelines on which the UK’s guidelines are based, were without scientific foundation when first introduced in the late 1970s, and remain so today. Results have been catastrophic:  global epidemics of obesity, diabetes and heart disease demonstrate.

Speakers took special aim at PHE’s “Eatwell Guide”, described on the organisation’s website  as “ a policy tool used to define government recommendations on eating healthily and achieving a balanced diet”; Harcombe dismissively referred to it as the “Eat Badly Guide”,  due in the main to excessive influence of  members of the food and drink industry rather than independent experts.

In an editorial in the latest issue of the British Journal of Sports Medicine, Harcombe argues eloquently as usual that the revised  “Eatwell Guide” promotes industry wealth not public health.

The PHC conference has come at the same time as media reports saying that the UK government intends reviewing its guidelines on consumption of saturated fats found in foods such as  butter, cream and cheese after two recent meta-analyses showed that  these fats have been wrongly “demonised” for decades.

The review by the PHE’s Scientific Advisory Committee on Nutrition (SACN) is being touted in the media as possibly leading to “the most significant overhaul of dietary advice in recent decades”. However, The SACN is not expected to report any findings before late 2017 – at the earliest. If the strength and ferocity of the vested interests behind the guidelines so far are anything to go by, the PHC is very wisely not standing back and holding its breath until then.

A focus at Birmingham was a need for radical changes in medical practice to prevent and reverse chronic disease.

The conference opened with a talk by GP Dr Rangan Chatterjee. With his film star good looks, Chatterjee has become a household name and face as star of the BBC’s reality TV series, Doctor in the House. In a presentation titled Lessons from Doctor in the House, he gave insights gleaned from the coal face of individual health.

For starters, Chatterjee says “the era of the 10-minute NHS GP consultation is dead” – or at very least terminally ill.  He said GPs need to spend more time inquiring into the “why” of patients’ illnesses instead of reaching first for the prescription pad.

“We are trying to apply the  pharmaceutical model of acute disease to chronic disease,” Chatterjee said. “It  doesn’t work.”

Nutrition and lifestyle should be “the bedrock on which medical treatment is based”, he said. Medicine  should be involved when people are healthy, and not just wait for them to get sick. In other words, medicine needs to return to its roots as health care rather than sick care.

Consultant cardiologist Dr Aseem Malhotra gave an equally powerful presentation on the topic of Too Much Medicine – doctors who don’t know when to stop.

Malhotra is an acknowledged expert globally in prevention, diagnosis and treatment of heart disease. He enjoys a reputation as “one of Britain’s most outspoken cardiologists”, particularly on the topic of nutrition for healthy hearts. He is successfully leading the UK’s Action on Sugar campaign that has made the white stuff into Public Health Enemy Number 1. He lobbies regularly for saturated fat to be removed from the “demonised” list of foods.

Malhotra spoke on the “seven sins” that contribute to a lack of knowledge and foster a tendency among doctors to “do more”.  Among these sins: biased research funding; biased reporting in medical journals and the media; biased patient pamphlets; commercial conflicts of interest.

“If I use biased information to make clinical decisions for patients, I am being unethical,” he said.

Malhotra referred to “health and risk illiteracy” among doctors –  medical training that leaves them ill-equipped to understand and communicate health statistics and benefit versus risk profiles of drugs or treatment methods appropriately to patients.

He took special aim at statins – blockbuster cholesterol-lowering drugs that are the most widely prescribed drugs ever, despite evidence showing that in most cases risks far outweigh benefits. He said it was unethical for doctors not to tell patients about NNT (numbers needed to treat) when explaining benefits of statins. Low-fat and statin industries have led  doctors to exaggerate grossly the benefits of  treatment for so-called  “bad” (LDL) cholesterol.

“We have to stop obsessing about cholesterol,”  he said.

That sentiment was echoed throughout.

Harcombe gave a fascinating presentation titled Facts About Food To Help Real Foodies Fight Back, in which she carefully dissected and dispelled some of the myths that still exist about food and fats. Among these: the CICO (calories in, calories out) model on which the UK Department of Health and its National Institute for Health and Care Excellence (NICE) guidelines are premised; the notion that animal fat, in particular red meat, is dangerous because it’s full of saturated fat; and that if total fats in the diet don’t kill, then cholesterol will.

Harcombe is clearly no fan of frequent small meals and regular snacking in between meals: “Stop grazing unless you are a cow or want to be the size of one,” she told conference delegates.

GP Dr Joanne McCormack focused on the effects of bad dietary advice on the young. In her talk on Protecting Children From Nutritional Harm, she called on delegates to join the PHC, share information on real food and “become warriors” in the fight against fake food  for children.

It should be illegal to harm children with sugar and processed foods, McCormack said. The culture needs to change. Children are being fed five carb “fixes” a day and being made into “carb addicts”.

If children are addicted to sugar, they must stop eating it completely, she said.

Low-carb power couple clinical health psychologist Dr Jen Unwin, and GP husband Dr David Unwin gave an entertaining presentation on the power of hope in health and healing – along with the need for diabetics to reduce their carbohydrate intake.

David Unwin detailed his significant success in treating diabetes mostly through diet alone. Unwin has been acknowledged as an NHS Innovator of the Year for saving the NHS more than £45 000 annually in drug prescriptions for diabetics. He said the well-documented effects of carbohydrate intake on blood sugar levels means that carbohydrate reduction  should be first treatment option for diabetics.

Advising moderate carbohydrate intake for diabetics – or anyone else – leaves them “moderately poisoned”, he said.

These days, “never a day, even half a day,  goes by when I don’t see patients who thank me. That wasn’t happening four years ago.”

NHS psychiatrist Dr Tamsin Lewis (aka “SportieDoc”) spoke movingly of her personal experience. Nutrition helped her to treat mood disorders and brain “fog” from overmedication after a severe head injury in a skiing accident during her final year of medical school in 2004.

Lewis, who is also a professional triathlete won the UK’s Ironman race in 2014. She is an advocate for the power of nutrition for optimum sports performance, but also for   nutrition and nutrigenomics that can play vital roles in treating mental illnesses.

Medical education needed a “complete overhaul”, Lewis told the conference. Medicine should focus more on health optimisation rather than the absence of disdease.

GP Dr Ian Lake told the conference how he  revolutionised treatment of his own type 1 diabetes by going on a “ketogenic” – extremely low-carb, high-fat – diet. The only pity, he said,  was that he “didn’t do it earlier”.

He put up a slide showing all the evidence for current dietary guidelines – it was blank. He welcomed the fact that the NHS now allows doctors  to manage diet “based on patient preference” as this helped to remove a dilemma he has faced: “That I can give advice I know is wrong”. Lake said it was unethical to offer diabetics the current guidelines only. In answer to criticisms that a low-carb diet is unsustainable and a fad, he said it was only unsustainable if patients did not eat high fat.

Some people do well on carb-counting and insulin injecting, he said; others don’t. And anyway, the one good thing about an LCHF diet is that “you can stop it at any time”.

Must read! WILL LCHF TRIGGER A NEW HEART DISEASE EPIDEMIC?

Dietitian Dr Trudi Deakin gave a fabulous food biochemistry 101 in an entertaining  talk on Three Reasons Why We Need To Bin Dietary Guidelines In Relation To Dietary Saturated Fat. Deakin, CE of Xpert Health,  a registered UK charity that specialises in the research, development, implementation and audit of structured education for the public and healthcare professionals internationally, gave more than three reasons, amon them that saturated fat doesn’t clog arteries, and we all need cholesterol because ithout it, we’d be dead. That makes lowering  cholesterol not always a smart move.

Some speakers signposted the growing “wisdom of the crowd” and  the power of ordinary mortals and their families to transform the practice of modern medicine world wide.

Arjun Panesar, co-founder of diabetes.co.uk,  described how the launch of a global diatetes community forum on November 14, 2015 took just 103 days to grow to 128 000 members.

The Whitington family gave moving testimony on the power of low-carb  to beat diabetes completely. When father Geoff Whitington developed type 2 diabetes some years ago, he bought into conventional medical “wisdom”, which preaches that diabetes is progressive and irreversible. His condition deteriorated and he had resigned himself to a slow descent into declining health and complications of the metabolic condition that can prove fatal. His two sons, Anthony and Ian, started researching options and resolved to save him.

In more a year of honest and intimate filming to make, Fixing Dad, they document their struggle to transform their father from an obese, barely mobile night time security guard into the fighting fit endurance cyclist and health activist he is today.  Geoff and his sons now give talks around the world about the challenges and the rewards of reversing type 2 diabetes from the patient’s perspective.

Speakers at times were preaching to the converted, but they weren’t speaking with one voice. They weren’t saying that low-carb is a one-size, fits-all diet or that only a ketogenic diet will cure certain ailments. Chatterjee said there were communities that did well on high-carb. However, they also practised other supportive lifestyle habits.

Some speakers spoke more about healthy rather than high-fat intake. All agreed on the basics, including that too much sugar, refined carbohydrates, and processed  “fake foods”  are major culprits in global epidemics of chronic diseases such as obesity, diabetes, heart disease, even cancer. They were at one that the diet-heart hypothesis is unproven, unscientific dogma.

PHC director Sam Feltham says the inaugural conference was “an incredible day” with as much passion and enthusiasm from delegates from speakers.

The next step for the PHC, Feltham says,  is to inform GPs and other health professionals about our guidelines “in order to educate the masses and really start turning the tide on public health”.

Never was that  more needed. Harcombe has reflected on the consistent message that came out of the PHC: She says public health advice is “the single biggest obstacle” the UK faces as it battles to return the country’s people to the good health they should all be enjoying.