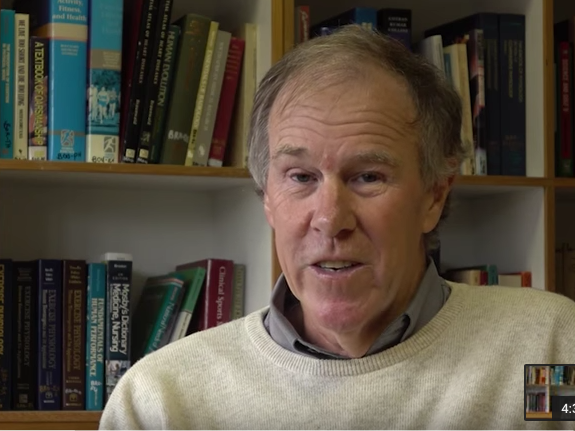 Is there really any solid science behind Prof Tim Noakes’ views on butter, bacon, eggs and broccoli?  In Part 1 of a riveting series of  video clips compiled by the Noakes Foundation, Noakes reveals the significant body evidence he presented at the February 2016 session of the Health Professions Council of SA (HPCSA) hearing.

The hearing is being called the “nutrition trial of the 21st century”.  The HPCSA has charged him with unprofessional conduct for going against conventional medical “wisdom” by telling a breastfeeding mother on Twitter in 2014 that good first foods for infant weaning are low-carb, high-fat (LCHF). If you know anything at all about LCHF you’d know that means meat and veg. To Johannesburg dietitian  who reported him to the HPCSA, that’s dangerous talk:

Dietitian Claire Julsing Strydom, who just happened to be on Twitter at the same time as the breastfeeding mother, tweeted that she was so “horrified”  by Noakes’ opinion she would be reporting him to the HPCSA. She did so the very next day. The HPCSA immediately took up cudgels on Strydom’s behalf, and the Association for Dietetics in SA (ADSA), of which she was president at the time.

The HPCSA, despite being riddled with corruption and incompetence itself according to a damning government ministerial task team, quickly marshalled an army of doctors, ADSA dietitians and academics to give evidence and assist its prosecution of Noakes. So far, none of the expert witnesses acquitted themselves well.

In the videos below, Noakes gives the background to the hearing that has become known as the “Banting for Babies trial” and the “Nutrition Trial of the 21st Century”, the charge against him and why he believes it has no merit whatsoever.

He also explains why he has chosen to go on trial – he calls it a “journey” – when he could very easily have made it all go away: he is a world-renowned scientist, one of few globally with an A1 rating for both nutrition and sports science. He is also a medical doctor, though he hasn’t practised clinical medicine for the past 10 years. He could have deregistered from the HPCSA. It  would no longer have jurisdiction over him, and he would have been free to say what he likes about healthy eating for infants or anyone else.

In the third video, he speaks of his “Damascus Moment” – when he first read The New Atkins For A New You, by US scientists Stephen Phinney, Jeff Volek and Eric Westman.

Noakes believes he has a duty to help spread the scientific word about safe, effective treatment to beat life-threatening diseases such as obesity, heart disease and cancer.

The hearing resumes in October 2016.