Here’s food for thought: there is evidence to show that low-carb, high-fat (LCHF) diets work very well for people with type 2 diabetes. Growing evidence shows that  LCHF diets can reverse the symptoms of diabetes completely. Many diabetics can also come off all medication altogether.

The writer of an article on diabetes.co.uk asks that question and suggests answers.

Jephcote fingers official dietary guidelines that followed in the wake of  US Department of Agriculture’s “food pyramid”. The pyramid advises lots of starchy carbohydrates and low-fat foods as the foundation. The UK and most other English-speaking countries enthusiastically adopted the recommendation. There have been revisions over the years, but orthodox guidelines still endorse high-carb,  low-fat, especially low-saturated fat, foods.

How wise is that conventional dietary “wisdom”? Consider the results over decades. There have been skyrocketing rates of obesity, diabetes and heart disease. Those are just some of so-called non-communicable diseases (NCDs) that are epidemic across the globe. For good reason, doctors now refers to NCDs as “diseases of lifestyle”. 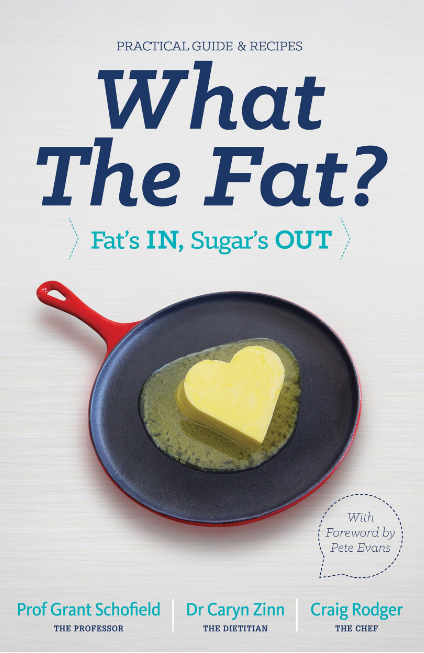 Many also refer to LCHF diets as fads – for diabetes or any other health issue. New Zealand specialist Prof Grant Schofield puts that myth to rest. Schofield is co-author of a brilliant book, What the Fat. If you haven’t read it, I advise you to do so immediately.

He is also co-author of a paper in the New Zealand Journal of Medicine in April.  Titled Very low-carbohydrate diets in the management of diabetes revisited, it is illuminating.

In it, the authors say that doctors have used low-carb diets to treat type 2 diabetes since 1797. That was until the discovery of insulin in 1921.

In the paper’s abstract, the authors say the trend towards higher-carbohydrate diets for people with diabetes has had unfortunate consequences. It probably contributed to the pessimistic view of type 2 diabetes as a chronic, degenerative condition. And the view among many doctors that these diabetics will have to take drugs for the rest of their lives.  Schofield and co-authors introduce evidence for very low-carbohydrate diets in diabetes management and discuss common objections to their use.

One reason health authorities give for not recommending low-carb diets is lack of evidence on long-term safety. The problem with that argument,  Jephcote says, is that the same applies to high-carb diets.  The global epidemics of NCDs also suggest strongly that high-carb, low-fat diets are not safe for many people.

Read more: DIABETES CAN BE CURED! A DOCTOR’S JOURNEY

Jephcote points to results of research into low-fat safety. A major study was the  US Women’s Health Initiative (WHI) Dietary Modification Trial in 1996. It reviewed, over an eight-year period, whether a low-fat diet would help women lose weight and protect against heart disease. He says, with remarkable restraint, that many judged the WHI results were “to be disappointing”.  The low-fat diet showed no evidence of helping with weight loss or in reducing incidence of heart disease”.

That brings him to another important question. When will officials who compile dietary recommendations “catch up with the science”?  The American Diabetes Association released a position statement in 2013 recognising that a low-carb diet has benefits.

The American Diabetes Association’s position statement in 2013 recognises benefits of low-carb diets. Diabetes UK recently toned down its advice to eat plenty of starchy carbohydrates at each meal. It now has more of a focus on choosing an appropriate amount of carbohydrate. It bases that on factors such as age, activity level and weight loss and need to improve blood glucose levels.

However, like most diabetes associations worldwide, Diabetes UK is still “fat phobic”. Jephcote says it regards saturated fat as something that people should avoid. It makes no distinction between the saturated fat found in dairy and meat and the saturated fat companies use in processed foods.

He recommends a book, Reverse Your Diabetes, by Dr David Cavan. Cavan treated diabetics for 20 years on the NHS and is now policy director at the International Diabetes Federation.

The book is a step in the right direction but a small step. It can seem conservative compared to more radical low-carb approaches. Cavan steers readers away from very low-carb diets despite growing evidence to suggest the benefits. Canadian physicians Dr Jay Wortman and nephrologist Dr Jason Fung are among those who believe that very low-carb diets are the way to go.

Cavan also supports the conventional 5-a-day portions of fruit and veg recommendation. It is still part of official dietary advice despite the lack of science behind it.  He does at least defend dietary fat. Cavan says that  fat’s bad press is because it’s easy to link the two and think that “fat in food causes fat people”.