Heart disease is not from a deficiency of statins, as some heart specialists seem to believe. Top Icelandic cardiologist Dr Axel Sigurdsson isn’t one of them.

Sigurdsson is one of the speakers on the stellar panel at the Icelandic Health Symposium’s innovative Foodloose conference in the country’s capital city, Reykjavik, on May 26. He is also a fan of food as medicine as first resort. That’s a refreshing change from orthodox colleagues who think we should all be popping statins like smarties. Here’s what Sigurdsson say sabout hearts, age, cholesterol. – Marika Sboros

For decades, scientists have been trying to find out what causes heart disease. Although we have gained some knowledge along the way, many questions remain unanswered:

American physicist Thomas S Kuhn wrote that “to be scientific is among other things to be objective and open-minded”. Throughout history, preconceived notions and conceptual misunderstandings have restrained scientific progress. Unfortunately, they continue to do so in the 21st century. 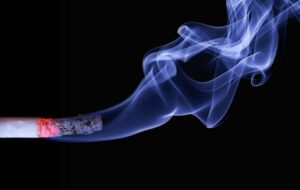 Smoking, hypertension, diabetes and high blood levels of cholesterol are examples of risk factors associated with increased risk of cardiovascular disease (CVD). Modification of these factors may affect the probability oan event such as a heart attack (myocardial infarction) or stroke.

The risk of CVD increases with age. However, most intervention trials testing the efficacy of preventive measures have focused on middle-aged individuals. This may be misleading because risk factors may vary with age.

Risk for the young

Hence, a particular risk factor may have more impact on a young individual than an older person. This might, in theory, and for example, mean that high cholesterol matters more when we’re young than when we’re older.

In a paper published recently in the European Heart Journal, Gränsbo and coworkers from Malmö, Sweden address the question of whether risk factor exposure in individuals differs according to age at first myocardial infarction (MI). In other words, are smoking, high cholesterol, diabetes and hypertension as bad for the heart health of a 40-year-old as a 75-year- old?

Of course, this is an important scientific question and the study has several strengths. It is based on a large, solid database with virtually no loss to follow-up.

World-renowned US cardiologist. Dr Eugene Braunwald.  discusses the paper in an editorial. Although of much less quality than Gränsbo’s paper, and pretty much off target, Barunwald’s discussion of the study findings makes an interesting read.

The study by Gränsbo and coworkers addresses the presence of risk factors in individuals who later develop MI early and late in life. They based their analysis on data from a population-based registry in Malmö, Sweden. They enrolled 33.346 individuals without cardiovascular disease and followed for an average of 22 years.

MI developed in 3.687 patients ranging in age from 37 to 84. Researchers compared each one with 1-2 age-matched controls who did not develop a cardiovascular event. The main findings of this analysis were that blood levels of cholesterol and family history of MI are much stronger risk factors in younger age than in older subjects.

Risk for all ages

Braunwald’s editorial addressing the study by Gränsbo and coworkers is entitled Reduction of LDL-Cholesterol: important at all ages. This is interesting because the study did not address LDL cholesterol at all.

Braunwald underscores the importance of considering both the relative and absolute risk when discussing the association of risk factors with age. He cites earlier findings that the Prospective Studies Collaboration provided. It combined the results of 61 prospective observational studies relating total blood cholesterol to vascular mortality in almost 900.000 subjects.

According to Braunwald, results from this large database confirm that cholesterol is a much more potent risk factor for coronary heart disease in younger than older subjects. However, the incidence of CVD is much lower in the younger compared to the older age groups. Hence, much more could be gained in absolute terms by lowering cholesterol in older than younger individuals.

Braunwald believes that the implications of the Prospective Studies Collaboration’s and Gränsbo’s analysis “is that efforts to reduce total cholesterol (and its important fraction, LDL cholesterol) should be undertaken as soon as an elevation is recognised, and these efforts should be lifelong”.

However, this is not at all that Gränsbo’s paper was about. It wasn’t about LDL cholesterol and the under-use of statins. It was about how the influence of risk factors varies with age.

Why is an MI in younger patients preceded by a different risk factor pattern than an MI in older subjects? Why does the impact of cholesterol soften with time? Is it possible that the role of other factors, such as inflammation and insulin resistance, increase with age? Or, are the pathological mechanisms underlying MI in the young merely different from that in the old?

I would have appreciated Braunwald’s input on those issues. Unfortunately, he found it more important to stick with the old cliché.

Braunwalds editorial made me think of Cato the Elder’s words: “Ceterum autem censeo Carthaginem esse delendam” (“Furthermore, I consider that Carthage must be destroyed.“

This phrase was popular in the Roman Republic in the 2nd Century BC during the latter years of the Punic Wars against Carthage. The Roman senator Cato the Elder uttered it frequently and persistently almost to the point of absurdity in his speeches.”

Cholesterol and the elderly

Braunwald believes that “In the 2013 Guidelines of the American College of Cardiology and American Heart Association, the need for intensive therapy to reduce LDL-cholesterol for subjects older than 75 years in both primary and secondary prevention has been de-emphasized.”

He writes: “With respect, I voice my discomfort with this position on the elderly, who are the most rapidly growing segment of the population. The Cholesterol Treatment Trialists (CTT) Collaboration, in a meta-analysis of prospective clinical trials, reported a significant relative risk reduction of vascular events of 16% in patients over the age of 75 years receiving statin therapy”.

In other words, doctors need to treat 167 individuals for a year to prevent one major vascular event. But, importantly, no beneficial effect on mortality has been proven in this age group.

It is important to acknowledge that the above study addressed trials on primary and secondary prevention combined. In fact, the effect of statins becomes less impressive when looking solely at studies in primary prevention. That’s in patients without established cardiovascular disease.

Statins effects in the elderly

A recent meta-analysis addressed studies on the effect of statins in elderly subjects (above age 65) without established CVD.  The absolute risk reduction for one year was 0.34% for MI. The corresponding NNT for a year will be 294. It is important to acknowledge that researchers miscalculated the NNT by a factor of 10 in the original publication.

Let’s take a closer look at the magnitude of this treatment effect. If treated with statins for a year, the probability of not having a heart attack will increase from 98.9 % to 99.2 %. These numbers are hardly convincing, considering possible side effects of therapy.

Still, Braunwald concludes that “reductions of LDL cholesterol of this magnitude (1 mmol/L) can, of course, be readily obtained by intensive treatment with statins, most of which are now generic, inexpensive, and generally well tolerated. Frankly, I do not see the reason for recommending less intensive lipid-lowering therapy for the elderly, unless, of course, they have a life-threatening co-morbidity or are statin intolerant.”

Interestingly,  Braunwald does not mention lifestyle. Is urging doctors to prescribe statins more important than promoting a Mediterranean style diet? What about  regular physical exercise?

Because of my deep and sincere respect for Braunwald and his achievements, it hurts to admit that I’m deeply disappointed. For me, his editorial appears off the mark. The argument for more statin use among the elderly is contentious at best. It’s not all about cholesterol anymore.

Maybe the German physicist, Max Planck was right when he said: “A new scientific truth is not usually presented in a way that convinces its opponents…; rather they gradually die off, and a rising generation is familiarised with the truth from the start.”