The strange trial of world-famous South African scientist Prof Tim Noakes resumes in Cape Town on February 8, 2016. The Health Professions Council of SA is prosecuting him for his views on meat, bacon, butter, eggs and broccoli for babies.

But what’s really behind this case?  Here, I look at the bad, the ugly and the scientific sanity that could come out of the madness. I’m hoping that the sane bits will prove  prescient.

The Banting for Babies trial, as the HPCSA hearing against Noakes is known, has been a drama of twists and surprise turns from the outset.

Expect the same when the hearing resumes on February 8, 2016. But we may only feel the effects of twists and turns in the months and years after the hearing concludes:

Some have called the case the Nutrition Trial of Century. That may not be hyperbole. The biggest twist so far has come from the evidence: it is increasingly clear this is not just a trial of one man, an eminent scientist and a medical doctor, fighting for his reputation against his own professional body.

It also isn’t just a fight against dietitians who desperately don’t want him giving dietary advice – especially when it differs from theirs.

It is a trial of nutrition science and the nature and purpose of science and evidence-based medicine. Also on trial are the changing role of doctors and dietitians in the information age, and patients’ right to information even if it differs from “conventional wisdom”. This trial is also about academic freedom, freedom of speech and the very real perils of challenging orthodoxy.

Click here to read:  Noakes and his lawyers fight ‘trial be ambush’

On trial too is the science (more likely lack thereof) on which the  government bases its official dietary guidelines. So too is the science behind the real causes of epidemics of non-communicable diseases (NCDs) sweeping SA – obesity and diabetes. The two are so closely linked that specialists now refer to them as “diabesity”. It’s also about heart disease, cancer, even dementia. The incidence of dementia is rising so rapidly that experts call it “type 3 diabetes” because of the link with diet.

In a best-case scenario, this trial could provide a prescription that saves people’s lives. It could extend quantity and quality of lives, bring skyrocketing healthcare costs back down to earth, and transform healthcare in SA.

That prescription could also cure the HPCSA of terminal illnesses identified in a damning report by the ministerial task team. Among the team’s findings: the HPCSA is in a state of “multi-system organisational dysfunction”.

The hearing follows a complaint Johannesburg dietitian Claire Strydom, then president of the Association for Dietetics in SA (ADSA), lodged against Noakes with the HPCSA in February 2014.

It concerned two tweets in which Noakes tells a breastfeeding mother that good first foods for infant weaning are low-carbohydrate, high-fat (LCHF).

Noakes is a medical doctor and one of the world’s few scientists rated A1 (for expertise in sports science and nutrition). The HPCSA initially charged Noakes with “unprofessional conduct for giving unconventional advice to a breastfeeding mother”.

That was on the basis of a report its preliminary inquiry committee in September 2014 commission retired Northwest University nutrition professor Este Vorster to write. The committee never thought to let Noakes see that report before being charged.

‘Irregular changes to the charge’

The HPCSA has also, according to his lawyers, made irregular amendments to the charge. Among these was to specify a time period, January to February 2014, and “on a social network (tweets)”.

The HPCSA has so far called five witnesses. These were Strydom, Vorster, Northwest University nutrition professor Salome Kruger, paediatric professor Muhammed Ali Dhansay, a Medical Research Council unit head, and HPCSA legal officer Nkagiseng Madube. It intends calling more. One is Stellenbosch psychiatry professor Willie Pienaar to give testimony on ethics.  The HPCSA has so far refused to reveal the name of the other.

Click here to read:  Noakes: I’m not the one killing people. Here’s the real killer!’

None of the witnesses has stood up well under rigorous cross-examination by Noakes’ defence team.  Cape Town attorney Adam Pike, of Pike Law, heads the team with Johannesburg advocate Michael van der Nest SC, and Pietermaritzburg advocate Ravin “Rocky” Ramdass. Ramdass is a medical doctor with 23 years experience as a family physician.

Among other concessions to Van der Nest, Strydom agreed that she “probably overreacted” in her response to Noakes’ tweets. She also agreed that he was not in a doctor-patient relationship with the breastfeeding mother. And that he was actively communicating and debating with her on ADSA’s blog when she lodged the complaint.

Madube insisted that Noakes was not entitled to see Vorster’s report before being charged. Van der Nest easily undermined that with reference to the HPCSA’s own regulatory requirements.

Ramdass similarly undermined the evidence of  Vorster, Kruger and Dhansay’s evidence, eliciting concessions demonstrating that they had little knowledge of LCHF. All conflated it with ketosis, a natural, benign condition in which the body uses fat for fuel instead of glucose from carbohydrate. They also conflated ketosis with ketoacidosis, a pathological, lethal condition seen mostly in type 1 diabetics.

When the defence does present its case, Noakes will say that NCDs are just the tip of the iceberg. And that underneath it lies insulin resistance.

He will present the evidence – comprising 4000 pages, 900 slides, and including 24 well-designed RCTS (randomised controlled trials). These show that LCHF outperforms other diets for obesity and type 2 diabetes. 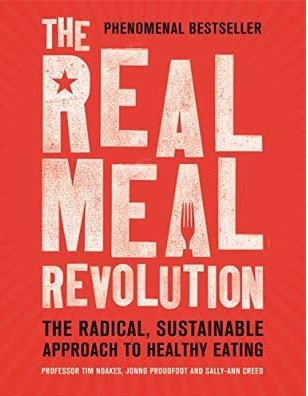 Noakes says that if all diabetics around the globe ate LCHF, “at least six pharmaceutical companies would go out of business”.

Five years ago, Noakes caused shock, awe and outrage in equal measure after changing his mind on carbohydrate and saturated fat in the diet. He effectively challenged the diet-heart hypothesis which holds that saturated fat causes heart disease.

He has documented it all in The Real Meal Revolution and Raising Superheroes, the latter on optimum nutrition for pregnancy and children.

Clearly, this hearing has never been a “whodunit”. It has become a “what if” investigation of different hypotheses that could signal a turning point for nutrition science. That’s with a dose of goodwill and lashings of lateral thinking on the HPCSA’s part.

In a TV documentary on Noakes, UCT deputy vice-chancellor  Danie Visser says science is “all about disproving current knowledge”. To be a good scientist, law professor Visser says, you must be able to ask “hard, difficult questions, and stick it out”.

A force for good?

Former Springbok captain Morné du Plessis says of Noakes: “He asks the right questions and quite often these are uncomfortable.”

Which brings me to a last “what if” that could flow from the hearing:

What if Noakes really is a “force in the world”, as Visser describes him. Or as former Comrades Marathon king Bruce Fordyce says: “a national treasure, one of the most important South Africans of all time”?