In South Africa, it is known as “dagga”, “grass”, “dope” or pot”. It grows widely – and wildly – just like the weed that it is. In other parts of the world, it is commonly called marijuana or cannabis.

Whatever you like to call it, marijuana is medicine. You can smoke it just to get “high” but this drug doesn’t just alter your consciousness. It has other powerful pharmacologic effects for good and bad on body and mind. That makes it medicine by definition. Not all medical doctors are happy about that.

Depending on which side of the legalisation or criminalisation fence you sit on, you’ll see those effects in good or bad light.

On one side of the fence in South Africa sit committed medical and legal professionals. They believe that dagga is bad overall. They vigorously oppose any legal change to its status.

On the other side sits an equally influential legalisation campaign, including medical doctors, psychologists, lawyers and other interested parties. Filmmakers Julian Stobbs and Myrtle Clark are among those “interested parties”.

The media have dubbed them the “dagga couple”.  They only became activists, they say, after police arrested them for “growing a little dagga” for their own use. Police also gave them three options: “Pay your way out of it, take your punishment or fight it.” They chose the latter option. They hired a lawyer and have been fighting seven government departments and “unlawful laws” ever since. Stobbs and Clark are prepared to take their case to the country’s Constitutional Court, if necessary.

It may very well be necessary.

Dagga is a green or grey mixture of dried, shredded flowers, leaves and oil of the Cannabis sativa hemp plant. Its active ingredients include compounds known as cannabinoids. The most well-known of those compounds is THC (delta-9 Tetrahydrocannabinol), the one that gets people “high”. The compounds activate specific receptors in the body to produce their pharmacologic effects on the brain, immune system and other tissues.

Research supports efficacy and safety of cannabis compounds for pain control. Evidence also suggests benefit for illnesses ranging from cancer to neurological disease, eye disease (glaucoma), asthma and epilepsy. Some doctors use it to reduce nausea and vomiting in patients during cancer treatment. Others use it to treat cachexia, a wasting syndrome present in cancer, HIV/Aids and TB patients.

In 2014, Inkatha Freedom Party MP, Italian constitutional lawyer Mario Oriani-Ambrosini, made an impassioned plea to Parliament for legal change to the drug. Oriani-Ambrosini was terminally ill with lung cancer at the time and admitted to using it. He tabled the Medical Innovation Bill that he had drafted to legalise the use of cannabinoids for medical and industrial purposes.

The Bill stalled temporarily after his death by suicide later that year.

Cancer Association of South Africa (CANSA) head of health Prof Michael Herbst stepped into the breach. He published and distributed a position statement that he researched and prepared. It is enough to frighten the wits out of anyone even vaguely thinking of using dagga for any purpose.

In it, Herbst talks at length about the risks. He says that dagga is often a “gateway” or “portal” drug to harder illegal substances, such as heroin, cocaine, methamphetamine and mandrax (a sleeping tablet). It presents “possible endocrine-disrupting effects”. Other risks include selective cognitive and memory impairment, airway injury, lung inflammation and bronchitic conditions from smoking it.

He says that dagga can exacerbate mental illness, such as schizophrenia in those with a predisposition or who already have the condition. Herbst also says that it can cause rare forms of cancer in those whose mothers smoked it during pregnancy. However, he does say that “more research is needed” in this area.

“It is no more a gateway drug than tobacco and alcohol are gateways,” Scott says. “People assume it is far more dangerous than alcohol and tobacco, but it is not as toxic. It is definitely safer than harder drugs such as heroin and morphine.”

The ‘War on Drugs’

South Africa is “lagging far behind the international trend towards dagga legalisation or decriminalisation”, Scott says.

Legalising it for medical use would be a “step in the right direction”, but wouldn’t solve all the other psycho-socio-economic and crime problems caused by drug criminalization, which are in effect public health issues.

Globally, the biggest problem with dagga and drugs in general, says Scott, is that they are mired in politics and outdated international treaties formed in the wake of drug criminalization. These treaties are collectively known as the “War on Drugs”.

Drugs by themselves generally don’t make people addicts, he says. Social, psychological, political and economic factors are the primary causes of drug addiction. If you doubt it, Scott recommends that you read Chasing the Scream, The First and Last Days of the War on Drugs (Bloomsbury). The author is British journalist Johann Hari. It is chock-a-block with scientific references.

Scott notes that Canada, Finland, Germany, Israel, Italy, the Netherlands, Portugal, Austria and Spain, allow the use of cannabis for medical purposes. In the US, 26 of the 50 states and the District of Columbia have enacted legislation to legalise or decriminalise it both for medical and recreational use. Other countries have followed suit, creating some anomalies along the way.

Uruguay, for example,  became the first country to license and regulate production, distribution and sale of cannabis for adults. A stated aim is to combat organised drug-related crime.

However, the drug could end up costing more for patients seeking simple pain relief than for hippies who just want to get high, Scott says.

In South Africa, commercially produced cannabinoids approved for the treatment of cancer-related side effects in the US are available. Among these are dronabinol (imported and sold under the trade name Marinol ) and nabilone. However, under current legislation in SA, doctors cannot legally prescribe these.

Many patients (and doctors) want to take cannabis for various ailments such as cancer, arthritis, multiple sclerosis and other diseases. The arbitrary laws mean that they break the law by doing so, says Scott.

There is also is the recent quirky case of Durbanite Sheldon Kramer, aka  “Bobby Greenhash” and the “Robin Hood of cannabis of oil”. Kramer makes and sells cannabis oil on a non-profit basis for anyone who it. Kramer went into hiding after a police raid on his home in October. He gave himself up, has yet to be charged, and continues to advertise his oil on social media.

“My concern is for patients who won’t get it,” Kramer says.

Early in 2015, South Africa’s Department of Social Development and the Central Drug Authority held a two-day roundtable conference in Gauteng. The aim was to increase debate about the safety of medicinal use of dagga and develop recommendations on policy.

The roundtable became farcical at times, Scott says. Vocal opponents of legalisation, including a group called Doctors For Life, introduced “red-herring” arguments. Among those was the dangers of pilots flying aircraft while high on dagga.

The event “did not contribute to a real understanding of the issues”, Scott says. 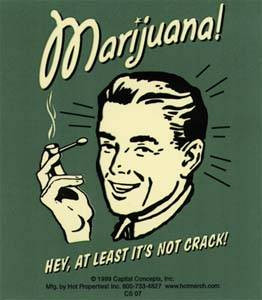 There are few documented cases worldwide where dagga has killed someone. Tobacco, on the other hand, kills 6-million people annually and alcohol 3-million people, he says. There is no clear evidence linking dagga with an increased risk of schizophrenia in adults. On the contrary, studies are underway using cannabis to treat schizophrenia.

Regular dagga use from childhood or adolescence could possibly increase the risk of schizophrenia and other long-term brain dysfunction, Scott says. However, as with alcohol and tobacco, “no one is suggesting that children should take dagga or any other drug”.

No drug is free from harm, he says, but any harm “must be seen in perspective”.

One reason opponents usually give for opposition to medical use of dagga is that cannabinoids don’t have a sufficient number of double-blind clinical studies required for full registration. The pharmaceutical industry considers such studies to be “economically unviable”, says Scott. The industry’s profits come from patents, he says. It can’t patent cannabis, a plant that is in the public domain.

The international criminalisation of cannabis over the past century has made it extremely difficult to carry out research on this plant. Ever resourceful, pharmaceutical companies are finding ways to  “cash in on the legalisation of cannabis and corner the market with patents”, as one media report put it.

There are suggestions that the pharmaceutical industry is behind, or at least actively supporting, the medical cannabis movement precisely because it stands to make “trillions of dollars out of products”.

Scott says that if there is to be legislative change, the dagga couple’s pending court cases, not the Medical Innovation Bill, will more likely drive South Africa to more just drug laws.

“The Constitutional Court will probably compare dagga laws to those pertaining to tobacco and alcohol. Hopefully, they will find the former unconstitutional. Laws that criminalise the use of one substance while allowing the use of far more toxic drugs are not only irrational, they are grossly unfair and discriminatory.”

Johannesburg clinical psychologist Quentin Ferreira says there are mental-health risks. However, dagga is “relatively safe”. That’s compared to other drugs, including legal ones, for adults not generally predisposed to psychosis or schizophrenia.

Use of dagga among the youth is particularly problematic, says Ferreira. The same goes for alcohol and tobacco. Ferreira has worked at Sterkfontein Hospital that provides care for alcohol and drug addicts and clinics in Ekurhuleni. He also volunteered at the South African National Council on Drugs and Alcohol Abuse while completing a master’s degree.

“Brain development only stops in the early 20s,” Ferreira says. “Adding chemicals to the mix from dagga use changes the way the brain works. It can also make young people vulnerable to addiction.”

In children and adults, if there is an underlying or genetic predisposition to psychosis or schizophrenia, any drug use can hasten the onset and worsen these conditions, he says. For example, dagga can mimic common symptoms of psychosis, such as paranoia or “disorganised thinking”.

Addiction is much more complicated than most people think, says Ferreira. “It is a complex interaction between the substance, biological and psychological factors of the person and the environment”. All these factors “cohere towards addiction”.

Addiction causes under the spotlight

Addiction is also not simply “the inevitable consequence of using an addictive substance, as most people assume”. People become addicted to all kinds of things, including shopping, sex and gambling. “You wouldn’t say that a pack of cards causes addiction in a gambler.”

Stobbs and Clark say that they have smoked dagga daily for 25 years in South Africa. They have done so without any apparent adverse effects.

Stobbs smokes it to “get that shift you need at the end of the day when you know you haven’t done everything you need to do”. It helps him to “switch off”, he says, to calm down and  “put lights out” when his mind is whirling.

“Some people call that a sedative,” he says, “I would say I’m self-medicating.”