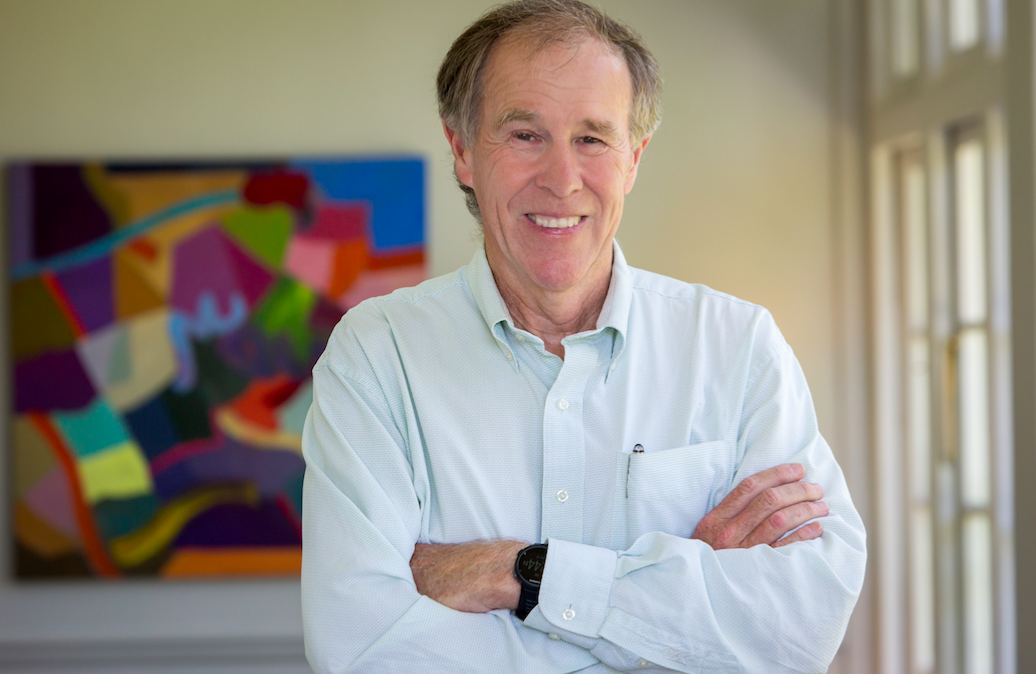 What – or who – is really behind the prosecution of scientist Prof Tim Noakes? Where did it actually start. Is it just over a single tweet to a breastfeeding mother, which even she said she didn’t take seriously?

Why was one dietitian really so “horrified” that she felt she had no other choice but to report Noakes? Even though she dishes out the same information?

What of claims of a doctor-patient relationship between Noakes and the stranger on Twitter? The same dietitian admitted that there wasn’t one. How did she persuade the Health Professions Council of SA (HPCSA) to prosecute him with what his lawyers see as unethical and excessive vigour?

Or is it just because Noakes says uncomfortable things (to different doctors)? One example: “cardiology is an evidence-free zone”?  Or that “diabetes is not irreversible”?

Is the real key the influence on nutrition advice of food and drug industries. And the influence of the International Life Sciences Institute (ILSI) that started out as a Coca-Cola proxy organisation? For proof of that, look to crack US investigative journalist Russ Greene.

What of the investigation by the Medical Research Council into staff member Dr Ali Dhansay? Dhansay was a key witness against Noakes.  He is also a former president of ILSI in South Africa.

Will the MRC investigation reveal foul play? The HPCSA has turned its hearing into a full-blown trial against Noakes resumes on April 4. Here’s a preview and a look at who holds the key to Noakes’ fate.

First up will be closing argument from counsel for both sides. Advocate Michael van der Nest SC will lead closing argument for Noakes. Thereafter, the “jury”, the HPCSA’s Professional Conduct Committee, will retire to consider its verdict.

Thus, Adams is one who holds the key to his fate. She has an established reputation for independence and integrity. To her credit, she has remained as inscrutable as a Chinese Buddha at a Donald Trump rally throughout this strange saga. When the HPCSA announced, wrongly, that Noakes was guilty last year, Adams reacted with swift, elegant brevity.

The guilty verdict was “devoid of all truth”, Adams said. And quite rightly so.  She said a few more words than that. It wouldn’t surprise me if she were an ace poker player. She deserves a medal for the straight face she has kept at some of the HPCSA’s antics and objections in this case.

Certainly, this case is unprecedented and the HPCSA has lots to lose either way. It is the first time that authorities have prosecuted a distinguished, world-renowned scientist for his views on nutrition.

Breach of his rights?

The HPCSA has acted as if its job description mandated regular breaching of Noakes’ rights. Each  time it did so, Adams rapped its legal team on the knuckles, figuratively speaking, in the best of firm schoolmarm fashion.

In the meantime, more questions buzz around this case than flies feeding off rotting meat.

HPCSA’s newly acquired advocate Ajay Bhoopchand was almost comical in how hard he tried and miserably failed to block Noakes at every turn at the February 2016 hearing. I say almost because it would have been funny were it not intended so very seriously.

Bhoopchand objected so frequently and on such blatantly spurious grounds that he elicited exasperated comments from Adams.

It did not make sense, Adams said, to charge Noakes with giving “unconventional advice” in a tweet but then try to block him from presenting evidence that the tweet was not unconventional. 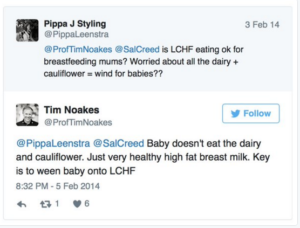 In the HPCSA’s dictionary, “unconventional” seems to be a synonym for unscientific and dangerous. At least, that’s how it alleged in the charge and further particulars.

Adams stood as tall as an avenging angel herself, as she blocked Bhoopchand’s path and let the Angels through.

Of course, Adams is only the Chair of the “jury”. Other members include an HPCSA staff member, Noakes’ external doctor peers and a member of the public. They are all important cogs in this wheel of justice. They also hold keys to Noakes’ fate in this odd case.

Yet stranger still is the HPCSA’s charge against Noakes, not just because it is badly constructed. It’s also because the HPCSA fiddled the charge, breaching its own rules in the process.

Click here to read: Dietitians trying to cover their backs?

Thus, the charge ended up a clumsy mouthful. “Unprofessional conduct or conduct which, when regard is had to your profession, in that during the period between January 2014 and February 2014 you acted in a manner that is not in accordance with the norms and standards of your profession in that you provided unconventional advice on breastfeeding babies on social networks (tweet/s).”

It is common cause by now that Johannesburg dietitian Claire Julsing Strydom reported Noakes for a single tweet in February 2014.  Strydom was president of the Association for Dietetics in SA (ADSA) at the time.

The HPCSA changed her complaint from personal to professional and made ADSA the complainant. Its own rules preclude such changes.

That set off a chain of events that has cost millions on both sides, with no end in sight. Of course, there is an end in sight – when Adams rules on April 21.

As a result, the public dubbed it the Banting for Babies Trial. I dubbed it Theatre of the Absurd when it became clear that the trial wasn’t about babies at all. Nor was it also  about breastfeeding or what doctors can and can’t say on social media.

Adams has negotiated those legal and ethical minefields with a gentle, intelligent humour at times.

After all, the HPCSA doesn’t have guidelines for health professionals on use of social media. Therefore, it doesn’t make sense to accuse Noakes of breaching rules that don’t exist.

A lot of what it has done has made little sense to the dispassionate legal onlooker. Like going after Noakes as if he were a common criminal, a killer bent on “genocide”, as some doctors and dietitians involved have alleged.

It is telling that the HPCSA was prepared to employ Bhoopchand as part of an expensive team of external lawyers only after its case appeared terminally ill.  Its doctor members will have to cough up for the costs – from their annual HPCSA subscriptions and registration fees.

A reliable source told me that Bhoopchand presented a bill of close to R1million for seven days of the February 2016 hearing alone. Neither Bhoopchand, nor instructing attorney Katlego Mmuoe, of Mmuoe Attorneys, nor the HPCSA would confirm or deny the amount.

The HPCSA has stonewalled all my requests for information from the outset.  So have ADSA and all universities and academics involved. It’s as if they are all suffering  a severe bout of laryngitis.

Or perhaps, as Noakes believes, all these doctors and dietitians have sworn an oath of silence, Mafiosi-like. They want to protect themselves from any future consequences of their actions against him.

After all, if Adams rules in Noakes’ favour, that means his opinions are correct and their opposition to them is wrong. And therefore, the doctors and dietitians involved clearly have a lot to lose.  At risk are their reputations, careers, funding and livelihoods. Also at risk are the vested interests in food and drug industries that make billions from nutrition advice these doctors and dietitians enthusiastically dish up.

At the October 2016 hearing, Bhoopchand even suggested that Noakes was using the hearing as a “platform” to gain media attention for LCHF. He begged Adams and her “honourable committee” not to allow that “to happen any further”.

Click here to read: Did doctors set him up in cat-and-mouse game?

Van der Nest  for Noakes was barely restrained in response. Looking directly at Bhoopchand, he said: “With all respect to our learned friend, that is outrageous.”

“Professor Noakes did not ask the HPCSA to prosecute him,” a steely Van der Nest said. He did not ask to spend more than two years (now more than three) under ongoing stress and spend a fortune flying in experts from all over the world to defend him.”

The price of holding a different opinion

Dietitians, all ADSA members, brought the case against Noakes because he “had the temerity to hold a different view to them.”

Once again Van der Nest looked directly at Bhoopchand. “Do not get upset when you prosecute someone and he puts up a fight.

“That is the consequence of prosecuting someone for a tweet that the so-called ‘patient’ ignored. That is why we are here. (He) is the defendant. He is entitled to defend himself to the fullest and he will.”

The hush in the wake of those comments at the hearing was almost palpable.

That puts the spotlight’s back on all the universities involved in the case against Noakes.

Will North-West (formerly Potchefstroom) University distance itself from the evidence of its professors Hester “Estee” Vorster and Prof Salome Kruger, who were witnesses against Noakes?

And will it investigate their links to ILSI and/or the sugar industry in South Africa as the MRC has done of Dhansay? What about Vorster’s secret report, which the HPCSA kept from Noakes and used to build its case against him?

Will the Universities of Cape Town and Stellenbosch also investigate all their academics involved in the case? If so, the universities will be busy for a very long time.

What about the letter to the Cape Times, which UCT academics wrote in 2014? In it, they defame Noakes and accuse him without proof or grounds for correctness of their views.

Despite copious emails to all the letter’s authors and university vice-chancellors, all remain resolutely silent.

There is also the vexed question of the so-called Naudé Review that the HPCSA used as the foundation of its case against Noakes. The authors are Stellenbosch and Cape Town University researchers and a lone University of Liverpool researcher.

Mistake or mischief against Noakes?

Noakes and Harcombe have re-analysed it and found it so riddled with errors as to be fatally flawed. To date, the authors have not addressed the errors.

Click here to read:  No mistakes or mischief against Noakes? Fat chance!

Dhai wouldn’t comment, although Wits vice-chancellor Prof Adam Habib would – sort of. He said that Dhai had assured him of “no wrong doing”. I replied that he could not just take her word for it. Wits needed to investigate the evidence against Dhai on public record at the hearing fully, transparently and preferably independently. That was if it took such complaints against a staff member seriously.

The hearing is revealing whose views on nutrition really are “unconventional” and dangerous. It could also ultimately expose who really is guilty of unprofessional behaviour.

Time, April 21 and Adams will tell all.