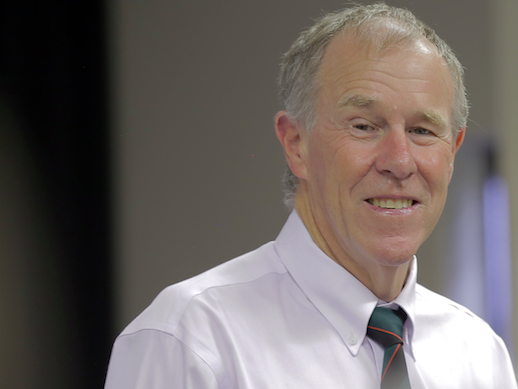 So, it has taken a brilliant US investigative journalist to expose all the food industry’s “biggies” trying to silence scientist Prof Tim Noakes. True, signs of food industry involvement were there from the start. CrossFit’s Russ Greene joins the dots to confirm it.

However, Greene adds damning dots that don’t just implicate Big Sugar and Big Soda. He joins them in one straight line leading to a Big Food industry arm. It’s the International Life Sciences Institute (ILSI) that influences global food and health policy. (Scroll down for a link to Greene’s report. It’s long but well worth the read.)

The kindest thing Greene says about ILSI is that it’s a “Coca-Cola proxy organisation”. He also says ILSI is a “money launderer for purveyors of toxic substances”. And it’s a proxy for other food-industry giants, such as Kellogg’s, Unilever and Nestlé.

He also shows all ILSI’s links to doctors and researchers driving the HPCSA case. I call them kingpins – or in this case one kingpin and many “queenpins”. There also appears to be a reigning queenpin. Here’s my review of what Greene shows they’ve all been up to, trying to nail Noakes.

Greene’s report confirms that the comparison between Noakes and Galileo is not so off the wall after all.  In his own evidence at the HPCSA hearing, Noakes said that he is the first scientist ever to face trial for his views on nutrition.

Greene says that the food industry is using the trial to make an example of Noakes, who is also a medical doctor. It hopes the trial will warn other scientists and doctors of the perils of going against its interests.

He presents compelling evidence of  ILSI’s extensive links with assorted doctors, dietitians and academics at Cape Town, Stellenbosch and North-West Universities involved in the case against Noakes. Thus, Greene leaves those universities with uncomfortable questions on how to deal with conflicted researchers.

In particular, UCT and Stellenbosch University face claims of possible scientific fraud – or at the very least, irregular behaviour – by their scientists in the so-called Naudé Review. So too does the journal that published it in 2014, PLoS (Public Library of Science) One. The universities and the authors have refused all emailed requests for comment.

The review is a meta-analysis by UCT, Stellenbosch and Liverpool University researchers. Lead author is Stellenbosch University nutrition researcher Dr Celeste Naudé. Naudé claimed that her data show that low-carb diets are no more effective for weight loss than low-fat diets.

Senekal didn’t think to mention those conflicts in the Naudé Review.

Greene picked up another interesting link: a media report that ILSI trustee Prof Nelia Steyn was “involved” in the review. However, her name doesn’t appear in the published study. He asks whether this was “yet another example of hidden ILSI influence?”.

Evidence at the hearing shows that the HPCSA used the review to charge Noakes and has based much of its case against him on it.

Click here to read: Proof that SA scientists tried to smear him?

Noakes and UK obesity researcher Dr Zoé Harcombe reviewed the Naudé Review and published their findings in the SAMJ (South African Medical Journal) in  December 2016. They have identified multiple material flaws and say that the review’s conclusions are not robust. They raised the question: mistake or mischief. If they are right, as they appear to be, the journal will have to retract.

Naudé said via email that the authors would respond directly to the SAMJ. They have yet to do so. Their only response so far was a press statement late December 2016 that hasn’t helped their credibility.  It contained so many factual errors that Noakes and Harcombe say it suggests even more mischief .

Greene has also documented many links between ILSI and the Association for Dietetics in SA (ADSA). He shows why Johannesburg dietitian Claire Julsing Strydom and ADSA are not driving the HPCSA trial. They are probably patsies as much as proxies in Big Sugar and Big Soda’s war against dissenting scientists.

“To be sure, Strydom was president of (ADSA) when she filed her complaint,” Greene says.

More importantly perhaps, he notes that Strydom is a consultant for Kellogg’s. He shows how she has sanitised her website recently to remove references to Kellogg’s.

As well, he shows how ILSI established a Nutrition Task Force (NTF) in May 2014 a few short weeks before the first HPCSA hearing against Noakes.

My reading of his report is that the real drivers are indeed the ILSI kingpins and queenpins.

Former CEO of the Heart and Stroke Foundation of SA (HSFSA) Dr Vash Munghal-Singh could be another queenpin. Heart Foundations worldwide are Big Sugar – and Big Pharma – proxies, as CrossFit shows.

Munghal-Singh’s crown as a queenpin is covered in the HPCSA hearing. However, Greene also notes that she has been an ILSI SA trustee for years. And that she used the Naudé Review to state publicly that “based on the current evidence  (the HSFSA) cannot recommend a low-carbohydrate diet to the public”.

“Perhaps it’s not a coincidence, then, that Unilever is also a Gold Sponsor of (the) Heart and Stroke Foundation (of SA),” he writes.

Munghal-Singh also wrote an “open letter to Noakes” in 2013. In it, she says that maintaining a healthy weight “requires much more than a diet. It means balancing your energy intake with energy you use through exercise.”

Coca-Cola promoted that message through its now defunct Global Energy Balance Network to sell its products to adults and children.

Other ILSI queenpins’ interests are easier to spot since Greene’s report. However, if there’s any reigning monarch of queenpins, Senekal is probably it. She pops up in the Naudé Review. She was the likely driver behind the “UCT academics letter” to the press in 2014 attacking Noakes in inflammatory, possibly defamatory language (according to legal experts).

And yet, Greene says, not a single mainstream news story has connected ILSI to the Noakes trial.

ILSI will vigorously deny involvement in Noakes’ trial. Just as it has denied being a tobacco industry front despite evidence to the contrary. A World Health Organisation report shows industry funding of and involvement in “seemingly unbiased scientific groups to manipulate political and scientific debate concerning tobacco and health”.

The US Right To Know website calls ILSI “Coca-Cola’s brainchild”. Coca-Cola scientific and regulatory affairs leader Alex Malaspina founded ILSI in 1978. The site says that some scientists see ILSI as “little more than a front group aimed at advancing the interests of those industries with little regard for public well-being”.

It details ties between ILSI and Michael Pratt, Senior Advisor for Global Health in the US Centres for Disease Control’s disease prevention unit.

Greene believes that ILSI really is toxic: “Pick your poison – tobacco, sugar, herbicides – ILSI has been involved in them all.

“If a health official works for RJ Reynolds, Monsanto or Coca-Cola directly, critics brand them an industry stooge. However, the same health official can serve as an ILSI President and no one seems to notice or care.”

The ILSI connection links the Noakes trial to “a long chain of instances of unmitigated industry influence”, Greene says.

“Would South Africa still have a diabetes epidemic if authorities had excluded ILSI and other junk food proxies from health policy? I don’t know. But there can be no doubt the health of South Africans would improve dramatically if they received untainted health guidelines.”

Greene has no doubt that ILSI and its proxies have heavily influenced SA’s health policy as they’ve done in the US.

“You can measure the consequences in dialysis clinics opening up, limbs surgeons have amputated and new cases of type-2 diabetes in children and teens,” he says

Noakes is one of few scientists and doctors prepared to “tell the truth about sugar loudly and clearly”, he says. Greene believes that former ILSI presidents and ILSI-funded researchers involved in prosecuting Noakes will regret their decision – “if they don’t already”.  That holds true no matter what the HPCSA decides about Noakes in April 2017.

“It’s too late for ILSI. The truth is out,” Greene says.