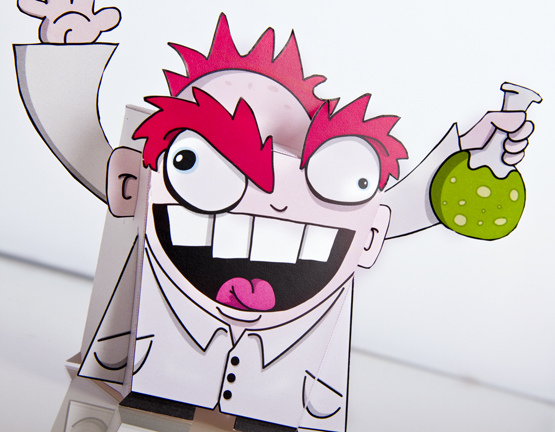 Swiss Re devotes its last medical newsletter of 2016 to a research demolition job of the guidelines.

In it, Swiss Re Chief Medical Officer Dr John Schoonbee calls the guidelines a “failed human experiment” over decades.

Credit Suisse is a $23 billion a year company with 48,000 employees. Swiss Re is even bigger at $35 billion with under 13,000 employees. These are big players in global financial markets. So, what’s in it for them to take sides in the scientific controversy? And in particular to support low-carb, high-fat (LCHF) diets?

The Credit Suisse report is a tome over 76 pages. Called Fat – The New Health Paradigm, it looked at changing consumer food choices.  Chief among these: a move from high-carb to high-fat foods such as red meat, butter and eggs.

It looked at the science for safety and efficacy of LCHF diets to treat and prevent obesity, diabetes and heart disease. This trend, Credit Suisse said, offers “powerful investment ideas”.

The Swiss Re report by Schoonbee is shorter but just as critical of conventional dietary “wisdom”.

British underwriting and claims consultant Jeremy Brown is well-placed to explain what’s in it for these companies to research the scientific basis for those guidelines.

Brown was Swiss Re’s Head of Underwriting and Claims for its Life and Health, UK and  Ireland division from 2001 to 2007. He left to set up his own consultancy.

He says Swiss Re is one of the world’s largest, if not the largest, life reinsurer. They have multiple billions of US dollars’ risk exposure on long-term mortality, morbidity, longevity and medical-expense insurance cover. Thus, trends in life expectancy changes and serious disease incidence, including resulting occupational incapacity, are crucial to their business and bottom lines.

“They need to ensure that their current pricing for new business reflects these trends,” Brown says.

More importantly, perhaps, regulatory bodies that oversee markets in which Swiss Re operates require them to reflect such changes in their “reserving basis”. That’s industry-speak for money put aside to ensure sufficient for future claims on their “in force book of business”. That’s more industry speak for Swiss Re’s book of business and policies on which they may have to pay claims.

“Adverse changes in trends require insurers to put aside additional capital to strengthen their reserves”, Brown says. That may involve increasing premiums for policies with renewable premiums, where possible.

All life and health insurers and reinsurers are concerned with major health trends, he says.  These include rising obesity and diabetes levels, associated increases in the incidence of cardiovascular and cerebrovascular disease, some cancers and musculoskeletal disorders. Developments in medical science can mitigate the impact to some extent.

However, it benefits Swiss Re and other life and health insurers and reinsurers to highlight research on the validity of current dietary advice.

“If the research is correct and the dietary advice changes, this could ultimately reverse rising obesity and diabetes trends,” Brown says.

This will enable life and health insurers and reinsurers to lower prices for new business. It will also release their capital held in reserves. Consequently, this will improve their balance sheet. And the profitability of their “in force book of business”.

Investment banks have a different but no less compelling reason for highlighting research on dietary advice. Unlike Swiss Re, Credit Suisse has no significant risk exposure from products that they offer to corporate or individual clients. However, they earn significant fees from clients from providing investment advice, Brown says.

Thus, they must be “on top of any trends that may affect their investment advice”.

If research leads to health and lifestyle changes, it would be inappropriate, possibly negligent, to advise continued investment – or not – in particular companies or industries, he says. These include food manufacturers, medical products and insurance companies.

If investors perceive investment companies to be lagging behind the trend curve, that could lead to reputational damage. It could also include loss of income and/or clients, Brown says.

Not surprisingly then, Schoonbee joins doctors worldwide who say that the biggest pillar propping up current dietary guidelines is scientifically weak. That pillar is the diet-heart hypothesis that saturated fat causes heart disease. On Swiss Re’s Open Minds dialogue platform, Schoonbee summarises the argument in the medical newsletter.

For too long, the experts persuaded people that fat was bad and carbohydrates were good, he says.

Those views inform so-called “food pyramids”. Many countries developed these visual illustrations of “healthy eating”. The Chinese have a food “pagoda”.

Criticisms led some countries to abandon the pyramid shape in favour of “plates”. However, these “plates” are based on a pyramid of recommended foods.  Schoonbee says the pyramid is “upside down and doing more harm than good”. He says health authorities should turn these pyramids on their heads.

Yet doctors and dietitians still regularly promote carbs foods as the best energy source. Schoonbee calls that “most unfortunate”. Along with advice to restrict dietary fats, he says it has led to obesity and diabetes epidemics of “unimagined proportions”. It makes the guidelines a “failed human experiment”.

He has reviewed research linking saturated fat with cardiovascular mortality, cerebrovascular disease or diabetes. He finds it wanting. Schoonbee reports on research into the effects of low-carbohydrate versus low-fat diets. He finds in low-carb diets’ favour for people who are overweight, obese or diabetic.

Further, he reviews US research in the JAMA (Journal of the American Medical Association) in November 2016. It shows the US sugar industry at its cynical best. The study reveals how an industry-funded research programme in the 1960s and 1970s downplayed sugar’s health hazards. It also wrongly promoted fat as the dietary culprit in coronary heart disease.

Schoonbee has also considered Harcombe’s systematic review in the BMJ Open Heart in 2015.  Harcombe reviewed evidence from randomised controlled trials (RCTS) on which the US Government launched its recommended food pyramid in 1977.  RCTs are the “gold standard” of scientific research. She concludes that there was no RCT evidence to support the recommendations.

And Schoonbee covers a report by US investigative journalist Nina Teicholz in the BMJ in 2015. Click here to read: The scientific report guiding the US dietary guidelines: is it scientific? He includes the controversy surrounding Teicholz’s BMJ report and the ensuing “unprecedented retraction battle”. (I’ve covered it extensively in an earlier article. Click here to read Victory for Teicholz in Battle of Butter.) 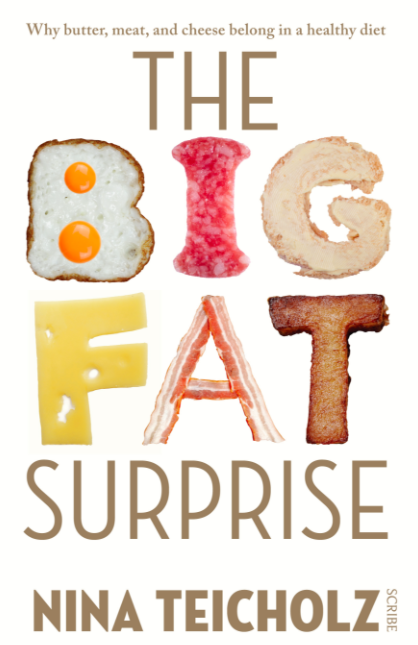 Teicholz is author of The Big Fat Surprise. It’s a powerful work that medical specialists say has changed the face of nutrition science. It is also a forensic demolition job on the science for the diet-heart hypothesis.

Schoonbee looks at another significant meta-analysis in the American Journal of Clinical Nutrition in 2010. It investigated the effect of saturated fat on cardiovascular disease in more than 20 studies and 347,747 people. The conclusion: No significant evidence associates saturated fat with an increased heart disease risk.

So, if we know saturated fat is okay, how good are carbs, particularly so-called “good” carbs? The focus, Schoonbee says, should be on these carbs for type 2 diabetic, pre-diabetic, and obese populations. These are all “carbohydrate intolerant”.

A review in PLOS One in October 2015, for example, looked at overweight and obese subjects on a low-carb or low-fat diet. The researchers found that a low-carb diet achieved significantly greater improvements in weight loss.

Schoonbee says available evidence leaves him in “no doubt” about benefits of a lower-carb, higher-fat diet for people who are insulin resistant. He says that it could “significantly reverse much of the metabolic disease process”. It could change the “trajectory of the obesity and diabetic epidemic”.

As more data accumulates, Schoonbee says that the “upside-down” food pyramid may have more benefits. However, a lingering question still hangs over the link between saturated fat and serum (blood) cholesterol levels. T

hat’s the “cholesterol hypothesis” (aka lipid hypothesis) that serum cholesterol levels could cause heart disease and death, especially in healthy people.

The cholesterol hypothesis is a close relation of the diet-heart hypothesis. Could there be a “sugar industry” conspiracy behind it as well? “Only time will tell,” Schoonbee says.