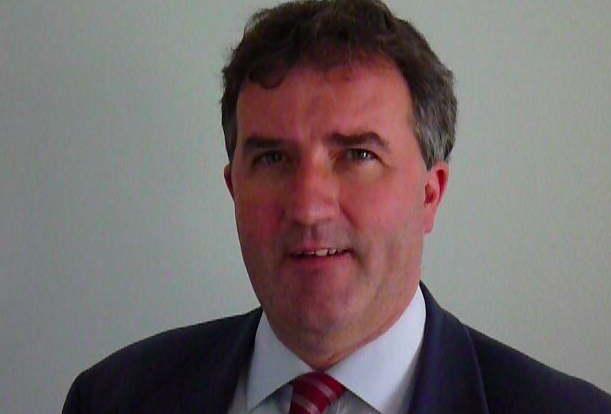 Trust Scottish GP Dr Malcolm Kendrick to get down and dirty to the heart of medical ethical dilemmas. Kendrick doesn’t suffer fools gladly. In particular dietitian fools who dish out dangerous dogma for obesity and diabetes. He reserves special antipathy for dietitian fools who try to silence doctors who go against that dogma.

Here, Kendrick’s focus is Sweden and dietitians’ unsuccessful attempt to muzzle Dr Annika Dahlqvist. It’s an earlier blog, but eerily relevant today. The Australian Health Practitioner Regulatory Agency has banned orthopaedic surgeon Dr Gary Fettke from speaking to patients about diet. Dietitians complained that he was telling diabetics to avoid sugar. South African dietitians have joined forces with the Health Professions Council of SA to silence scientist Prof Tim Noakes. Kendrick makes a joke that is a serious commentary on the dietetic profession: ‘What do you call 500 dietitians lying at the bottom of the ocean?’  ‘A good start.’ – Marika Sboros

I sometimes think that I should go and live in a Scandinavian country. They get so many things right about how to run healthy, equitable, societies. In addition, the people who live there seem more balanced and frankly, more grown up.

So it comes as no surprise to me that if a nation were to turn round and begin the process of rejecting the absolute nonsense that a high-fat diet is bad for you, then it would be a country in Scandinavia.

That Scandinavian country is Sweden.

Now, I have been aware that there has been a movement towards a high-fat, low-carb diet (HFLC)  in Sweden for some years. The heroic Dr Annika Dahlqvist led the movement. She’s a GP who has been advising her diabetic patients to eat a low-carb, high-fat diet (LCHF).

Of course, she was attacked by the idiots, sorry experts.

“In 2007, the controversy began when two dieticians pointed out to Sweden’s National Board of Health and Welfare that LCHF dietary advice Dr Annika Dahlqvist recommended to patients was not compatible with either scientific evidence or conventional practice. However, following a report by diabetologist Dr Christian Berne, Dahlqvist was cleared.”

Cleared of what, exactly? Advising diabetic patients not to eat sugar. The mere fact that anyone could be dragged in front of the authorities for advising this just shows how completely mad the world of dietary advice has become. How entrenched the idiotic anti-fat dogma now is.

How utterly divorced from reality and science.

As I have pointed out many times on this blog, and elsewhere, the body converts carbohydrates, at least all the carbohydrates humans can digest, to sugar(s) in the GI system. It has to, because all that carbohydrates consist of are different numbers of sugar molecules bonded together in different ways. When you break them to bits in the digestive system, they become simple sugars.

As we all know, people with diabetes have problems with high blood sugar levels. So, dum de dum….let me think.  Should diabetics eat carbohydrates/sugar, or should they eat fats?

Yes, you are right, they should eat fats. This is a complete no-brainer.

As the latest Swedish report from the SBU (Swedish Council on Health Technology Assessment) makes clear (after reviewing 13,000 studies), a low-carb diet leads to the terrible dangers of

“…a greater increase in HDL cholesterol without having any adverse effects on LDL cholesterol.This applies to both the moderate low-carbohydrate intake of less than 40% of the total energy intake, as well as to the stricter low-carb diet. That’s one where carbohydrate intake is less than 20% of the total energy intake. In addition, the stricter low-carb diet will lead to improved glucose levels for individuals with obesity and diabetes, and to marginally decreased levels of triglycerides.”

Click here to read: HEARTY NEW EVIDENCE: EVEN ‘BAD’ CHOLESTEROL GOOD FOR YOU!

In short, when they looked at all the evidence, they found that (LCHF) diets raise HDL cholesterol (the so-called “good” cholesterol). They have no effect on LDL levels (so-called “bad cholesterol”). They also lower blood sugar levels and triglyceride (VLDL) levels. All good and healthy. It  basically means reduced insulin resistance  – the underlying cause of diabetes.

All that the Swedes really “discovered” is the quite astonishing fact that eating a high-carbohydrate diet is bad for you. And that it is worse for you if you are a diabetic. Well, blow me down with a feather.

They have found exactly what a working knowledge of human biology/physiology would tell you would happen.

But we live in a world controlled by entrenched stupidity, dogma, and the financial interests of massive companies who are making billions selling tasteless low-fat mush. These companies know that the only way you can make low-fat food, eg low-fat yogurt, taste like anything half palatable is to stuff it with sugar. 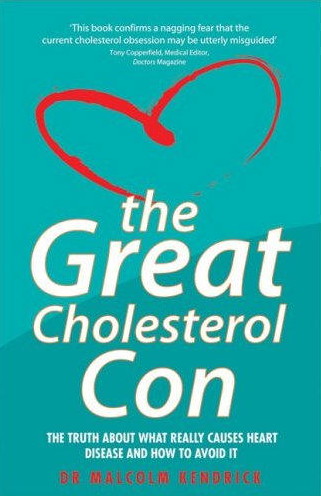 Why is everyone in the Western World becoming obese? Because we are replacing fat with sugar in many foodstuffs. The obesity “epidemic” started at exactly the same time as the idiots, sorry experts, decreed that a healthy diet was full of carbs. Which was, and remains, the exact and complete opposite of the truth.

However, anyone who dares to state the truth gets dragged in front of organisations such as Sweden’s National Board of health and Welfare. Eventually, however, the truth does emerge, as it must because the truth never dies. You can stomp on it, squash it, concrete over or napalm it.

However, it lives on, taunting those who do everything in their power to deny its existence.

The truth is that all of the dietary advice the idiots, sorry experts, have bombarded us with for the last 40 years about the dangers of fat consumption has been utterly and completely and damagingly wrong. Of course, there will be a backlash against the Swedish report – there always is.

Various powerful idiots, sorry experts, will be pushed in front of cameras to make various denunciations of the Swedes and their damaging and dangerous conclusions. Faceless marketers in companies that promote low-fat spreads and the like will jerk the strings of these idiots.

Yes, you know who you are. And yes, this stuff does make me angry. It is killing people prematurely, millions of people all around the world.

P.S: Question: What do you call 500 dietitians lying at the bottom of the ocean?