Why does Australia’s medical regulatory body so badly want Dr Gary Fettke to stop talking to his patients about nutrition? In the first of a two-part series, here’s why legal experts say the campaign against him is Kafkaesque and a kangaroo court. Anything sound familiar? 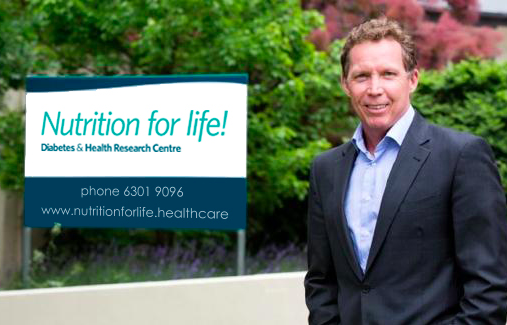 Is Australian orthopaedic surgeon Dr Gary Fettke the victim of a real-life kangaroo court? The Australian Health Practitioner Regulatory Agency (AHPRA) has banned Fettke from mentioning the “s” word (sugar) to his patients now or in future. Legal experts say that AHPRA’s ban has all the hallmarks of a kangaroo court.

Senators conducting an inquiry into AHPRA’s secretive medical complaints process think so too. The senators haven’t said so in so many words. However, they made it clear in targeted questions and comments to AHPRA CEO Martin Fletcher at the inquiry.

Claire Deeks, enrolled barrister and solicitor of the High Court of New Zealand, also thinks so. She says that Fettke is probably the victim of “gross injustice”. What do you think?

APHRA has been investigating Fettke for more two and a half years now. It has held all its hearings against him in secret. It hasn’t allowed Fettke to attend and defend himself. AHPRA won’t tell him what all the evidence against him is and it changes the goal posts regularly.

It also refuses to tell Fettke who his accusers are. All he knows is that they are anonymous dietitians and presumably members of the Dietitians Association of Australia (DAA). One of the dietitians has reported Fettke for “inappropriately reversing a patient’s diabetes”.

AHPRA’s Nationa Law allows it to act against Fettke as it has acted. However, legal analysts say that doesn’t make it right.

Deeks says that AHPRA’s complaints process in this case “appears to breach the most basic principles of natural justice”. Particularly, she says that it breaches the right for all parties to be accorded due process and a fair hearing.  AHPRA also appears to have investigated Fettke without any evidence or claim of patient harm or medical wrongdoing.

Thus, says Deeks, AHPRA’s action against Fettke is “nothing short of extraordinary”.

“It certainly seems at this point that AHPRA has committed a gross injustice.”

Deeks says that many thousands are watching “around the world and with great interest to see how this case unfolds”.

Czech Republic solicitor Jan Vyjidak has studied legal aspects of medical practice at Cardiff Law School and has experience in human rights law. He says that Fettke’s experience would have been vastly different were he living and practising in  France, Germany or other member state of the Council of Europe (not to be confused with European Union).

These countries are signatories of the European Convention on Human Rights (ECHR), says Vyjidak.In these countries, everyone enjoys the right to a fair trial.  He defines a fair trial as “a fair and public hearing within a reasonable time”. It is also one that an independent and impartial tribunal established by law hears to determine a person’s  civil rights and obligations.

Except for specific circumstances, such as in the interest of national security, the judgment must be pronounced publicly, says Vyjidak. Importantly, the right to a fair trial also applies to the grant of a licence or other authorisation to practise a profession and a decision to withdraw it or restrict it in a substantial way.

“These are mechanisms that have been specifically set up to protect everyone from so-called Kafka-style trials – or kangaroo courts, depending on geography,” he says. These are trials where defendants do not know what is the charge they should be answering. They also cannot see the evidence put in front of the panel or cannot provide evidence refuting the charge.

These trials have “unfortunately been commonplace in Europe, particularly but not exclusively in countries with totalitarian regimes”, Vyjidak says.

Fettke was one of four doctors who gave evidence at the first session of Senate Inquiry into AHPRA’s medical complaints process in Sydney on November 1. All spoke movingly of the effects of endemic bullying, harassment and intimidation of doctors in Australia’s healthcare system.

“That is because of the significant unintended consequences of vexatious reporting, which causes practitioner illness,” said Stokes, an intensive care and anaesthesiology specialist.

“It also causes severe financial hardship and in a number of cases that we know about has caused the suicide of very good doctors.”

Fettke told the Senate Inquiry that he looks after most of the diabetic foot complications in northern Tasmania. He spoke of his distress at seeing patients “lying around in hospital with obesity related conditions, amputated limbs and non-healing, rotting flesh “. He said that his patients have received nutritional advice that has “put them there in the first place”. Consequently, he felt obliged to do something about that.

Fettke advocates broad principles around evidence-based low-carb, healthy-fat (LCHF) diets to manage obesity and diabetes. His recommendations on cutting sugar and processed food intake are in line with World Health Organisation (WHO). They also align with the Commonwealth Scientific and Industrial Research Organisation (CSIRO) recommendations.

As a cancer survivor, Fettke has been researching nutrition in depth for many years. He told the Senate inquiry that he has also studied the science and biochemistry of Australia’s dietary guidelines and “found them wanting in substance and riddled with vested interest politics”.

He said that those vested interests, including the DAA and members of AHPRA’s Medical Board, were “using the AHPRA process to silence him”.

His only “crime”, Fettke said, has been to recommend that his patients reduce sugar, carbohydrates and other processed foods from their diet. He just wants to save patients’ limbs and lives. For that, he has become embroiled in a sequence of events that puts Kafka into the shade.

Fettke told the Inquiry about his experience of bullying, harassment and intimidation in the healthcare system. He said that one driver of that bullying was a senior executive at the Launceston General Hospital.

That executive has led “a sustained defamatory campaign posted on a social media hate page”, Fettke said. As a result, this has led to cyber bullying of himself, his wife, staff and friends.

Fettke has reported the abuse to the Tasmanian Health Organisation but received no respite. Consequently, he feels “abandoned by the system”, he said. He did not see the public hospital workplace as “a safe or supportive environment.”

Fettke said that the AHPRA investigation against him is clearly vexatious. (In law, a vexatious complaint is one brought without sufficient grounds. In other words, the aim is simply to harass and intimidate.) As a result, it has led to “massive psychological stress” over the last couple of years.

In August 2016, AHPRA told Fettke that it was recommending that he stop talking to his public and private patients and the public on social media platforms and at seminars about diet and nutrition pending his final appeal. On November 1, AHPRA slapped a lifetime ban on him for just that.

In a lengthy, emailed “caution”, AHPRA told Fettke that despite his two medical degrees, it does not deem him qualified to give nutrition advice. Even if Fettke’s views on LCHF became “accepted best medical practice” in future, AHPRA said that would not change a “fundamental fact”: that Fettke is “not suitably trained or educated as a medical practitioner” to provide nutrition advice.

AHPRA sent the emailed caution just three hours after Fettke testified at the senate inquiry on his experience of the failings of AHPRA’s process.

It is an understatement to say that Senators Nick Xenophon and Peter Whish-Wilson were unimpressed with the timing.

The senators  took special aim at Fletcher at the Senate Inquiry’s second hearing on November 22.

They carefully laid a series of questions  for him on AHPRA’s medical complaints process. These became landmines and Fletcher stepped on them all.

Both senators were highly critical of the timing of AHPRA’s emailed final caution to Fettke.

Whish-Wilson told Fletcher: “You can imagine how devastated (Fettke) felt when he received that long email on his phone — having a cup of tea with his wife, trying to settle his nerves, and suddenly he gets his caution after a 2½-year investigation,” he said.

Fletcher denied that the timing was deliberate and said that there was “no relationship between the two events”.

From the Senate Committee viewpoint, if witnesses felt  intimidated or punished (the words that are in the Hansard) then it was “a potential breach of parliamentary privilege”.

That’s if it occurred deliberately.  However, even if it were not deliberate, it was “very poor management on AHPRA’s behalf”.

Xenophon asked Fletcher if he would release AHPRA management’s notes and email trail on the release of the statement. That would help the senators understand how within hours of giving evidence Fettke “gets hit with this caution from AHPRA”.

Fletcher repeated that there was “no relationship between the two events”.

Xenophon responded: “I didn’t ask you that. I just asked if you can provide us with the documents.”

Fletcher said: “I’ll see what we can provide”.

Click here for a video of AHPRA CEO Martin Fletcher at the Senate Inquiry.