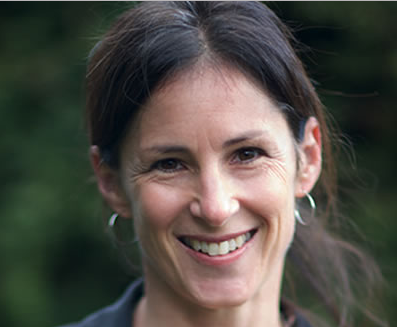 Parents should not feed cereals to their infants as first foods, says New Zealand-based dietitian and academic, Dr Caryn Zinn. Zinn (pictured right) said this in her evidence in chief at the trial of University of Cape Town emeritus professor Tim Noakes,

It went to the heart of the matter of the Health Professions Council of SA (HPCSA) case against Noakes in Cape Town on October 26. Here, in Part 2 of a two-part series on her testimony, Zinn looks at what science has to say about foods that parents should give infants:

The HPCSA has charged Noakes with unprofessional conduct. That is for a single tweet telling a breastfeeding mother that good foods for infant weaning are LCHF. In other words, Noakes suggested meat, dairy and vegetables. The HPCSA alleges that that advice is unconventional. Thus, it claims that Noakes was unprofessional for advising it.

Zinn is a senior lecturer at Auckland University of Technology and a registered dietitian in private practice. She told the fourth session of the HPCSA hearing against Noakes that she sees 40 or 50 patients a month. Up to 20% are children and she occasionally sees infants.

Zinn said evidence shows that the best foods for infants are low-carb and high-fat (LCHF). She said her definition of high-fat was more about “healthy fat”. “When people eat LCHF, they tend to eat low-carb and higher fat,” she said.

She also said that LCHF “aligns easily with South Africa’s paediatric dietary guidelines”. That is, “if you take them at face value”.

The problem is “a disconnect” when people implement these guidelines on a practical level. That’s because the guidelines also advise cereals as part of complementary feeding for infant weaning, Zinn said.

She agreed with HPCSA advocate Ajay Bhoopchand under cross-examination that she was not against starchy foods “per se”. However, she did not agree with the guideline that the HPCSA witnesses raised. That is, that starches “should form the basis of most meals” for children and adults.

That went to one of the nubs of the case against Noakes. The HPCSA alleges that his advice on Twitter is “unconventional” because it conflicts with paediatric guidelines.

.@CarynZinn Phytates in grains bind w/ iron, B Vits and excrete them from the body. So carbs for babies actually reduce avail.of those vits.

In her  practice, Zinn said that she used to give advice which aligned with paediatric dietary guidelines. That included telling parents to feed infants cereals fortified with iron along with vegetables and fruit.

She had done so unthinkingly: “It never occurred to me to ask why infants would need cereals fortified with iron when meat is available and a very good source of iron.”

Five years ago, Zinn looked deeper into the research. What she found led her to change her mind and her practice.

“Anthropologically, we have done fine for millions of years without giving infants cereals with added iron,” she said.

She is critical of the continual emphasis on carbohydrate foods in dietary guidelines for adults or children. That’s simply because the evidence “points in the opposite direction”.

Bhoopchand raised issues of “nutrition transition” from rural to urban populations in SA. He said Zinn should be aware of “the stark reality of poverty”. He raised “aspects like under-nutrition and over-nutrition amongst the children in this country”.

And he said Zinn would know the public-health principle: “To establish what your population that you are working in actually eats.”

Bhoopchand focused on the grain known as “pap” that is a staple food in poor communities in South Africa. He suggested that it was unrealistic not to expect poor people to feed it to their infants.

This was an issue Bhoopchand raised with Noakes in cross-examination.  Zinn took the same stand as Noakes – though in more diplomatic phrasing.

“Current practice is not necessarily best practice to guide the public on how to eat optimally,” she said. “I’m not convinced we need to give in just because that’s what people are eating.”

Thus, it is “not right to recommend a food simply because it is affordable”. More so, said Zinn, when that food is a carbohydrate that is not essential for survival.

Much of Zinn’s evidence focused on ketogenic diets. This was an issue all the HPCSA experts raised. They alleged that this showed that Noakes’ advice to the breastfeeding mother was unconventional, thus unprofessional. Under cross-examination by advocate Dr Ravin “Rocky” Ramdass, all the expert witnesses conceded ignorance of ketogenic diets.

Bhoopchand tried and failed to get Zinn to concede that Noakes’ advice to the breastfeeding mother was unconventional. She said she found it odd that the HPCSA witnesses had raised ketogenic diets at all. Noakes’ tweet did not recommend a ketogenic diet.

Such diets can be “extreme both for adults and for children, Zinn said. Nutritional ketosis is “not something that you can reach easily at all”.

The medical ketogenic diet used to treat epilepsy in children also popped up frequently in HPCSA witness testimony. Zinn found that puzzling since Noakes’ tweeted advice on food “isn’t even close to being ketogenic”.

She said many myths and unfounded fears still exist about ketogenic diets. Ditto for the ketones these diets produce.

The misinformation around infant nutrition is just ????

“Ketones occur naturally in the body and are safe,” Zinn said. “Infants default into a state of ketosis when they are born. They need ketones for optimum brain development in their early years.”

She addressed the issue of nutrient deficiency in infants – another topic HPCSA experts raised against Noakes’ tweet. She said one of the biggest misconceptions about the LCHF diet is that it is low in nutrients.  “In fact, it provides even better nutrients and more fibre than a well-formulated, mainstream low-fat diet.”

Zinn also made the salient point that there was a far higher risk of micronutrient deficiency in infants raised on baby cereals and carbohydrate-based foods than on LCHF. Compounds known as phytates in these foods compromise levels of essential minerals, such as iron and zinc, she said.

Another issue the HPCSA experts raised against Noakes was possible vitamin A toxicity from excessive consumption of liver.

Click here to read:THE REAL BEEF DIETITIANS HAVE WITH NOAKES

“Liver is renowned for not being the sexiest food,” Zinn said. “You usually have to combine it with meat to make it palatable, especially for infants.”

And anyway, babies would have to eat “enormous amounts” of liver daily to suffer vitamin A toxicity. “If toxicity occurs at all, this is from dietary supplements (synthetic vitamin A), not real food sources,” she said.

There was only one reported case of infant death due to vitamin A toxicity. It involved a synthetic preparation of 90 000 international units given daily for 11 days to a month-old infant weighing 2.25kg.

Zinn said Vitamin A deficiency, not toxicity, was far more of a problem in the South African population.

Consequently, Zinn made a very strong case for safety and science of the advice Noakes gave to the breastfeeding mother. The key, she said, is that LCHF for infant weaning is “a whole food philosophy”. It is not a ketogenic diet.

For too long, people “feared fat” because the experts drummed into their heads that “fat is bad”.

When Zinn lectures to students these days, her message is simple. “Don’t believe me. This is a university. Here is the evidence for both sides. Go and read widely and make up your own mind.”