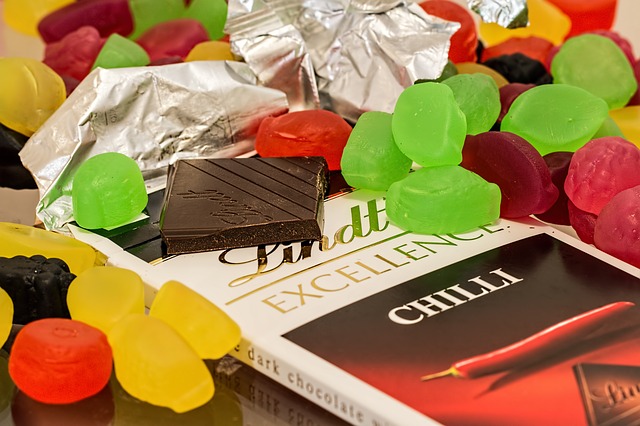 The Sugar Barometer™ is a sweet idea whose time has come. It’s a labeling product that aims to change sugar consumption patterns in South Africa and globally

It’s the fruits of the Noakes Foundation’s education arm, the Eat Better SA campaign. The Barometer follows the debate around whether a sugar tax can realistically reduce obesity rates:

Through the Eat Better South Africa campaign, the Foundation is challenging government, retail and individual manufacturers to include the Barometer on all food and beverage products. It also recommends a clear reduction on the tax for products that are up front about their sugar content. 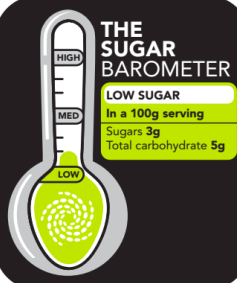 The Foundation is meeting the Western Cape Department of Health soon to discuss the Sugar Barometer, says manager Jayne Bullen.

Bullen says the cost of sugar is not so much the problem. The real issue is that most people don’t know how to spot hidden sugar in food. They are still unsure of how to read food labels.

The sugar industry likes it like that. In between paying scientists and assorted doctors and dietitians to health-wash its product, it does a good  job playing hide-and-go-seek with sugar. You need your wits about you and a forensic eye to pick up hidden sweet stuff in foods these days.

It’s probably no surprise that the industry has come out fighting against the tax. In a City Press report, the industry warns that it could cause the loss of 60,000 jobs.

South Africa IT consultant Trevor Turton, who studied maths, physics and chemistry at the University of the Witwatersrand takes a very jaundiced view of that on his Facebook page: “That’s pretty serious. Just think of all the doctors, nurses, hospital workers, pharmacists and morticians who could be out on the street, destitute, because people stop suffering and dying (prematurely) from wide-spread sugar-related diseases such as diabetes, heart disease, and dementia to name just a few.”

Turton ends off by saying “it’s time for cool heads to reckon the true cost of this proposed tax”.

That much certainly is true. It’s also true that the sugar industry isn’t the only one boosting profits while upping your risk of serious disease. As US science writer Nina Teicholz noted in the Los Angeles Times recently, industries played a role in giving sugar  a pass  while blaming dietary fat and cholesterol for heart disease. Surprisingly, many leading scientists did as well.

Among the usual suspects, Teicholz points a big finger at the vegetable oil industry. She says it has used “a variety of ‘Big Tobacco’-style tactics to influence the science”.

One problem is that sugar goes by many other names, at least 61 different names. Common names are sucrose, fructose (fruit sugar) and high-fructose corn syrup. There’s also barley malt, dextrose, lactose, maltose and rice syrup, among many others. 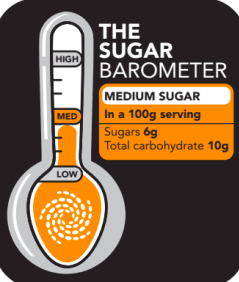 The Noakes Foundation has researched common foods and was shocked to learn of the amount of hidden sugar. “From sauces to sandwiches to cereals, each had teaspoons of the sugary substance that is contributing to the country’s ever-increasing obesity and type 2 diabetes rates,” says  Bullen.

People in Ocean View and other communities, for example,  unknowingly included up to a whopping 1.8kgs of hidden sugars weekly. And that was a diet they believed to be healthy.

To beat the sweet demon, the “focus has to be on education, not mere taxation and revenue generation”, Bullen says.

A beverage sugar tax is a progressive move and may have short-term benefits on consumption levels of sugared beverages. However, Bullen says obvious caveats mean the poor could be hit hardest.  The tax is also not on all sweet beverages and doesn’t affect foods and snacks with added hidden sugars.

Researchers have documented sugar’s detrimental effects on the body, especially in excess. It raises blood pressure, increases the prospect of weight gain and type 2 diabetes and can cause a host of metabolic dysfunctions that fuel chronic disease.

Possibly one of the most severe effects of eating too much sugar is its potential to wreak havoc on your liver.

As University of Cape Town emeritus professor Tim Noakes, frequently points out, sugar is a leading cause of non-alcoholic fatty liver disease (NAFLD). It is similar in effect to years of alcohol abuse.

Noakes recently addressed a meeting of GPs from around South Africa on the body’s sensitivity to sugar:

“The body needs 5g g of sugar in total in the blood at any given time,” he told the riveted audience. “This is the equivalent of two small mints.” 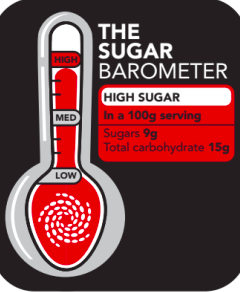 Anything more leaves the body in “a state of emergency working to metabolise the extra sugar”, he said.

He’s not just talking about the white or golden brown stuff you spoon into your coffee. Carbohydrate foods such as bread, potatoes, pasta and pizza, all raise your levels of blood glucose. This ups your risk of NAFLD.

Yet many doctors and dietitians still say diabetics  can – and should – eat carbohydrates “moderately”. British GP Dr David Unwin says all that does is leaves diabetics “moderately poisoned”.

There no getting away from it: sugar hides everywhere, Bullen says. “It is our Number One Public Health Enemy.”

The Sugar Barometer on the front of packaging of all food and beverages, coupled with “a very clear tax incentive” will help.

“Those that honestly and openly disclose the sugar content of their food should pay less sugar tax  – food, beverage and retailers alike,” Bullen says. “We should commend them.”

The Sugar Barometer is designed to educate and warns consumers clearly of what is in the food they are eating. It is easy for anyone of any age, literacy, language and culture to understand.

Unlike “traffic light systems” used in Europe, the Barometer is a simple “how much sugar is in here”. sign. It has no good, bad or ugly warning light attached.

On his Diet Doctor website, Swedish physician Dr Andreas Eenfeldt says “many people are still blissfully unaware of the hidden sugar contents in food and unsure of how to read food labels. The food industry does what it can to make it even harder.

“An easy-to-read barometer like this could be very useful – if it would actually end up on product packaging.”