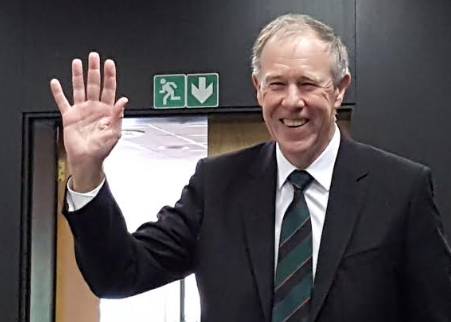 The first day of the fourth session of the nutrition trial of scientist Prof Tim Noakes resumed on a note of high drama in Cape Town today. As I thought it might do, the Health Professions Council of South Africa (HPCSA) tried to block two of his three expert witnesses.

However, it failed, as I thought it would.

The two witnesses are British obesity researcher and public health nutritionist Dr Zoë Harcombe and US science journalist Nina Teicholz.  Dr Caryn Zinn, a New Zealand-based dietitian academic and the third witness, was on the list of witnesses for Noakes from the start. The public has dubbed them “Tim’s Angels”.

The HPCSA also tried and failed to stop Noakes from introducing new evidence in his own defence. The HPCSA has charged Noakes with “unprofessional conduct for giving unconventional advice to a breastfeeding mother on a social network”. (Click here to read background on the HPCSA case against Noakes.)

Pretoria advocate Joan Adams, is chair of the independent committee hearing the charge against Noakes. She read her committee’s unanimous ruling in his favour, dismissing all the HPCSA objections.

HPCSA advocate Ajay Bhoopchand had objected to Harcombe and Teicholz and any new evidence Noakes wanted to introduce on two main grounds. The first was procedural.

Bhoopchand claimed that Noakes was introducing new – and old – evidence too late in proceedings. He contended that this contravened the HPCSA’s rule (regulation 8). He somewhat quaintly suggested that this would cause “delays” in the hearing and that this would not be in Noakes’ interest.  However, the HPCSA’s lawyers and witnesses are the only ones so far who have significantly delayed proceedings.

Bhoopchand complained of a “deluge” and “burden” of evidence from Noakes. He said that this would be a “burden” for Adams and her committee. If Noakes were allowed to give more evidence, this would increase the “burden” further, he said.

He contended that this would prejudice the HPCSA and claimed that wouldn’t be able to cross-examine Noakes “properly”.

Bhoopchand’s second major objection was around relevance,  in particular Teicholz’s evidence.  “What my colleagues didn’t tell me is that she’s a journalist, an investigative journalist” (emphasis mine), he said. He said that Teicholz “writes books about science in layman’s terms” only.

That didn’t go down well. Teicholz is author of The Big Fat Surprise. The book is regarded as a seminal contribution to the understanding of nutrition and disease and nutrition science politics.

The American Journal of Clinical Nutrition and Dr Richard Smith, former editor of The BMJ (formerly the British Medical Journal) said that all health professionals, doctors, and scientists should read her book.

Especially relevant for Noake’s case is that Teicholz documents the politics, personalities and history of the demonisation of dietary fat globally.

With barely disguised irritation, Van der Nest described Bhoopchand’s objections as “a monumental waste of time”. He said Noakes had “not asked to be prosecuted”.  Nor had he asked to have the case hanging over his head, costing millions, for more than two years.

Van der Nest said that Noakes’ reputation among his medical peers and the public now lay in tatters.

“When you prosecute someone, don’t be surprised when he fights back,” Van der Nest said, looking directly at Bhoopchand.

He told himself to “breathe deeply” as he dismissed Bhoopchand’s portrayal of Teicholz as only “a journalist”.  He said that Bhoopchand’s comment was “perhaps an insult to a witness who has spent time at Yale and Stanford and Oxford”.

What was “particularly egregious” about Bhoopchand’s objections, Van der Nest said, was the issue of relevance.

“You can only say something is irrelevant if you have read it,” he said. He said that he would “bet folding money on it” that the HPCSA’s legal team and all their expert consultants hadn’t read Teicholz’s books or Harcombe’s PhD thesis.

Bhoopchand did not rebut that suggestion.

Advocate Dr Ravin “Rocky” Ramdass for Noakes had earlier described as “unfathomable” the HPCSA arguments that the evidence of both Teicholz and Harcombe would not be relevant.

Van der Nest also dismissed Bhoopchand’s contention that Harcombe’s evidence was irrelevant because  the charge against Noakes was not about international dietary guidelines. He said that the HPCSA’s own expert witnesses’s testimony disputed this. They showed that the US and UK guidelines were, in fact, crucial elements of the case against Noakes.

Van der Nest said  that Harcombe’s PhD thesis was on the science behind the US and UK guidelines. He said that the HPCSA’s duty was “not to secure a conviction” against Noakes for a tweet nobody reacted to. Instead, its duty was to “assist the (Adams and her committee) in determining the truth”.

In the committee’s unanimous ruling, Adams said that Noakes had rights according to the Constitution and PAJA (Promotion of Administrative Justice Act) to call witnesses and give evidence in his own defence. Legal experts have described PAJA as “the cornerstone of administrative law in SA”.

She gave her committee’s concise unanimous ruling using the HPCSA’s actions and statements in calling surprise witnesses at late stages. Among those witnesses were Stellenbosch psychiatry professor Willie Pienaar, and US-based Prof Jacques Rossouw. Rossouw, however, failed to turn up on the day and claimed that he couldn’t get permission in time from his employer, the National Institutes of Health.

Adams said that advocate Meshak Mapholisa for the HPCSA had pleaded to be allowed to  introduce new evidence and witnesses. Her committee had unanimously granted him that right.

Therefore, her committee was being equally fair in granting Noakes the same right.