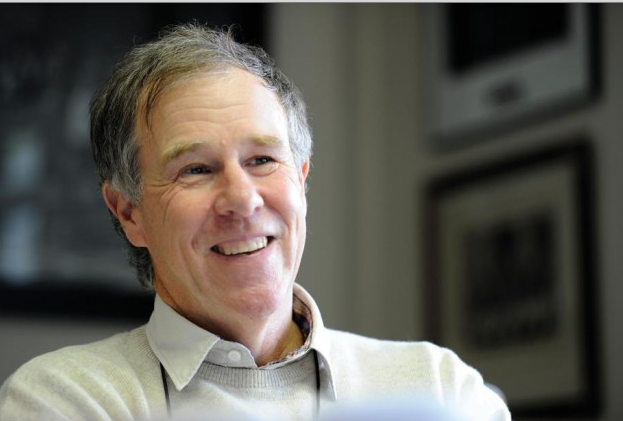 University of Cape Town cardiologists believe that Prof Tim Noakes is a true “cholesterol denialist”. They made the accusation in an open letter to the media in 2012. They say that it holds true today and that Noakes is a danger to the public.

In a previous Foodmed.net article, I suggested that cardiologists might be at the heart of the hearing against Noakes. It resumes in Cape Town on October 17.

Cholesterol and hearts have been a focus of the Health Professions Council of SA (HPCSA) case against Noakes. Other bodily organs have also been a focus. So too are South Africa’s low-fat official dietary guidelines.

But it is Noakes’ views on the best diet for heart disease that really get cardiologists’ heart rates rising. Those views are one reason that the HPCSA has charged Noakes with unprofessional conduct for a single tweet. Noakes tweeted that good first foods for infant weaning are low-carbohydrate, high-healthy-fat (LCHF). For more background on the case, click here to read the real beef dietitians have with him.

No change of heart

There’s no evidence that any of the cardiologists who wrote the 2012 letter are directly involved in the trial.

I contacted the authors of the 2012 letter to see if any has had a change of heart in the interim. That’s particularly in the light of evidence on benefits of LCHF diets for heart disease. None has.

Only three – Commerford, Ntsekhe and Marais – responded via email on their current opinions.

They said that Noakes went “too far in suggesting that a switch to a high-fat, high-protein diet is advisable for all persons”.

Interestingly, Noakes’ dietary regimen is not actually high in protein. Rather, it’s high in what he considers “healthy fats”, including saturated. And he maintains that he has not ever said that his diet is right for everyone.  He has said that he recommends it only for those who are insulin resistant or want to lose weight.

But it is Noakes’ views on statins that seem really to get cardiologists really riled up. He has called the “the single most ineffective drugs ever invented”. He has also said that the diet-heart hypothesis was “unproven dogma”.

That hypothesis has been another leitmotif throughout this trial. It says fat in the diet equals fat in your arteries and causes “bad cholesterol”. Their theory is that because cholesterol clogs arteries, it is the major cause of heart attack or stroke (the so-called “lipid” hypothesis).

Ntsekhe is now professor of cardiology at UCT and Groote Schuur. In his emailed response, he says that advising people not to worry about their blood cholesterol levels and not to use statins is a form of cholesterol “denialism”.

There is a “very big difference” between the cholesterol-heart (lipid)  hypothesis and diet-heart hypothesis, he says. While most heart specialists believe “strongly in the former”, they recognise that the latter is “contested space”, Ntsekhe says.

Statins’ mode of action is through altering cholesterol metabolism and there is “overwhelming evidence of life-saving efficacy”, he says. Thus, Noakes’ views on statins really do make him a “danger to the public”.

Advising people not to use them is “potentially very dangerous”.

While Ntsekhe attacks Noakes on many points, he agrees that Noakes hasn’t got it all wrong. In the letter, he and colleagues said that Noakes’ views on the contribution of refined carbohydrates to the obesity epidemic were “almost certainly correct”.

However, Ntsekhe says that there is now “very strong evidence” that statins in patients with coronary artery disease improve mortality (they make you live longer). “Multiple placebo-controlled studies confirm this.”

He “still agrees strongly” that as an academic, Noakes should air his views in an academic forum and the medical literature. This would allow his peers to evaluate his views critically and challenge them.

Last, but not least, Ntsekhe still “strongly agrees” that scientists and clinicians have “an ethical obligation to ensure that the information they impart to their patients and the public at large is correct, in line with best available evidence, and will not cause harm”.

The subtext is that Noakes does not meet that ethical obligation. That ties in with the HPCSA’s attempts to prove Noakes guilty of unethical conduct that so far haven’t been successful.

Marais,  UCT professor of chemical pathology, says that the open letter aimed to “curb a global switch to a high-fat diet as there was scope to do harm”. Similarly, indicating that statins had no benefit created “scope for harm”. The letter did not go into detail because it was simply to “convey caution to the public”.

It is “important and correct” to say that lifestyle has an enormous impact on health, Marais says. That has “never been contentious”. However, there are many aspects to lifestyle and cardiovascular risk and doctors should “tailor  advice to the individual”.

Marais remains concerned about “generalising about diet and statins”.  People with severe inherited disorders could suffer harm if they followed advice to disregard dietary advice for specific disorders, he says. The same applies if they stopped taking medication (statins) “proven to be of benefit”.

On the fact that Noakes’ diet is not high-protein, Marais says “these diet descriptions seldom define exact quantities”. This makes it difficult to know exactly what the proponents are advocating. For example, “if the fat increases and the carbohydrate decreases, the protein could well increase”.

Commerford is now a UCT emeritus professor and editor in chief of the Cardiovascular Journal of Africa. He commented briefly to endorse all Ntsekhe’s comments and the contents of the 2012 letter.

He also said that the evidence for statin efficacy “has continued to rise over the last few years”.