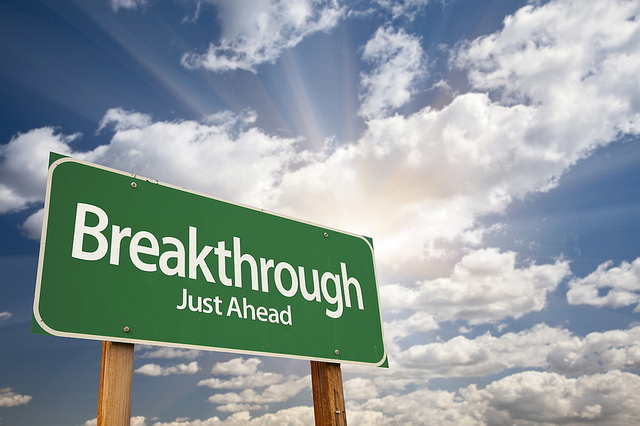 Obesity and diabetes are so common these days, doctors call them diabesity. A small Canadian study in the SAMJ posits a whole new paradigm to treat diabesity. It’s a path filled with life-saving promise of a ‘cure’ for obesity and diabetes. This study is not so much about diet as terminal flaws in evidence-based medicine.

In Part 1 of a two-part series, Foodmed.net looks at why this study is so significant. It it, South African and Canadian doctors point to what it means for patients with diabesity. We also look at why medical and dietetic establishments are not receptive to its message and real evidence-based medicine:

It should be a no-brainer: globally, doctors and dietitians need a little help from scientist friends to treat obese, diabetic patients. Yet many act as if they don’t need help.

Obesity and diabetes have become pandemic worldwide. They are so common these days that doctors often refer to them as “diabesity”. The pandemics prove that conventional treatment for diabesity simply isn’t working.

A group of Canadian and South African researchers may be just the friends to turn that situation around.

They have published a study in the SAMJ (South African Medical Journal) led by Canadian epidemiologist Dr Sean Mark. They believe it’s a game changer, a breakthrough for obese and diabetic patients.  (Click here to read the full text of A successful lifestyle intervention model replicated in diverse clinical settings.)

The authors say the magnitude of obesity and diabetes pandemics creates “a public health imperative to provide practitioners with evidence that supports effective interventions”.  They believe their study provides that evidence.

It documents results of a lifestyle intervention model the doctors created to treat 372 patients with diabesity in rural areas of Canada.

The model takes inspiration from pioneering work Wortman and Noakes have done in their own communities, using low-carb, high-fat (LCHF) to treat and prevent both conditions.

First author Sean Mark says the intervention was so successful, it spread to three more remote rural areas of the country.

Outcomes in all participants (aged between 16 and 82, mostly female) included “unusually large improvements in health”. Participants had weight loss greater than 12%. That compares well with the Diabetes Prevention Program (DPP), a well-resourced, highly cited randomised controlled trials (RCT). The DPP had a weight-loss goal of 7% of initial body weight; other RCTs had even lower weight-loss goals.

All participants showed significant improvements in their cardiometabolic profiles. They were able to reduce use of oral hypoglycaemic, antihypertensive and cholesterol-lowering drugs significantly.

Must read: DIABETES CAN BE CURED! A DOCTOR’S PERSONAL JOURNEY

The doctors counselled participants to restrict moderate to vigorous physical activity while on the weight-loss diet. In contrast, the DPP and Look AHEAD trials encouraged 150 and 175 minutes per week of moderate activity respectively.

More controversially, the authors  used a high-fat (including saturated fat) diet for weight maintenance after participants achieved desired weight loss. By contrast, in the DPP and Look AHEAD trials, researchers counselled participants to avoid foods rich in fat to maintain weight loss.

Thus, they consulted Wortman to provide expertise on therapeutic diets in community settings.

The authors have  based the use of a low-carb, high-fat diet on “the high prevalence of insulin resistance in the patient population and favourable changes in multiple health indicators in randomised trials of up to two years’ duration in such populations”.

They conclude that their lifestyle intervention model and its replication in different rural practices is “a powerful wellness tool”. It empowers “not just the patients and the doctors, but also rural communities”.

They call for a broader set of health-system indicators combined with longer-term follow-up of intervention participants. This will facilitate “evidence-based health system decision-making in a climate of fiscal restraint”.

In effect, this research offers the promise of an accessible, safe, effective  method of improving these life-threatening conditions. Better still, it doesn’t cost anything other than the cost of normal medical care.

That all sounds promising for diabesity patients. Yet medical and dietetic establishments haven’t exactly embraced this study with open arms.

The researchers note a “frustrating lack of uptake” of their model. They attribute this  to competing “solutions” for the epidemics of diabesity in the research literature that are “difficult to falsify”.

They say it’s also due to a “state of uncertainty” among doctors and scientists about treatment for insulin resistance. This “persists despite decades-old findings by (Dr Gerald) Reaven showing that insulin resistance is fundamentally a disorder of carbohydrate metabolism”.

Therein probably lies the nub of this study, and resistance to it. It challenges entrenched conventional “wisdom” about the causes of obesity and diabetes.

Critics of this study have been quick to focus on the many flaws. Rightly so from a conventional scientific perspective.

However, conventional science doesn’t always translate well in the real world. Even more so with nutrition science. Human bio-individuality makes it  as much art as science.

Looked at through the lens of conventional science, this study is riddled with design and data weaknesses. It isn’t an RCT (randomised controlled trial, the so-called “gold standard” of scientific research). It doesn’t test any hypothesis. It is small and short-term. Such evidence as it does provide is anecdotal.

To some scientists, anecdote is a swear word. To others, it’s the life breath of science. Noakes says “all of science begins with anecdote”.

The study authors are up front about all the flaws. But are the flaws really enough to offset the results of what is in effect “real-world science”?

Top South African endocrinologist Dr Tessa van der Merwe is honorary clinical professor of endocrinology and researcher at the University of Pretoria. She is director of CEMMS (SA) (Centres of Excellence for Metabolic Medicine and Surgery of SA), and president of SASSO (the South African Society for Surgery, Obesity and Metabolism.

She says the study is “poor, with no control group or documented dietary methodology”.  The researchers have “extracted data retrospectively from files that are not open to scrutiny”. The patients were on a low-calorie diet of 1100 and 1500 calories.  “On its own that could have caused weight loss, Van der Merwe says.

“Any patient receiving more attention and visits will improve,” Van der Merwe says. “You can’t just publish nonsense based on your own assumptions.”

She agrees there’s a need for radical mind-set shift in treatment for Type 2 diabetes. She believes bariatric surgery is it. So do growing numbers of doctors internationally. They are pushing for bariatric surgery to be first resort for diabetics, even if they aren’t morbidly obese.

Bariatric surgery is the umbrella term for metabolic, gastrointestinal procedures that include cutting out or stapling sections of the stomach and abdomen. These were originally designed to induce weight loss in morbidly obese patients.

In a commissioned feature I wrote for Business Day, Van der Merwe says there are patients who will qualify and benefit from bariatric surgery, and  those who won’t. For those who do benefit, metabolic surgery may be the only means of achieving complete or partial remission of diabetes.It’s also currently “the most cost-effective long-term treatment for obese diabetics”. (Click here to read: Experts push for surgery to tackle type 2 diabetes.)

Senekal quotes from the authors in the SAMJ: “the intervention tested reduced total energy intake by restricting sugar, refined carbohydrate and fat intake”.

It is therefore just a weight-loss diet “in line with the recommendations for healthy eating prescribed in the (South African) Food Based Dietary Guidelines”, she says.

She  also says the study is  published in a “very low impact medical journal (impact factor of 1.32)”. That’s compared to the impact factors of highly regarded medical journals such as the Lancet (45.2), The New England Journal of Medicine (59.6) and the Journal of the American Medical Association (37.7). “That’s where ground breaking, game changing research is published,” she says.

Senekal’s opposition to LCHF is well-documented.

She signed the “UCT academics letter” published in the Cape Times newspaper in 2014. In it, the authors attack Noakes inter alia for “not conforming to the tenets of good and responsible science”. They accuse him of making “outrageous, unproven claims about disease prevention” in promoting LCHF.

Other signatories are Prof Wim de Villiers, then UCT Dean of Faculty of Health Sciences, now Rector of the University of Stellenbosch;  Prof Bongani Mayosi, then UCT head of the Department of Medicine, now Dean of the Faculty of Health Sciences; and cardiologist and UCT emeritus professor Dr Lionel Opie. Opie has since told  Noakes in an email he had no knowledge of and did not sign the letter.

Senekal  recently agreed to be a consultant for the Health Professions Council of SA (HPCSA)  against Noakes resumes in Cape Town in October. The HPCSA has charged Noakes with unprofessional conduct for giving “unconventional advice” to a breastfeeding mother over a social network (Twitter).  In the tweets, Noakes said good first foods for infant weaning were LCHF (meat and vegetables).

Labuschagne says the study shows nothing new.  “You can expect initial weight loss with an energy intake of only 1500 kcal/day,” she says. The weight loss explains the positive change in biochemical parameters:

“A strict diet regime resulting in quick weight loss for obese people can be positive if it facilitates weight loss.”

Current available research does not support high-fat diets, Labuschagne says. Cost and long-term compliance of a high-fat diet are unknown. And while researchers  can take note of the results, they “should not apply results from rural Canada to (the South African) population”.

Experts describe as “staggeringly high” the incidence of metabolic syndrome in patient populations which UCT and Stellenbosch University hospitals and dietitians service. That’s compared with 40 to 50 years ago.

Labuschagne has an interesting take on the rise of diet-related non-communicable diseases in South Africa. She says it accounts for 28% of South Africa’s burden of disease, and ascribes it to a process of “nutritional transition”.

“It is thought to be linked to the process of societal transition,  urbanisation and westernisation from a traditional rural lifestyle,” she says.

In South Africa, “as observed in many countries, the fundamental cause of obesity and overweight is an energy imbalance between energy consumed and energy expended”, she says.

Yet the Canadian study showed that blood cholesterol levels fell dramatically in participants eating the high-fat diet (besides other major beneficial changes in long-term health markers).

Stellenbosch and UCT teach nutrition according to the two bedrocks of conventional nutrition advice: CICO (calories in, calories out) theory of obesity and the “diet-heart hypothesis”. LCHF destabilises those bedrocks completey. Growing research, including by top British obesity researcher Dr Zoe Harcombe, suggesting that CICO and the diet-heart hypothesis don’t have much evidence to support them.