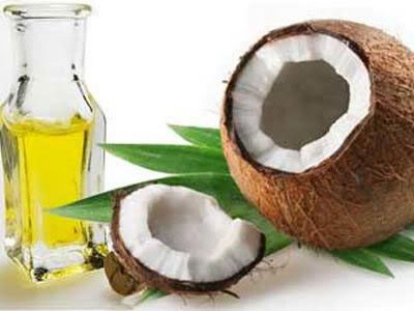 Coconut oil has had undeservedly bad press for decades. For years, scientists, doctors and dietitians demonised it and other foods such as butter, eggs and bacon. They believed these foods raised levels of ‘bad cholesterol’  and increased your risk of heart attack and stroke.

They believed the ‘diet-heart hypothesis’ that fat in the diet equals fat in your arteries. I’m still waiting for them to explain just how dietary fat can wreak such havoc in the body. Their deafening silence tells me they can’t explain it. So why do they still cling to the belief that coconut oil is harmful?

Dr Verner Wheelock lives in Yorkshire, grew up in Ireland and has degrees in chemistry and agriculture from Queen’s University in Belfast. He has pioneered research on UK food policy with particular emphasis on official dietary advice and food and agriculture industries. Here, he looks at why we should eat coconut oil daily for the sake of our bodies, hearts and minds. Read on!  –  Marika Sboros

There is growing awareness that coconut oil has many attributes which make it a valuable nutrient.

The contents of the individual fatty acids present in coconut oil are shown below:

As these fatty acids are all saturated, doctors and dietitians have advised people  to avoid coconut oil. They believed it  would increase total cholesterol,  and therefore raise the risk of developing heart disease.

Scientific evidence discredits this opinion, although it continues to underpin those aspects of public health policy which relate to prevention of heart disease.

If we consider the evidence which deals specifically with coconut oil and individual fatty acids, a very different picture emerges.

These fatty acids contain up to 12 carbon atoms. Scientists call them  the short and medium chain length fatty acids. Your body absorbs these fatty acids rapidly into the bloodstream because it doesn’t need to emulsify them. These fats are  therefore readily available for  various bodily organs to use.

They are especially valuable because they boost the immune system. They also have anti-microbial, anti-viral and anti-tumour properties.

Your body converts the lauric acid (C12) that coconut oil contains into monolaurin. This substance has anti-viral, anti-microbial, anti-protozoal and anti-fungal properties. It acts by disrupting the lipid membranes in organisms such as fungi, bacteria and viruses, thereby destroying them.

These characteristics are particularly valuable, as the effectiveness of many antibiotics has been decreased by increased antibiotic resistance. Coconut oil is therefore especially important in this context because lauric acid makes up about 50% of it.

So what actually happens in people who have a high intake of coconut oil? Because it has a very high content of saturated fats (SFAs), we would expect that heart disease would be prevalent. That’s if the “Cholesterol theory” (the “diet-heart hypothesis) has any validity. In fact, the opposite is the case.

A study conducted in South Pacific Islands in the 1960s showed that the population was healthy and relatively free from heart disease and obesity. At that time, up to 60% of the dietary energy was supplied by the coconut oil. The authors of the report concluded that: “Vascular disease is uncommon in both populations and there is no evidence of the high saturated fat intake having a harmful effect in these populations.”

Another view: WILL LCHF TRIGGER A NEW HEART DISEASE EPIDEMIC?

India has shown the same dietary trends with similar results. Scientific evidence now supports the  recommendation that consumers should reverse these changes and replace the vegetable oils with coconut oil.

Diabetics invariably show symptoms of “insulin resistance”. This is caused by the continual exposure of the body’s organs to excessive insulin. This ultimately results in an inability to respond to the insulin, which is insulin resistance.  Australian research shows that a diet which is rich in coconut oil effectively protected against the development of insulin resistance.

Although there is no detailed scientific investigation on the effect of coconut oil in alleviating Alzheimer’s Disease (AD), there are numerous case histories where individuals have been successful.

Perhaps the best known is the work of Dr Mary Newport who has documented her experience with her husband. At the time, her 58-year-old husband, a qualified accountant, had  progressive dementia for five years. During this period, he was on various drugs but his condition was deteriorating. Tests  indicated that he was leaning more towards severe rather than moderate AD.

Dr Newport decided to delve into the scientific literature. She concluded that the cause of the disease was probably due to an impairment of the brain to glucose utilization from insulin resistance. An alternative form of nutrition, namely ketone bodies, and a diet  rich in fatty acids of medium chain length (MCTs), could induce some regression.

She decided to use coconut oil as the source. She gave her husband about 35gms with every meal. Prior to this, he could not remember the season,  month or even day of the week. Once he was on coconut oil, he was able to remember the date. After 60 days, he could concentrate on a specific task and complete it.

There are many other examples, and no question that results are impressive. Dr Newport has pushed hard for a proper evaluation of the evidence.  A major investigation has begun.

Criticisms of coconut oil for its high proportion of saturated fatty acids do not stand up to rigorous examination. The genuine possibility that it can help to overcome AD in particular has huge potential. The pharmaceutical industry has been singularly unsuccessful in developing an effective drug. This makes more emphasis on a totally different approach that much more urgent.