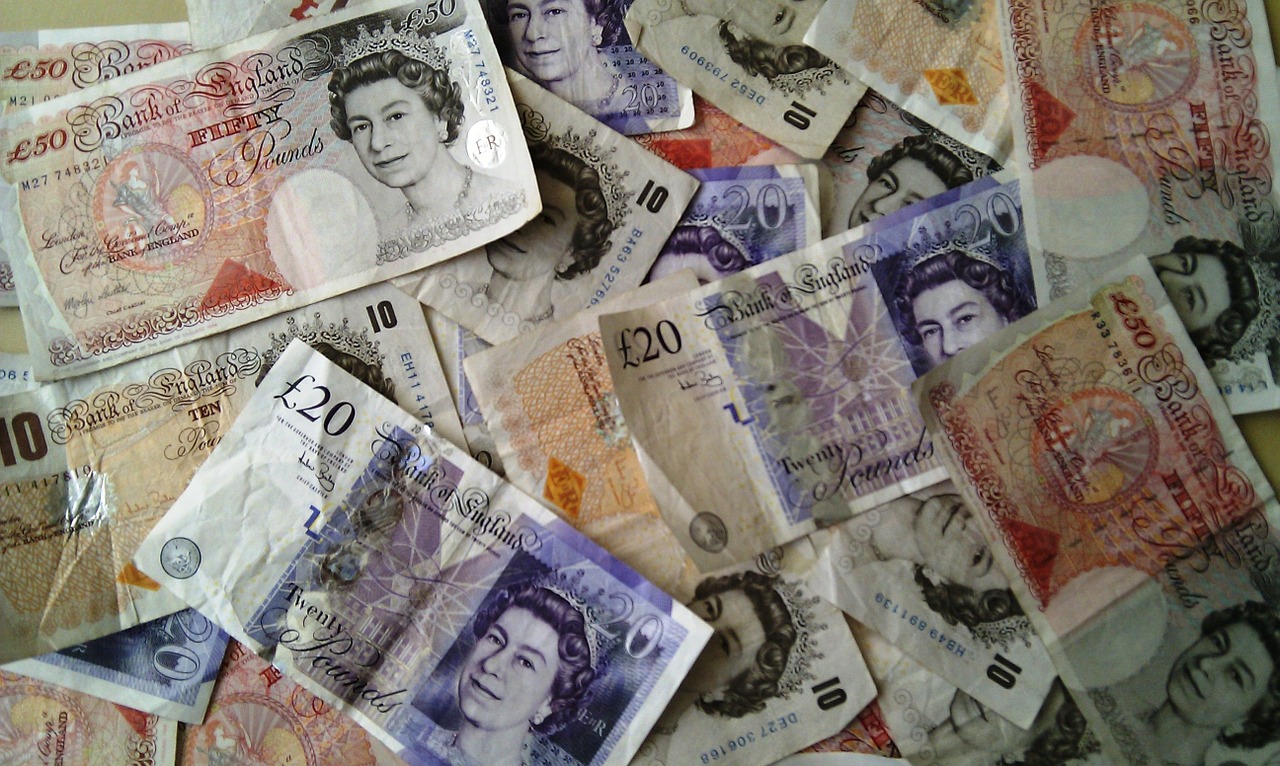 Is the UK government dishing up bad dietary advice to its citizens? Has it wrongly demonised fat, glorified carbohydrates and harmed people’s health for decades?

Well, yes, yes, yes – and yes. That’s if Harcombe’s new systematic review in the British Journal of Sports Medicine (BJSM) is anything to go by.  The findings come at a time when PHE is facing mounting criticism for its links with the food industry. Critics also say the industry has had undue influence on government dietary guidelines. PHE now calls them  the Eatwell Guide (formerly the Eatwell Plate):

The UK government describes the Eatwell Guide as “a policy tool used to define government recommendations on eating healthily and achieving a balanced diet”.

In July, The Sunday Times revealed that PHE, the government health watchdog,  enlisted the support of an industry-funded charity to rebut a report it didn’t like. The British Nutrition Foundation (BNF) charity’s corporate members include the who’s who of the fake food industry. Among these are Kellogg’s, Warburtons, Coca-Cola, Mars UK, and United Biscuits,

Harcombe’s new review builds on growing evidence of those consequences. It extends the findings of her earlier research, a meta-analysis in the BMJ Open Heart in 2015. That study showed that no randomised controlled trials (RCTs)  supported dietary guidelines the US first introduced in 1977. The UK followed in 1983.

US officials first introduced the guidelines to reduce rising mortality (death rates) from heart disease in the US. They based that on the  “diet-heart hypothesis” that saturated fat causes heart disease.

Harcombe’s latest BJSM review is the first to investigate whether there was also any epidemiological research to support the guidelines at the time.  It turns out there also wasn’t any. Among the review findings:

When Harcombe’s meta-analysis appeared in the BMJ Open Heart last year, PHE quickly conceded that there was no RCT evidence to support the guidelines when US and UK introduced them.  However, PHE claimed that epidemiological evidence at the time was “strong”. It also claimed that RCT evidence available today is “overwhelming”.

Must read: CAN YOU TRUST DIETITIANS WHO ARE IN BED WITH BIG FOOD?

How might all this affect clinical practice in future? Harcombe and colleagues say dietary advice in the US and UK  “at least, needs re-examination”.

They say that the revised US 2015 dietary guidelines have for the first time excluded recommendations for total fat. However, they still advice that people restrict saturated fat. The “pool of evidence does not support this recommendation”, Harcombe and colleagues say.  PHE advicee on dietary K has “prevailed in the absence of supporting evidence”.

In an earlier BJSM editorial titled  Designed by the food industry for wealth, not health: the ‘Eatwell Guide’, Harcombe eviscerates the guide with her usual research scalpel 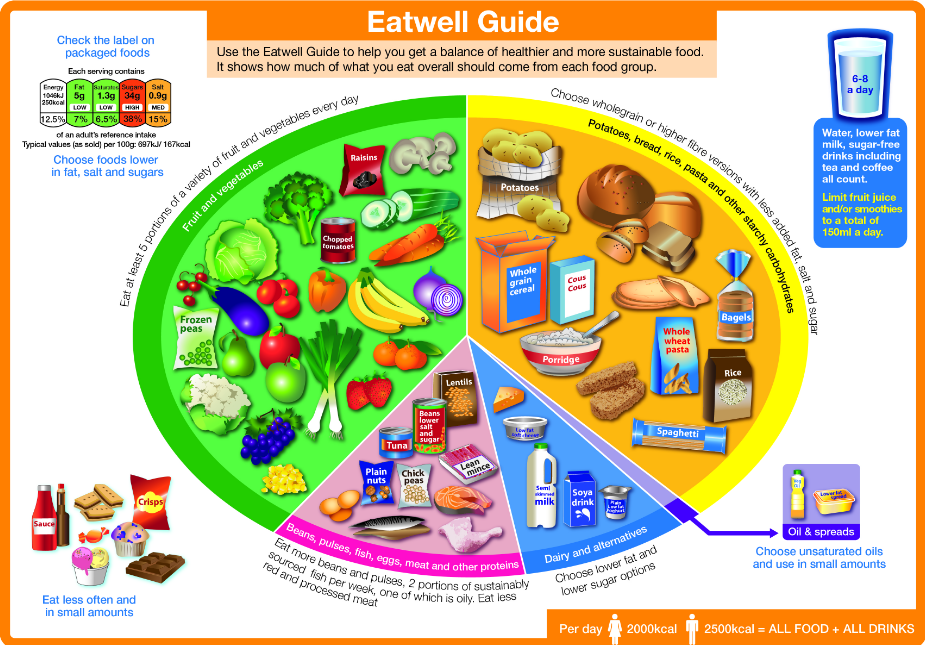 She says the guide “promotes industry wealth not public health”. PHE appointed a group consisting primarily of members of the food and drink industry to formulate it.

The guide’s primary flaw, as with its predecessors, Harcombe says, is that it is not evidence-based. There has been no randomised controlled trial of a diet on which the  Eatwell Guide is based, “let alone one large enough, long enough, with whole population generalisability”.

The guide’s emphasis on carbs is “the result of dietary advice to restrict fat”, she says. This is not based on the evidence. As well, researchers have not tested the advice the Guide gives on carbs. Even the Guide’s hydration message (to drink 6-8 glasses of sugar-free fluid) “doesn’t hold water”, Harcombe says.

Another view: WHY SO MANY DIETITIANS HAVE ‘HITS’ SYNDROME

Not surprisingly, Harcombe’s editorial infuriated PHE and its allies. A hastily cobbled rebuttal popped up on the Science Media Centre website. Titled Expert reaction to an editorial on the revised UK Eatwell Plate, it quotes experts at length. All are critical of Harcombe’s views. That shouldn’t be surprising, given that drug and food companies dung the Science Media Centre. Analysts say it signals an unedifying spectacle of a global phenomenon and the usual suspects at work. Among them are heart foundations, dietitians associations, academics and doctors rallying to support vested interests in food and drug industries.

Certainly, the experts who attack Harcombe’s editorial appear oblivious – by default or design – of the evidence against the US and UK dietary guidelines.

Among those quoted is King’s College London professor emeritus of nutrition and dietetics Dr Tom Sanders. Sanders is also the BNF scientific governor. He has received £4.5m in funding from the sugar industry for his research.

Sanders calls the editorial “a piece of provocative journalism” without scientific backing.  He says that Harcombe makes ” a number of flimsy claims and insinuates a malign influence of the food industry”.

Yet Harcombe doesn’t so much insinuate as boldly infer malign industry influence. And research shows that her claims are anything but flimsy.

Sanders defends food industry involvement in the Eatwell Guide. He says that it is only proper that health authorities consult (the industry) in the process as a stakeholder.  He says that there’s “not a shred of evidence” to support Harcombe’s central claim that dietary guidelines are responsible for the current obesity epidemic.

Sanders also seems to support the CICO (calories in, calories out) model of obesity. The model suggests that obesity is from gluttony and sloth. He says that obesity and subsequent diabetes epidemics are the result of  “changes in human behaviour. In particular, he fingers a more sedentary lifestyle and changes in eating habits. Among these are increased consumption of food eaten outside the home and larger portion sizes. He says that these  have nothing to do with the dietary guidelines. For example,

Victoria Taylor, a senior British Heart Foundation (BHF) dietitian, agrees. She says that the guidelines follow “a rigorous and independent process of review of the best evidence available by the scientific advisory committee on nutrition”. Taylor says “randomised controlled trials alone won’t give us a full picture as carefully controlling the diets of thousands of people over many years would be impossible”.

Harcombe is unrepentant. She says that the Eatwell Guide’s greatest flaw is likely to be a “missed opportunity”. The authorities could have spread a simple and powerful message. They could have told people to eat the way they did before carbohydrate-heavy advice.  However,  when food industry influence was so strong, Eat Real Food! was “never a likely outcome”.