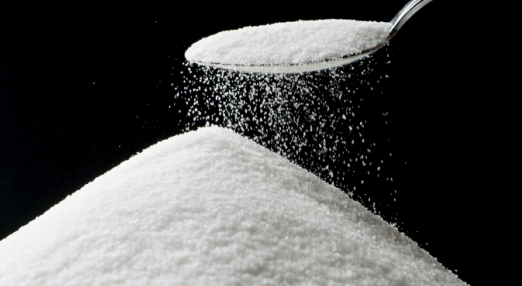 Are you a type 2 diabetic, pre-diabetic or have a family history of diabetes? If so, this is one of the most important blogs you’ll ever read. It’s by Canadian nephrologist Dr Jason Fung. He doesn’t tell patients that type 2 diabetes is chronic, progressive and incurable. He says that’s actually a ‘big, fat lie’.

Fung had a Damascene moment a few years ago. He realised he was giving his diabetic, obese patients the wrong treatment. He was prescribing insulin according to orthodox medical protocols. He was making his patients fatter and sicker.

Diabetes is a disease of insulin resistance, Fung says. In other words, it’s a disease of excess insulin. It is a dietary disease, he says, and you can’t cure dietary disease with drugs.  Here’s a shortened version of Fung’s blog with a link to the full version.  – Marika Sboros

Most doctors, dietitians and diabetes specialists claim that type 2 diabetes is a chronic, progressive disease. The American Diabetes Association almost proudly proclaims this on its website. Once you get the diagnosis, it’s a life sentence. But it’s actually a great big lie:

Type 2 diabetes is almost always reversible and this is almost ridiculously easy to prove. This is great news for the more than 50% of American adults who are diagnosed pre-diabetes or diabetes.

Recognizing this truth is the crucial first step in reversing your diabetes or pre-diabetes. Actually, it something most people already instinctively recognized to be true.

Suppose your friend is diagnosed as diabetic, then works hard to lose 50 pounds. He takes himself off all his medications and his blood sugars are now normal. What would you say to him? Probably something like “Great job. You’re really taking care of yourself. Keep it up!”

What you wouldn’t say is something like “You’re such a dirty, filthy liar. My doctor says this is a chronic and progressive disease so you must be lying to me.” It seems perfectly obvious that diabetes reversed because your friend lost all that weight. And that’s the point: The disease is reversible.

We’ve known this all along. But only diet and lifestyle changes will reverse it,  NOT medications. The most important thing, of course, is to lose weight. But the diabetes medications don’t do this. Quite the contrary. Insulin, for example is notorious for causing weight gain. Patients intuitively sense that they are heading down the wrong path.

They would often say to me, “Doctor. You’ve always said that weight loss is the key to reversing diabetes. Yet you prescribed me a drug that made me gain 25 pounds. How is that good?” I never had a good answer, because none existed. It was not good. The key was weight loss, whereupon the diabetes often goes away or at least gets significantly better. So, logically, insulin does not help reverse the disease, but actually worsens it.

We can pretend the disease is better, but that doesn’t make it true. That’s the reason most doctors think type 2 diabetes a chronic and progressive disease. We’ve been using the wrong treatment. We’ve been prescribing drugs for a dietary disease. No wonder it doesn’t work.

So, how can you reverse your diabetes?

Over decades, we eat too much of the wrong things – sugary cereals, desserts, white bread. The sugar bowl gradually fills up with sugar until completely full. The next time you eat, sugar comes into the body, but the bowl is full. It spills out into the blood.

Insulin is a normal hormone produced when we eat. Its job is to allow glucose into the cells. When it is no longer able to do it, glucose piles up outside the cell in the blood, and it is called insulin resistance. But why does this happen?The cells are already over-filled with glucose (see Dr Fung’s previous post – A New Paradigm, and Insulin Resistance is Good?). Like trying to blow air into an over-inflated balloon, it simply takes more force. The cell resists the glucose because it’s completely full. Insulin resistance is an overflow phenomenon.

The body is already overflowing with sugar. The medications only hide the blood sugar by cramming it into the engorged body. The diabetes looks better, since you can only see the blood sugars. Doctors can congratulate themselves on an illusion of a job well done, even as the patient gets continually sicker. Patients require ever increasing doses of medications and yet still suffer with heart attacks, congestive heart failure, strokes, kidney failure, amputations and blindness.

Medications and insulin do nothing to slow down the progression of this organ damage, because they do not eliminate the toxic sugar load from our body. We’ve known this inconvenient fact since 2008. No less than seven multinational, multi-centre, randomized controlled trials of tight blood glucose control with medications (ACCORD, ADVANCE, VADT,ORIGIN, TECOS, ELIXA, SAVOR) failed to demonstrate reductions in heart disease, the major killer of diabetic patients. We pretended that medications to lower blood sugar makes people healthier.

But it has only been a lie. You can’t use drugs to cure a dietary disease.

There are really only two ways to get rid of the excessive sugar in the body. The best part? It’s all natural and completely free. No drugs. No surgery. No cost.

The first step is to eliminate all sugar and refined starches from your diet. Sugar has no nutritional value and and therefore, you can eliminate it. Starches are simply long chains of sugars. Highly refined starches such as flour or white rice are quickly broken down by digestion into glucose. This is quickly absorbed into the blood and raises blood sugar. For example, eating white bread increases blood sugars very quickly. 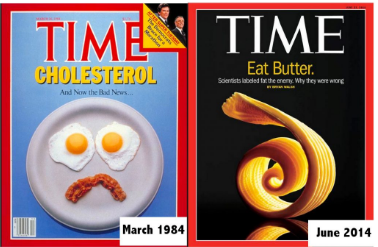 Doesn’t it seem self-evident that we should avoid foods that raise blood sugars because the body eventually absorbs them? The optimum strategy is to eat little or no refined carbohydrates.

The body also converts too much dietary protein  into glucose. Therefore, you should avoid eating too much protein as this, too will only add sugar to the body.

Dietary fat, long shunned for its purported effect of causing heart disease, is back. Natural fats, such as found in avocado, nuts and olive oil are well known to have healthy effects on both heart disease and diabetes.

The Mediterranean diet, high in natural fats, is well accepted to be a healthy diet. Dietary cholesterol is also shown to have no harmful effect on the human body. Eggs and butter are back.

Fasting is the simplest, fastest method to force your body to burn sugar for energy. Glucose in the blood is the most easily accessible source of energy for the body. Fasting is merely the flip side of eating. When you eat, your body stores food energy. When you fast, your body burns food energy. If you simply lengthen out your periods of fasting, you can burn off the stored sugar.

While it may sound severe, fasting is at least 2000 years old. It is the oldest dietary therapy known. We only need to lead our bodies down the healing pathway and have the courage to apply our hard-won knowledge.