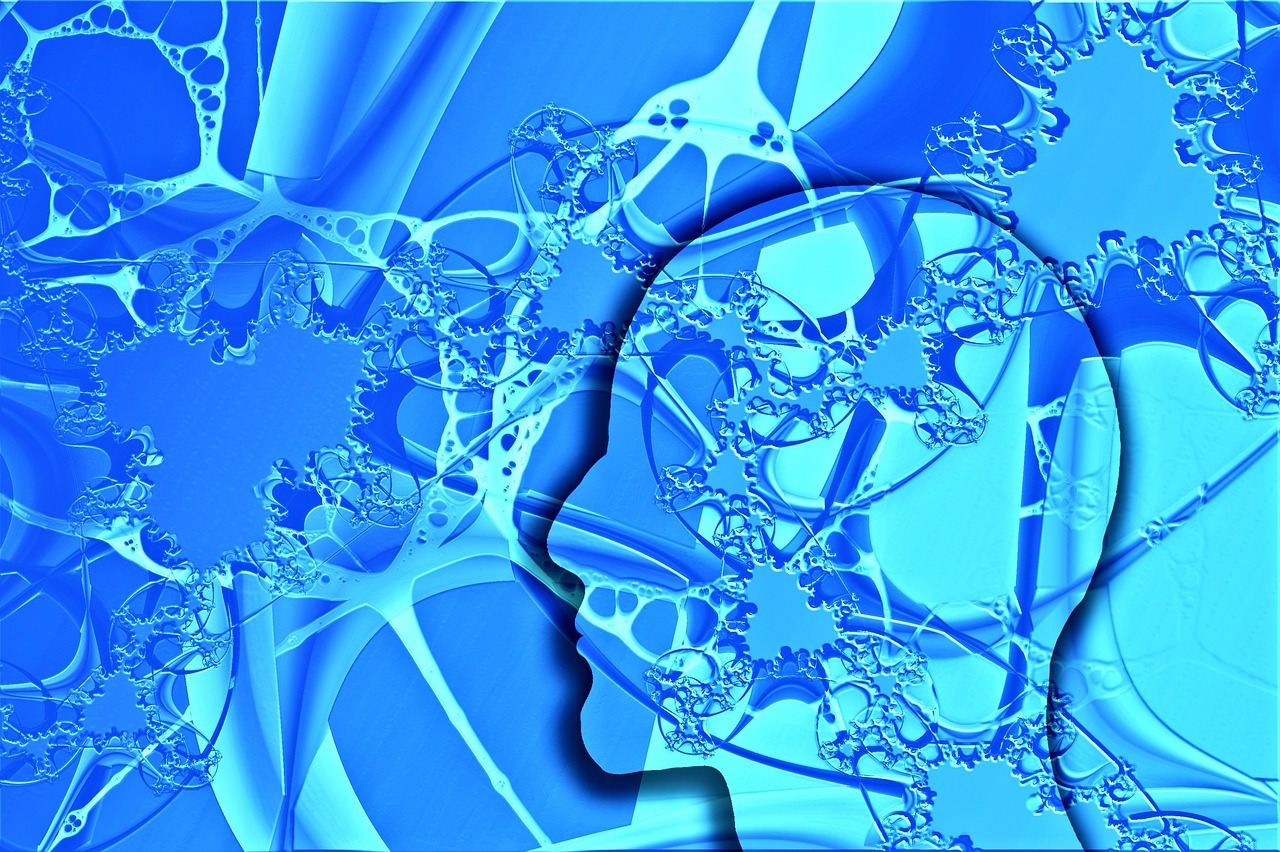 It’s a killer disease you can’t catch even as its tentacles spread across the globe. It is called NAFLD – non-alcoholic fatty liver disease. That distinguishes it from liver damage from bingeing on alcohol, but it is just as deadly. NAFLD affects hearts as well as livers. It affects children as well as adults, thin people as well as those who are overweight. Here, top Iceland cardiologist Dr Axel Sigurdsson gives the science to show why low-carb makes sense to treat NAFLD, and why it really should be a no-brainer. – Marika Sboros

About 30% of people in the US have a disease characterised by abnormal deposits of fat in the liver. The disease is not contagious, and unlike many other disorders of the liver, it is not caused by overconsumption of alcohol. It is non-alcoholic fatty liver disease (NAFLD) and has become the leading cause of chronic liver disease in many countries around the world.

It is normal to have fat in the liver. However, if the amount of fat is more than 5-10% of the weight of the liver, fatty liver disease is probably present. But why is having much fat in the liver a bad thing?NAFLD may progress to non-alcoholic steatohepatitis (NASH) which is associated with inflammation and may result in chronic scarring of the liver and liver cancer . Furthermore, patients with NAFLD have an increased risk of cardiovascular disease.

The prevalence of NAFLD has increased steadily during the last 25-30 years, along with the prevalence of central obesity, type 2 diabetes, and the metabolic syndrome. Most individuals with NAFLD have increased abdominal fat and signs of insulin resistance which is reflected in high blood levels of triglycerides, low HDL-cholesterol, and increased risk of type 2 diabetes and high blood pressure (hypertension).

Insulin is a hormone produced by beta cells in the pancreas. It plays an important role in the metabolism of carbohydrates and fats.

When sugar and carbohydrates are ingested, insulin promotes the transport of glucose (sugar) from the blood into the cells of skeletal muscle and fat tissue. Hence, it is often said that insulin unlocks the cell to allow glucose to enter and be used for energy. Insulin also promotes the storage of energy in the form of glycogen and fat.

If the pancreas is unable to produce enough insulin in response to meals or if the action of insulin is impaired, glucose will accumulate in the blood and blood sugar will become elevated as is the case in diabetes.

Insulin resistance is defined as a diminished response to a given concentration of insulin. Initially, the pancreas responds by producing more insulin. For this reason, people with insulin resistance often have high levels of insulin in the blood. However, as diabetes develops, the beta cells of the pancreas often become unable to produce more insulin and its blood levels drop. 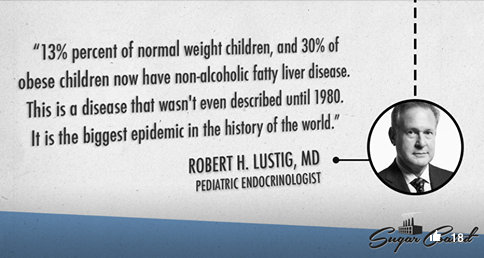 Insulin resistance affects fat metabolism in several ways, For example, insulin resistance is associated with increased triglyceride production and enhanced uptake of free fatty acids by liver cells that may contribute to the accumulation of triglycerides in the liver.

The Role of Carbs

Carbohydrates are chains of sugar molecules. Glucose is the main sugar molecule used by the cells of the body to create energy. Overconsumption of sugar and carbohydrates may predispose to excessive accumulation of triglycerides in the liver.

When we consume carbohydrates, blood sugar rises. However, as the body strives to keep blood sugar levels within a certain range, glucose will be rapidly cleared from the circulation following a meal. With the help of insulin, glucose is taken up by cells and used for energy production. Excessive glucose is stored in liver and muscle in the form of glycogen. The maximum amount of glucose that can be stored as glycogen is between 400 – 500 grams or 1.600 – 2.000 kcal (a gram of carbohydrate equals 4 kcal).

If the glycogen storage is full, the liver will convert glucose to fatty acids. These fatty acids are then stored in liver and adipose tissue in the form of triglycerides. So, excessive amounts of fat in the liver may be partly caused by increased conversion of carbohydrates to triglycerides.

Although fructose is chemically similar to glucose, it can not be used directly by cells for energy production. While glucose can by metabolized by most cells in the body, fructose is primarily metabolised by liver cells. Thus, fructose and glucose follow different metabolic paths.

This is of interest because most sugar-sweetened beverages such a soda drinks, energy drinks and sports beverages use sucrose (sucrose contains one molecule of fructose and one molecule of glucose) or high fructose corn syrup as their main energy source. Why would athletes want to consume sugar that cannot be used for quick energy and is probably going to end up as fat?

Several studies have shown that the metabolic effects of fructose consumption may predispose to fat accumulation in the liver.

There is strong evidence from both experimental and animal studies suggesting that high fructose consumption can lead to insulin resistance, high blood pressure, and lipid abnormalities, all of which are underlying mechanisms involved in fatty liver disease.

Fructose may predispose to non-alcoholic fatty liver disease by promoting elevated blood levels of triglycerides. Experimental studies show that elevated triglycerides caused by excessive fructose intake may be a precursor of insulin resistance. Fructose overconsumption has been shown to lead to fatty deposits in the liver of healthy subjects.

Increased dietary fat consumption might play a causative role in NAFLD. However, studies have shown that only 15% of liver fat is derived from dietary fat.

Impaired oxidation of free fatty acids in the liver may be one of the underlying mechanisms in NAFLD. Furthermore, impaired very low-density lipoprotein (VLDL) secretion may play a role. VLDL secretion from the liver is the major mechanism for triglyceride transport from the liver.

Several studies suggest that weight loss is beneficial in patients with NAFLD. At present, weight loss is the main recommendation for treatment of NAFLD.

Weight loss may be achieved by caloric restriction, physical exercise, drugs, and bariatric surgery. However, in the real world, telling a someone to lose weight is of very limited value. Lifestyle modification based on caloric restriction only achieves a weight loss goal of more than 7% in less than 50 percent of patients in the clinical trial setting.

Although the mainstay of therapy for NAFLD is weight loss through dietary modification and lifestyle change, several questions remain. Are some diets better than other? Is every measure that induces weight loss likely to help or does it matter how weight loss is achieved? Can results be obtained without weight loss?

Low-Carb For NAFLD  – Does It Make Sense?

Low-carb diets have been in and out of fashion for more than a century. The basis of such a diet is that sugar and carbohydrates should be restricted. The approach usually involves more consumption of fats than is usually recommended.

Most patients with NAFLD are already insulin resistant. This implies that carbohydrate metabolism is already abnormal, a situation that has been described as carbohydrate intolerance.

The insulin released after a high carbohydrate meal is necessary to both inhibit glucose output from the liver and to promote glucose uptake by skeletal muscle. The failure of insulin to perform these tasks, as occurs in patients with insulin resistance, will lead to elevated blood sugar.

Most studies addressing the role of dietary intervention for NAFLD have studied the effects of different diets on weight loss, liver biochemistry (transaminases), liver fat content, and insulin resistance. Few studies have directly compared different diets for the treatment of NAFLD. Some of them show similar results with calorie restricted low-carb and low-fat diets while other suggest that low-carb diets are more effective.