If  you’re passing by, drop in. If you aren’t, I advise you to drop everything and get to  Foodloose, an innovative seminar on health an nutrition in Reykjavik, Iceland on May 26. (Scroll down to see a short video clip on why you really do need to be there.)

Don’t expect this to be just a low-carb, high-fat backslapping session. Sigurdsson is on record posing the question: Will LCHF lead to another epidemic of heart disease? That’s a question many of Noakes’ critics, among them Johannesburg cardiologist Dr Anthony Dalby, believe will be the case.  Sigurdsson made the case at the time he wrote the blog that it is unlikely based on the evidence we have available today. He hasn’t changed his mind.

Foodloose is organised by the Icelandic Health Symposium that was founded in June 2015 to bring together some of the best minds from the scientific world and other fields around human health and wellbeing. 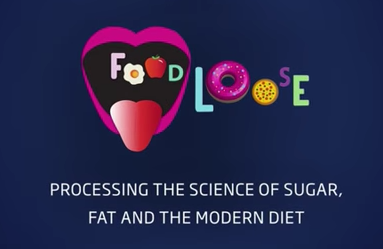 Says Sigurdsson: Foodloose aims to “spark discussion and promote a greater interest in the ways in which people can improve their lives, take charge of their own health”. To that end, people need  the tools “to make good, effective lifestyle choices based on the best available evidence, as the science adapts and evolves”, he says.

Chief among those lifestyle choices is what people eat. Sigurdsson makes the salutary point that despite decades of public dietary guidelines devised to optimise human health, “the world is now facing an unprecedented global epidemic of obesity and diabetes that is threatening to bring the modern health care system to its knees”.

In this same era there have been radical changes in the food environment of the Western world, he says:  “Processed food has become a big part of the regular diet, vegetable oils and margarine have replaced animal fat, and the average sugar consumption has dramatically increased.”

Many different diets now aim to reverse the epidemics of life-threatening diseases such as obesity, diabetes and heart disease that have followed in the wake of official dietary guidelines underpinning  the standard “Western diet”. These include the Paleo Diet, Mediterranean Diet, Low-Carb High-Fat diet, Low-Fat Plant-Based Diet to name but a few. Each stakes its claim to be optimal for human health; each differs in recommendations on what people should or should not eat.

Foodloose will examine these diets and interrogate the basis for dietary establishment dogma that obesity is from gluttony and sloth – that people are eating too much and exercising too little. It will  look at whether there really is a one-size-fits-all approach to optimal human nutrition as official dietary guidelines suggest.

Foodloose host is Australian TV producer and investigative journalist Dr Maryanne Demasi. Among her most successful documentaries are  Heart of the Matter Part 1 & Part 2 on statin wars and Toxic Sugar? and Low Carb Diet: Fat or fiction?. The patron is the country’s First Lady, Dorrit Moussaieff .

Here’s a peek at what’s in store for attendants: