It’s not strictly legally correct to say that the Health Professions Council of South Africa  (HPCSA) postponed its first hearing against Prof Tim Noakes on June 4, 2015. Or even that it adjourned the hearing.

It’s more correct to say it delayed the start of the hearing until November 23, 2015. Johannesburg advocate Michael van der Nest SC, a member of Noakes’ legal team, explains why:

“You can’t postpone or adjourn a hearing that hasn’t even started,” says Van der Nest .

That might sound pedantic and just semantics. However, it goes to the heart of due legal process and for us all to see that justice and fairness is present at the start of a hearing, he said. 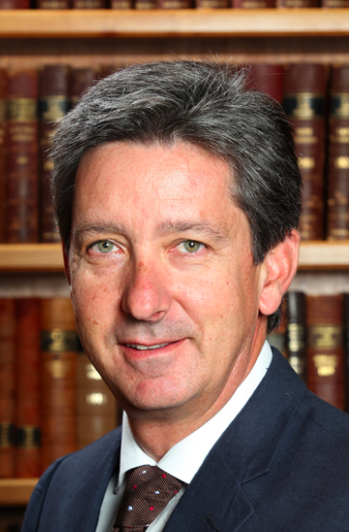 The HPCSA is a statutory body and its hearings are not courts of law. In this case, the hearing might just as well be a court of law, given all theflexing of  legal muscle that went on on both sides.

The  hearing didn’t get off the ground because the HPCSA did not constitute the Professional Conduct Committee that will hear the allegation of unprofessional conduct against Noakes correctly. It contravened  its own applicable regulations and the provisions of the Health Professions Act.

The HPCSA acted at times as if it were the star of a legal theatre of the absurd.

It is constitutionally required to have on the committee at least two members from “relevant professions” currently registered with the Medical and Dental Council’s board who could be considered Noakes’ peers. It only had one. One would have thought the HPCSA could have got the maths right on that one.

The HPCSA also tried to load the panel with a dietitian, again contravening  its own regulations.

“The fundamental point is that medical practitioners facing a charge of unprofessional conduct must be judged by their peers and the public. Members of that committee must be, and be seen to be, independent and objective. If they are not, then we have to do something about that.

“Before a committee can hear and judge a matter, it has to abide by its own rules and the HPCSA has to constitute it properly. In this case, the HPCSA did not constitute the committee in compliance with those rules.

An equally contentious issue concerned the impartiality – or lack thereof – of committee members.

“We spent the whole day arguing about this, but in the end, our view prevailed,” Pike says.

The HPCSA only notified Noakes’ legal team a little over a week before the hearing that North-West University dietetics professor Edelweiss Wentzel-Viljoen would be on the committee. Wentzel-Viljoen is chair of the HPCSA’s Professional Board for Dietetics and Nutrition.

The team wrote to Wentzel-Viljoen requesting that she recuse herself because she had issued public statements on behalf of the HPCSA. In those statements, she  warned the public against low-carb, high-fat (LCHF) diets. Thus, she was clearly not impartial or objective in this case.

The last-minute replacement was Stellenbosch University dietitian Prof Renee Blaauw. This left Noakes’ legal team with just a few days before the hearing to respond. The team also heard at the hearing that Blaauw is a member of the Association of Dietetics of South Africa (ADSA). ADSA president Claire Julsing Strydom started this  odd nutrition science ball rolling when she laid the charge against Noakes in her personal capacity way back in February 2014.

By the time the HPCSA had formulated the charged, ADSA had morphed into the “pro-forma complainant”. The HPCSA isn’t supposed to fiddle with the charge as much as it has done in this case. That was just one of many apparent irregularities, though, of course, the HPCSA denies any wrongdoing.

I would have thought the HPCSA would have known that Noakes’ legal team would vigorously object to Blaauw. And that Noakes would object to having as a “judge” over him someone in the organisation (ADSA), whose president  started the whole case against him. It was as if the HPCSA expects  Noakes to be happy to let the fox guard the henhouse.

Blaauw would certainly have a hard time persuading reasonable people that she would be free of bias.

That nicety appeared to have escaped the HPCSA and its advocate, Meshak Mapholisa. He  insisted that the HPCSA had constituted the committee correctly. Committee chair Pretoria advocate Joan Adams ruled otherwise.

Mapholisa insisted throughout that a dietitian should be on the committee. His reasoning: the case against Noakes is all about dietary advice (“unconventional” in this case). Ergo, the HPCSA should put a dietitian on it and  Blaauw should be that dietitian.

Mapholisa also said there was no need to worry about any bias from Blaauw because she  had promised to be impartial. The naivete of that was breathtaking.

Mapholisa is supposed to be prosecuting this case “without fear or favour”. However, he also seemed to buy into Strydom’s   contention that dietitians are best placed to give dietary advice.  It’s as if Strydom and ADSA believe that dietitians’ degrees confer omniscience by osmosis on optimum diet and nutrition.

That has always struck me as an odd belief because, to my mind, doctors should always know what their patients eat and drink. As the ancient Chinese proverb goes: “He that takes medicine and neglects to diet himself wastes the skill of the physician.”

Mapholisa’s insistence on having Blaauw set off another flurry of legal argument. Van der Nest pointed out again that dietitians did not qualify under the requirement of members from “relevant professions” because they were not his peers. They were not registered with the HPCSA’s medical and dental board, as was Noakes.

He also said Mapholisa could not unilaterally dictate the composition of the committee. He was legally obliged to abide by the constituted requirements. I failed to find any flaws in Van der Nest’s arguments.

Adams did her best to negotiate the judicial minefields the HPCSA set up. After an adjournment, she ruled that the committee was not properly  constituted but that Blaauw could be on it.

The committee agreed that the hearing could not proceed and delayed it until November 2015.

Pike said Noakes and his legal team were “deeply disappointed with the delay”.

“It was a strange, bitter-sweet day,” he said.

“We came prepared to hit the ground running in the event that the Committee went ahead despite our objections. These delays happen all the time in contentious proceedings. We’re happy that our view prevailed. Now we look forward to fighting the good fight in November.”

I asked Mapholisa for comment, but he declined, saying I had to go through the HPCSA communication channels. I tried that, without success. Ditto for comment from Strydom and ADSA. All have cited the sub judice rule, telling me they are not allowed to comment until the hearing has concluded. I pointed out, to no avail, that the sub judice ruling does not apply because the HPCSA is not a court of law.