Welcome to what some doctors call “statin insanity” and others call the extraordinary, wonderful world of blockbuster cholesterol-lowering drugs. 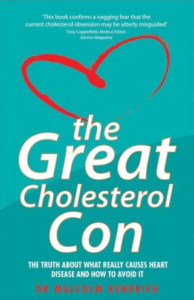 Statins have always been good at their job of lowering cholesterol. The only problem is that lowering cholesterol is not always a smart thing to do. Doctors say that it can even be harmful in some cases. That’s because your body needs cholesterol, both  “good” and “bad”. Therefore, it makes no sense to talk about cholesterol as good or bad because you’d die without it. In other words, it’s a con.

Some scientists say that there’s evidence to show that statins may even cause heart disease. They may also up your risk of diabetes, Parkinson’s, kidney failure, liver problems, cataracts and more.

So why would so many doctors want you to take statins?

Drug makers introduced cholesterol-lowering drugs  in 1987 for secondary prevention of cardiovascular disease (CVD). That is, for patients who have had a heart attack or stroke, or with established CVD.

Do they or don’t they?

Millions around the world take statins. Some doctors say the drugs have saved lives and prevented millions of heart attacks and strokes.

Others say doctors say these drugs don’t work all that well at all.  They don’t agree with the current push for statins for primary prevention of CVD. They say that’s just “statin insanity”.

The push comes in revised US guidelines the American Heart Association (AHA) and American College of Cardiology (ACC) introduced in late 2013. The guidelines dropped the 10-year CVD risk threshold to treat from 10% to 7.5%. In the UK in 2014, Oxford University professor Rory Collins and the National Institute for Clinical Excellence (NICE) have issued guidelines dropping the risk to 10%.

In the US alone, about 25 million people take statins. Guidelines could mean 10 million more on statins (some say the figure is closer to 30 million) including children, say the experts. In Britain, around 8 million people are on statins. If doctors follow NICE guidelines, another 5 million will be taking the drugs.

That’s an awful lot of people on statins, And an  awful lot of money going into the coffers of drug makers that have already made billions.

Doctors opposed to statins for primary prevention say that:

Collins is unrepentant and believes that doctors are dangerously misleading and misinforming the public about risks versus benefits of statins. He believes this creates potential for “large numbers of unnecessary deaths from heart attacks and strokes”.

I emailed Collins for further comment. He declined. That’s probably not surprising, given the withering critique  on him in HealthInsight UK.

In it, award-winning health and medical journalist Jerome Burne criticises Collins for concluding that statins are “perfectly safe”. That’s despite having “no data other than what the drug companies had published”. Burne rightly calls that “a suspect source of information”. (Some of  Burne’s  comments would be funny were they not so serious in intent.)

More recently a study shows that statins may increase the risk of Parkinson’s and Alzheimer’s. The Japanese research in  Expert Review of Clinical Pharmacology suggests that statins may actually cause  atherosclerosis (hardening of the arteries). Atherosclerosis is the leading cause of heart attacks, stroke, and peripheral vascular disease. That’s precisely the reason doctors prescribe statins in the first place.

Time to change the guidelines?

The researchers give the pharmacological mechanisms behind which statins can do this. They appear relatively restrained in their conclusions. They say the pervasive use of statins may  paradoxically aggravate the epidemic of atherosclerosis and heart failure worldwide. And they propose a critical re-evaluation of current treatment guidelines.

There appears to be consensus that the diabetes risk is real but minor and not enough to offset benefits. However, some experts say most side effects are minor and occur only in one in 1000 people. UK research published in the European Journal of Preventive Cardiology in 2014, supports this. It concludes that few common side effects were genuinely related to taking the drugs, compared with placebo.

Other experts say that researchers under-report  side effects and the incidence is at least 20%.

The Parkinson’s link is concerning. It comes in US research over 20 years, involving nearly 16,000 people, suggesting that cholesterol plays a vital role in protecting the brain and nervous system. The researchers have based their analysis on a fairly small number of cases. However,  lead author Dr Xeumei Huang says in a release, the preliminary data suggest statins do not protect against Parkinson’s disease.

Huang, neurology professor at Penn State College of Medicine,  is concerned at widespread prescription of statins. She says while more research is needed, “what’s good for the heart may not be good for the brain”.

The AHA, ACC, and NICE don’t appear to share that concern – not sufficiently to warrant any revisiting of their guidelines at any rate. NICE in particular quickly dismissed Huang’s study as “nonsense”.

Kendrick has said that if Huang’s paper is right – and he sees no reason to suspect it isn’t – the NICE guidelines will “inevitably result in hundreds of thousands of extra people developing Parkinson’s disease”. That will be at a cost of billions to the NHS – leaving aside the added suffering and Disability Added Life Years (DALYs) this will bring.

No ‘free lunch’ for any drug

Statins’ reputation has taken another knock in a class-action lawsuit over the diabetes risk in the US against the makers of Crestor (Rosuvastatin), the only branded statin remaining on the market. Lipitor (astorvastatin) is also the subject of lawsuits.

Still, as US cardiologist and  assistant professor at Harvard Medical School Dr Thomas Gaziano says, there’s “no free lunch from any medication”.

“Doctors must recognise the patient’s risk, weigh up benefit versus risk of medication, and thereafter make a sound judgment,” says Gaziano.

He says there’s “no question that statin benefits outweigh risks for secondary prevention”, and there’s “good evidence for primary prevention too”.

By way of example, Gaziano cites the large, randomised JUPITER trial published in the JAMA in 2008. Other evidence – reviews and meta-analyses of RCTs (randomised controlled trials, the gold standard of scientific research) – includes a 2013 analysis by the Cochrane Collaboration, “one of the most respected independent bodies for reviewing the literature”.

That analysis reversed the Cochrane’s own conclusion reached two years earlier. It found that evidence from the Cholesterol Treatment Trialists collaboration, led from the Clinical Trials Support Unit at Oxford and co-directed by Collins, now justifies statins in lower-risk patients.

Gaziano agrees that there’s an increased diabetes risk. However, he says that the 46% figure in the Finnish observational study overestimates the risk. And after controlling for baseline variables (regression analysis) including cholesterol and blood sugar, he says that the risk is closer to 28%.

That’s still high, but Gaziano says that it could just be from established diabetes risk factors. Data from the meta-analysis of RCTs from the Cholesterol Treatment Trialists group, for example, is lower at 9% increased relative risk.

“Cohort participants in the Finnish study taking statins still could have had the 20% to 50% reductions in mortality or having heart attacks from taking statins despite increased diabetes risk,” he says. Overwhelming benefits of statins mitigated the diabetes risk shown in the previous trials.

Gaziano doesn’t believe the new US and UK guidelines will medicalise healthy people. Cardiologists routinely advise on diet and exercise, not just drugs, and anyway, he says “healthy is relative here”.  “No one is 100% healthy, in terms of zero risk of dying or a heart attack in the next 10 years.”

He says some people are at higher risk than others. The question remains at what risk and with what interventions it makes sense to offer a medication to reduce that risk.

South African-born US cardiologist Dr Dennis Goodman is professor of medicine and director of integrative medicine at New York University. He says doctors “would be a whole lot happier if statins were harmless, but they clearly aren’t” .

Many people can’t tolerate statins. Doctors  have to decide how and for which patients we’ll use them appropriately, Goodman says. He agrees that data on statins for secondary prevention “can’t be refuted”. However, he says primary prevention data are “much softer”.

US family physician and “Denver’s Diet Doctor” Jeffry Gerber says statins have been around for nearly 30 years, they’ve had a good run, but “clearly are not a panacea.”

Gerber addresses CV risk regularly with his patients, and uses statins in his practice selectively and mostly for secondary prevention. For primary prevention, he finds the new risk calculator “problematic”. He uses additional tools to detect potential high-risk patients. These include cardiovascular imaging, advanced blood lipid testing, cardiac inflammatory markers, blood sugar and other markers for insulin resistance and pre-diabetes.

“One might say that atherosclerosis is a secondary complication of blood sugar,” Gerber says.

He considers proper diet reducing sugars, starch, grains and processed foods to be a “ sensible dietary approach” rather than using medications for primary prevention.“Research is still focused on lowering cholesterol instead of addressing atherosclerosis as a complex and inflammatory metabolic process,” Gerber says.

“The Finnish study is guilty of the same and serves as an illustration,” Gerber says.

The Finnish finding of a 46% increased (relative) risk of diabetes sounds “pretty powerful”, he says. The real relevance is very different. It involves translating relative risk into absolute risk, and working out the NNT (number needed to treat). That’s a vital figure in drug research. Gerber says it   shows how many patients need to be treated for an effect, in this case diabetes, to occur. It’s a “much better indicator of individual risk.”.

The NNT in the Finnish study works out at 1 in 18.

News drugs in the pipeline

Compare the NNT of 1 in 18 reported here, with the NNT for patients treated with a statin to prevent a heart attack (1 in 150 as reported in the general literature), and you get the really relevant finding. “Placing patients on a statin would make them 8 times (4 times based on regression analysis) more likely to develop diabetes than preventing a heart attack! ”

Although the Finnish study is observational, and has limitations, it is the first to show such a significant risk. It  adds to other studies, and builds the case for not using statins for primary prevention, Gerber says.

Other drugs in the pipeline as alternatives to statins include the class of PCSK9 inhibitors hailed as “revolutionary” two years ago.  Gerber calls them statin killers. Early trials of an experimental PCSK9 inhibitor are said to be “looking good”.

Gaziano says that while PCSK9 inhibitors are “showing promise”, they will be  more expensive than generic statins.These drugs currently don’t have “ the many years of follow-up data that statins have”.

Big Pharma doesn’t have interest in most statins now because they are generic and cheap with limited profit, he says.  “Now that the poor may finally have access to them, it would be a shame if those who have much to gain from them are scared away.”

“Look at how many have ‘normal’ cholesterol and still have a heart attack,” Motara says. “Look at populations, such as the Inuit, who have high cholesterol, eat a diet high in saturated fat and have hardly any heart disease.”

Primary CVD prevention should focus on reducing inflammation, he says. Doctors should supplement statin prescriptions with  CoQ10, an anti-inflammatory enzyme in the body depleted with statin use. Patients should also have a liver test after two weeks on statins. “This seldom happens,” Motara says.

A last word on the subject, from Dr Kailash Chand, GP and deputy chair of the British Medical Association. In a blog for The Guardian last year, he says: “Good medicine should always be evidence-based and given to the right patient at the right time.”